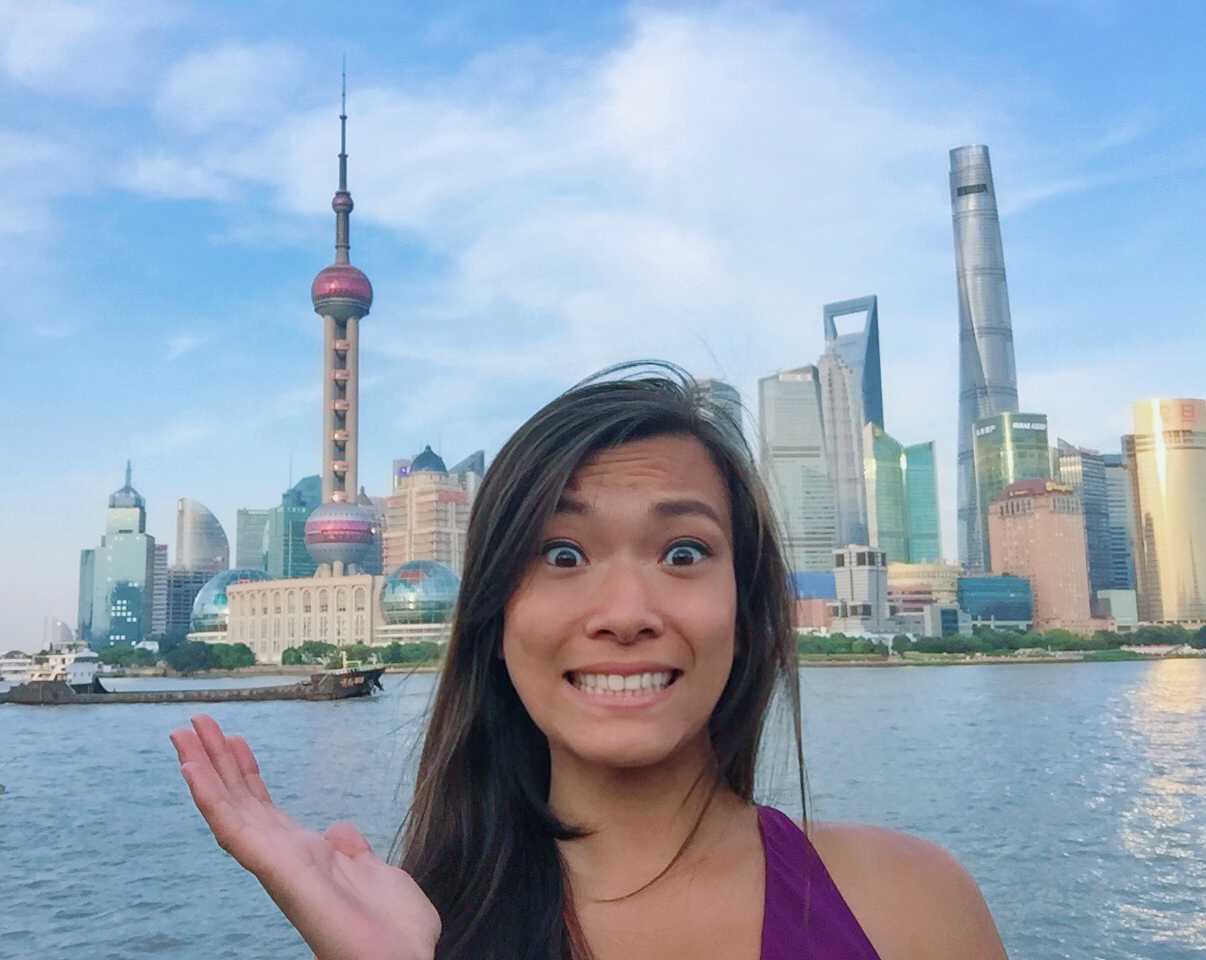 “What the hell do I do with my life now?”

Shanghai. The city that I decided would become my new home before I ever set foot in it. I arrived here late this past June, a bit travel-weary from the previous few months of blitzing around Southeast Asia. My first order of business was to lose my debit card to the gluttonous Bank of China ATM in the airport. Well shit.

We’re off to a great start.

A number of people have asked me, “Why Shanghai?” I could have picked any spot on the globe. Why did I decide to come here? Well, I’ve just jumped off of the law school train bound for alcoholism and misery. China is swiftly rising, so I thought I’d dive deep into foreign waters and see if I can swim. What opportunities await in the East? 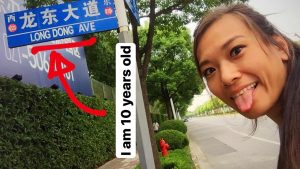 Please join me on the road to maturity.

After a few months of wanderlusting, my bank account was dangerously close to zero, and now I’ve just had one of my debit cards eaten by the Communist ATM. The nerves hit me hard. What if I couldn’t find a way to survive? What if I have to go back home to California with my tail in between my legs? I didn’t know anybody in this city. I didn’t know how to speak the language. Where to start? 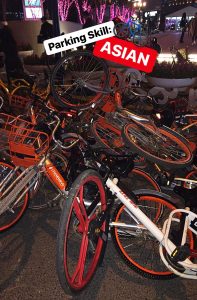 Well, BJJ. Duh. Everywhere I’ve traveled and trained, I’ve met great people who almost immediately feel like close friends. I was initially planning on joining Shanghai BJJ (SHBJJ). One of the black belts from Ralph Gracie SF had helped start the club, and I had only heard good things about it. I also couldn’t really find much else online about other BJJ academies in town.

Cue the Internet. A couple members from a gym called Warzone (Terrance & Creepy Hairy Turkish Guy), reached out to me via Reddit/Instagram, inviting me to train at their gym. They seemed non-creepy enough, in spite of the nickname, so I put Warzone on my list of gyms to check out. 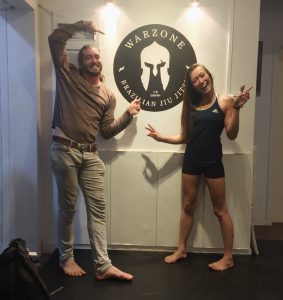 By pure chance, one of my Ralph Gracie teammates, Liam, was also visiting Shanghai at the time. We met at Warzone for my first rolls in China. It was a hot, sweaty mess; my arm was still gimpy from getting snapped in Manila (see: “Dorothy Does Manila”); everyone was trying to kill me. I was so happy. Everyone was so friendly, and most people spoke some variant of English. The gym was small, and the coaches weren’t black belts, but the training was good. The general vibe of the place reminded me of training at home, something that I was missing a lot. 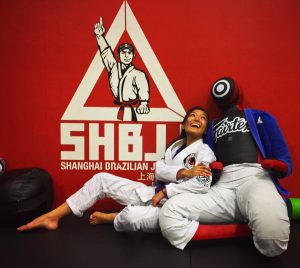 A couple days later, I wandered through the doors of the main SHBJJ academy (they have a number of satellite schools around Shanghai). I immediately noticed that the student demographic here seemed much more Chinese than Warzone’s. Class was taught in both English and Chinese, followed by sparring. The instruction was good, but I found the environment a bit awkward, albeit friendly, for various reasons.

I decided that I would make Warzone BJJ my new home. Within the first few weeks, I had somehow managed to start teaching their women’s classes and taken over their Instagram account. Apparently I’m quick to make myself at home. As the days passed, I knew that I would be ok. I would survive in Shanghai with this community behind me. 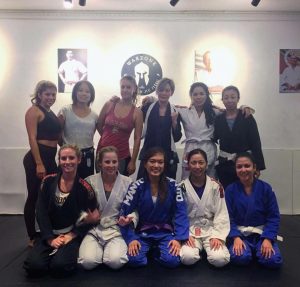 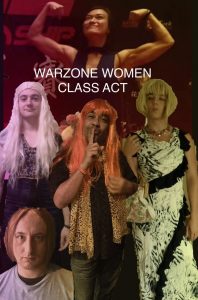 In terms of survival and being able to afford fancy things like food, I quickly found that Chinese tiger parents will pay you ridiculous amounts of money to tutor their kids at the mention of “UC Berkeley degree” and “science.” It’s not what I came here to do, and I remind myself this everyday, but it is a means to an end for now. I enrolled in an intensive Chinese language course at Shanghai Jiao Tong University, and the academic Asian fire that had been smoldering for the past few years reignited. I must academically murder all of my peers. 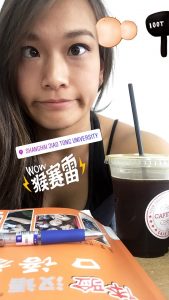 I now know useful things like 我得吃饭 (“I have to eat”) and 肏你祖宗十八代 (“Fuck your ancestors to the 19th generation”)…that’s pretty much it. I’m (very slowly) getting better, and getting accustomed to the good, bad, and WTF parts of living in China. 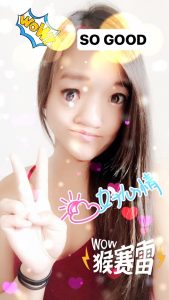 6 months after I joined Warzone, they expanded into Absolute MMA Shanghai. What was once a tiny mat space with the walls and mats falling apart, is now a beautiful academy. I’ve never seen a BJJ gym grow this rapidly in my life. The thing about BJJ being newer to China is that many of the colored belts here came from different gyms. We are all here to train and help each other, regardless of flags or affiliations. That is the kind of mentality and welcoming community that I want to be a part of and help flourish. 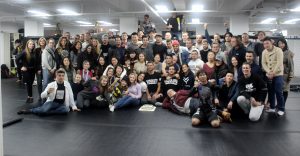 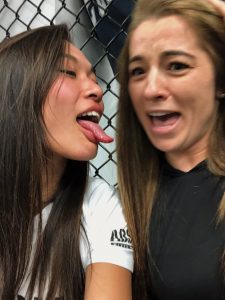 I’ve been in Shanghai 9 months now. When I left California, it felt novel. I got here and realized that no, this isn’t novel. At some point in their lives, SO many people here said “Fuck it! I’m moving to China!” and came to seek a sort of new-age “Chinese Dream” in the Wild, Wild East. I came here with an idyllic fire fueling me (some may say naïve) to learn first-hand about the world’s fastest rising economy and challenge myself to create my own livelihood. I need a slap (or knee) in the face every so often to remind myself to keep that idyllic fire burning. 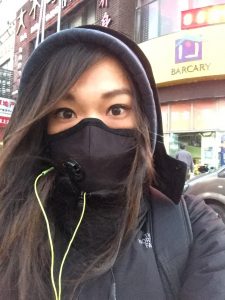 I AM BANE! #cleanair

The decision I made to leave San Francisco has perhaps been the best decision I have made in my short life. I can’t say I am completely enamoured with the city. In fact, there are a number of things that I can barely stand about Shanghai: the cigarette smoke, the smog, the spitting (…did that guy just spit on my foot?), the tackling grandmas on the metro. However, Shanghai presents the challenges and opportunities that I need right now. I owe a debt of gratitude to the new family I have found at Warzone BJJ/Absolute MMA. They’ve given me the opportunity to stay grounded in a new city, and the new friendships I’ve formed are invaluable to me.

Come play with us at Absolute MMA Shanghai if you are ever in town. I’ll choke you for free. Apparently that’s worth some money these days. 😉 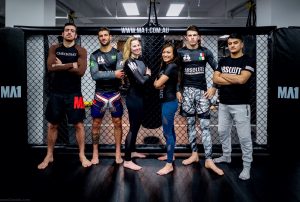 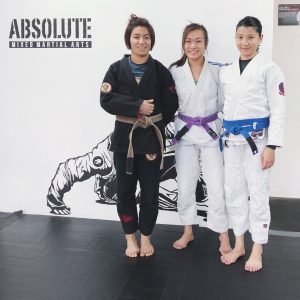 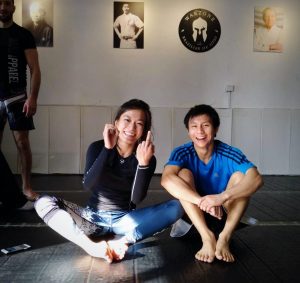 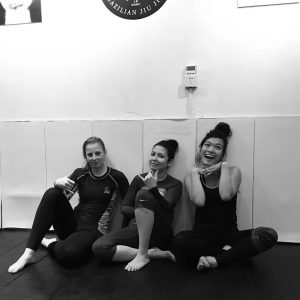 Dorothy Dao is a Ralph Gracie purple belt now based in Shanghai, China. Her interests include BJJ, walking into windows, and disappointing others. She runs a BJJ lifestyle travel blog on BJJASIA, documenting her travels and incoherent thoughts. Contrary to popular belief, she is not a ladyboy. Follow her on Instagram @dorothy_dao.