A Pugilist in the Land of the Ascending Dragon 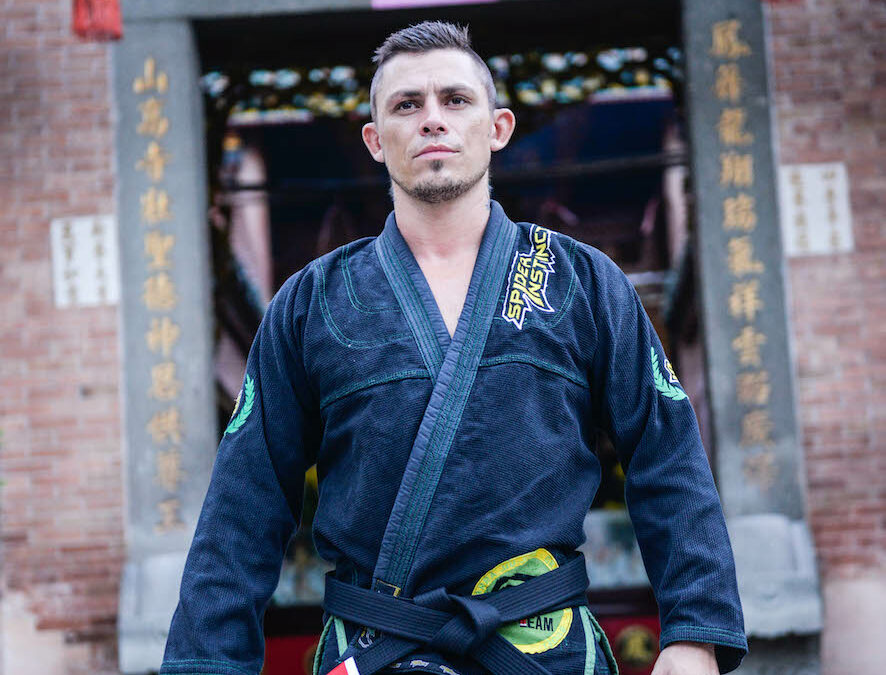 Arnaud Lepont was born in Granville, a seaside resort town in Normandy, France. As an aspiring Mixed Martial Artist intent on making a name for himself in the cage, he would move to Paris and began training with Mathieu Nicourt, one of the early pioneers of the cage in France.

Lepont proved to be a prodigious talent, and found much early success. After making his professional cage debut in 2005, he won the French Pancrase Championship, then captured a Lightweight title in Germany in 2008 before signing with ONE Championship in 2012.

He won his promotional debut in impressive fashion, before putting on several thrilling battles against top contenders, including former ONE Lightweight World Champion Shinya Aoki. Regardless of the result, the Frenchman’s top priority is always to put on a show, which has led to him becoming a firm fan favorite in the ONE Championship cage.

Now based in Vietnam we caught up with Arnaud and spoke with him regarding all things Asia and Jiu-Jitsu. 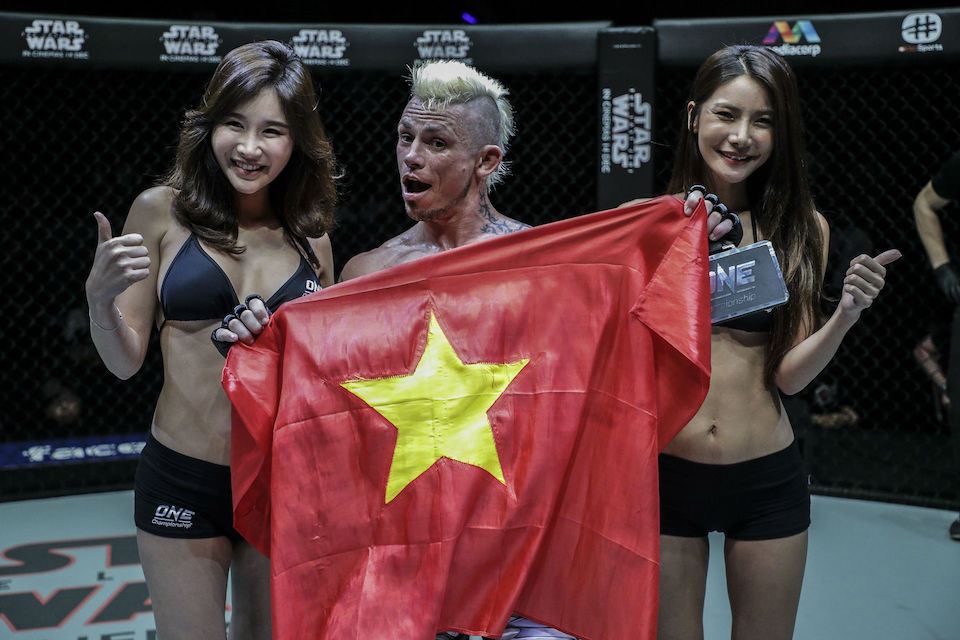 BJJASIA – What inspired you to be a Mixed Martial Artist?

The Game – I have been into Martial Arts for as long as I can remember. I was a very turbulent kid so my dad enrolled me in Karate Classes when I was only 5. I practiced for years, and then started adding new disciplines, MuayThai and BJJ along the way.

I even competed in some Paris Wrestling Open Competitions. I discovered MMA while watching UFC 2 on VHS tape but I really became addicted to the sport thanks to the Pride Shockwave 2002. The legendary fight between Noguiera and Sapp, this is the fight that made me walk through doors of the “Free Fight Academy” of Mathieu Nicourt in Paris. 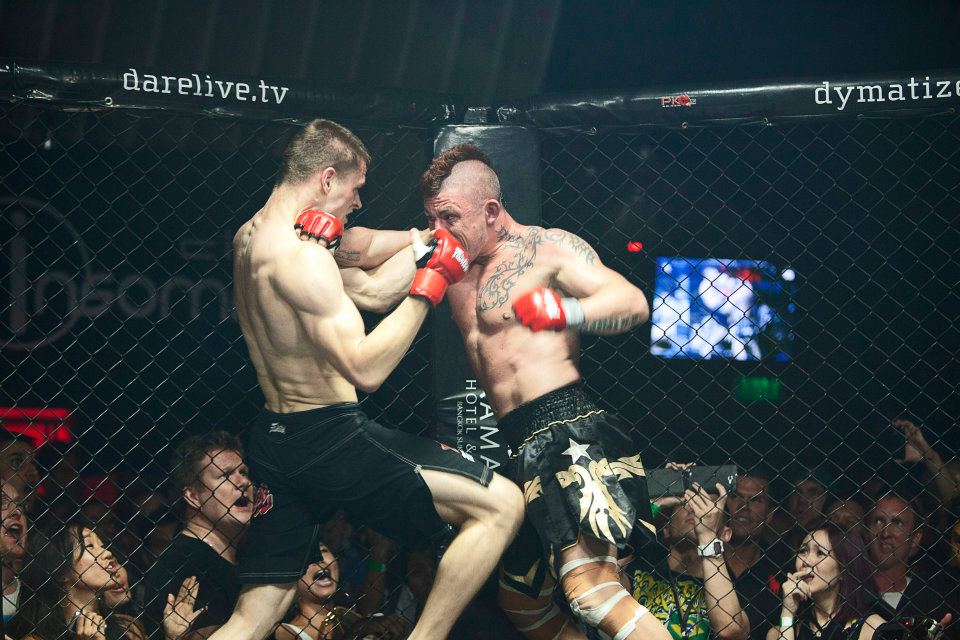 BJJASIA – In terms of competing Grappling, MMA & Jiu-Jitsu what rule set do you favor the most and why?

The Game – We can compare Grappling and BJJ but, in my opinion, we should separate MMA due to the percussions/striking that don’t exist in the other sports. I don’t favour any rule set.

I love each sport for what it is. I love Brazilian Jujitsu because of the grips, I am fond of Grappling because of the importance of pressure and control.

I am addicted to MMA because of this feeling of freedom in fighting. When I use the word freedom, I’m pointing at the fact that I am allowed to use a whole repertoire of techniques when I step in the cage; striking, wrestling and ground skills….It feels like the ultimate test for your fighting skills. 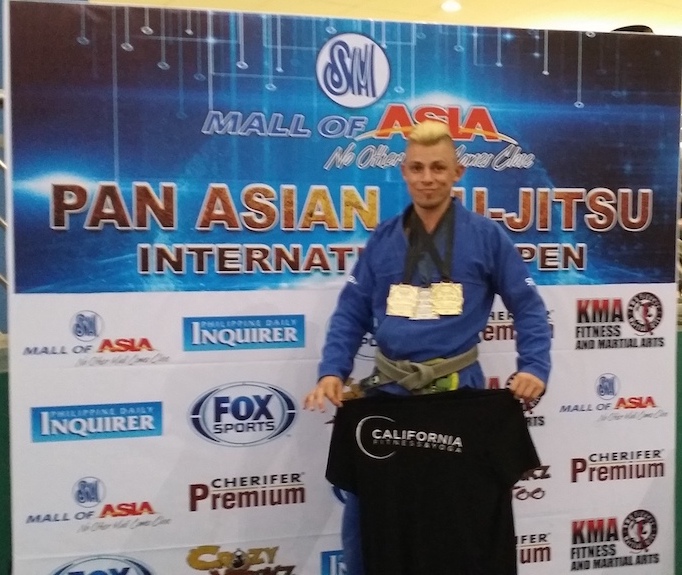 BJJASIA – What was your first impression when you started grappling?

The Game – I started with BJJ under Professor Gael Coadic, 3rd Degree Black Belt (Gael being a student of Mauricio Robbe de Almeida an 8th degree Black Belt). I honestly thought it would be easy. How difficult can it be…when you watch it from the bench, right?

Then the first time, I felt like a fish out of water. Thank God, it was addictive. I felt in love with No-Gi. To be honest, at first, I didn’t really see the importance of the Gi while focusing on MMA.

My dear friend Samir Mrabet (Head of Monarchy Gym in Malaysia) taught me the importance of also training in the Gi for improving my whole game. I am thankful for his guidance. 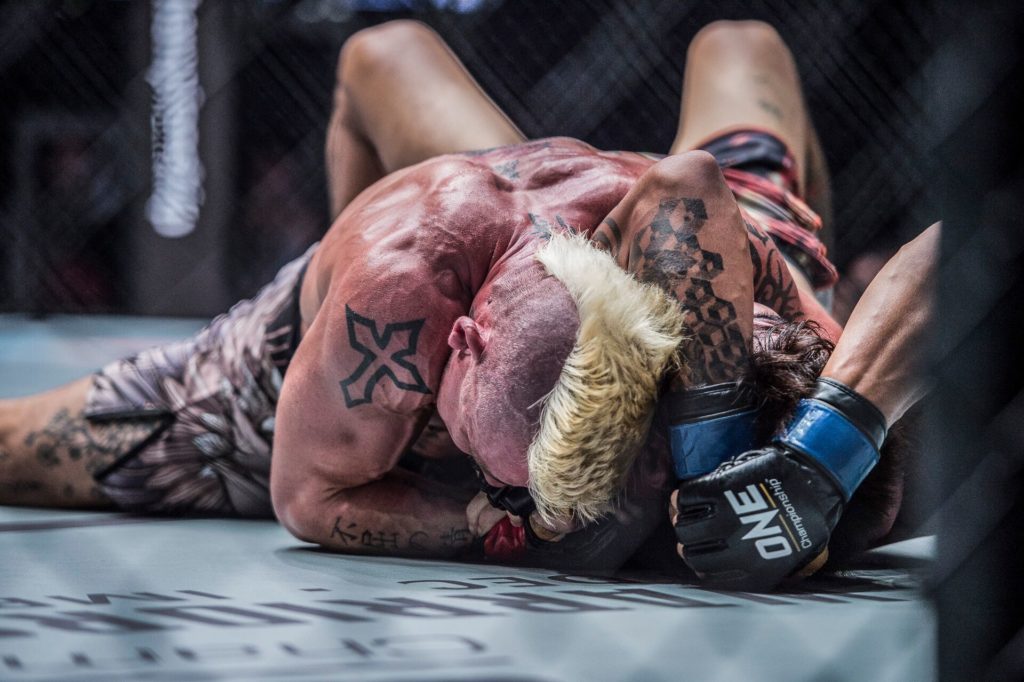 BJJASIA – You have 9 submission as an MMA fighter, do you gravitate towards grappling more or does your striking lead to submissions?

The Game – At the beginning of my career, I was really focused on Grappling and submissions. I think focusing on my striking made me change my game and ironically, I believe I was more efficient when I was focusing mostly on my ground skills.

When you compete in MMA and want to get better, you start to put more time in your flaws, so you get more “well rounded” but spending less time practicing what you are good at and it can lead to dilution of your skills. 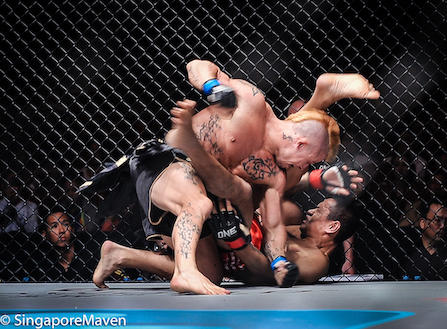 Add a Pinch of Striking

BJJASIA – You are very well travelled in Asia, why did you decide to move to Asia?

The Game – I was making back and forth trips between Paris and Bangkok. I started to also visit Saigon. I was living a desk job; I was an accountant in a renowned Bank. I woke up one morning and I told myself I would go all in. It was difficult to work during the day, train in the evening and fight on the weekends.

One day I woke up and decided that I had had enough. Better live with remorse than regrets. So I booked a one way ticket to Bangkok. I had my ups and downs but I am like a cat, I always land on my feet. 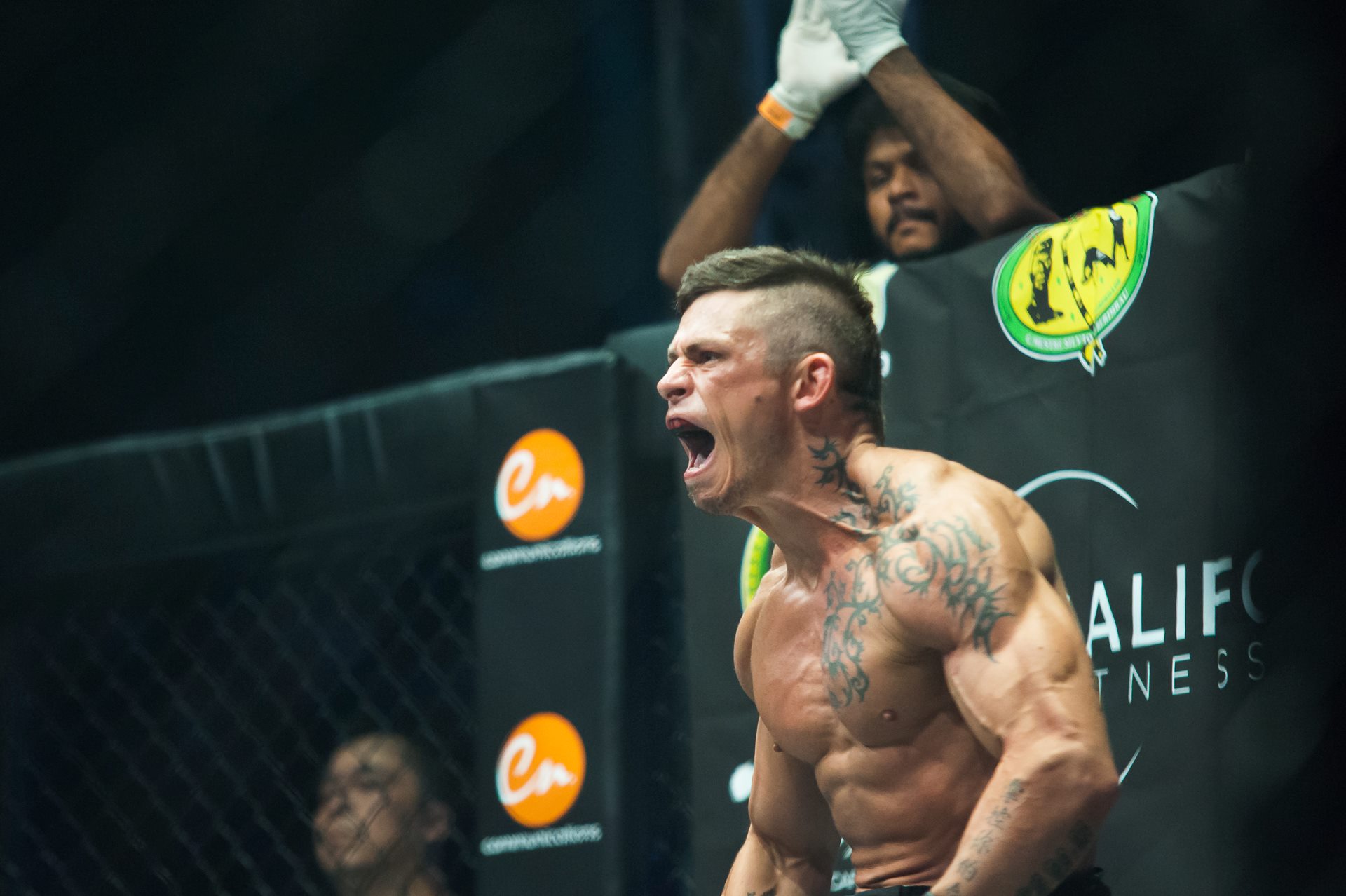 BJJASIA – You seem to have been in Vietnam the longest. What brought you there and what do you currently do?

I knew opening a gym in Thailand as a farang would be tough. Few made the move and try Vietnam. I thought it was the perfect spot. I had a gym and focused on my fighting career. Later, I had the opportunity to sign with the biggest Fitness group in Vietnam, California Fitness and Yoga centre’s.

Working under a well known brand gives one a sense of “safety” and a strong “career path”. I am a Master Trainer for them, in Fitness and Martial Arts; and I also manage the staffing for the first UFC Gym of Vietnam. 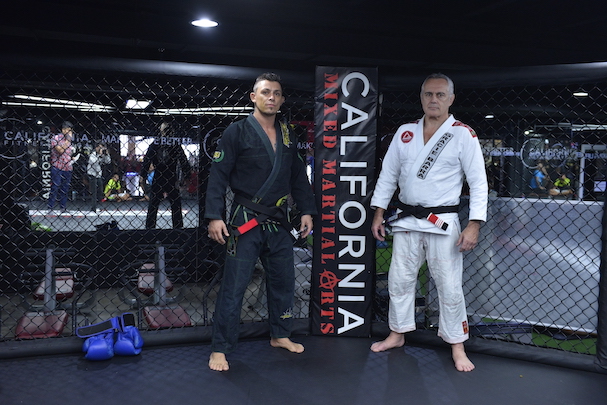 BJJASIA – What was the most influential or biggest personal achievement in your competitive career so far?

As a MMA fighter, I do believe that the fight between myself and Cris Haja at Dare Fighting Championship. Haja was undefeated. It was the first Quarterfinal of the Million Dollar Tournament. It was big in SEA at that time.

It was the fight that gave me the opportunity to sign with One. On a BJJ level, winning the Absolute at the Pan Asians in 2015 facing Taiwan Leg locks superstar, Daniel “Danimal” Reid in the finals. 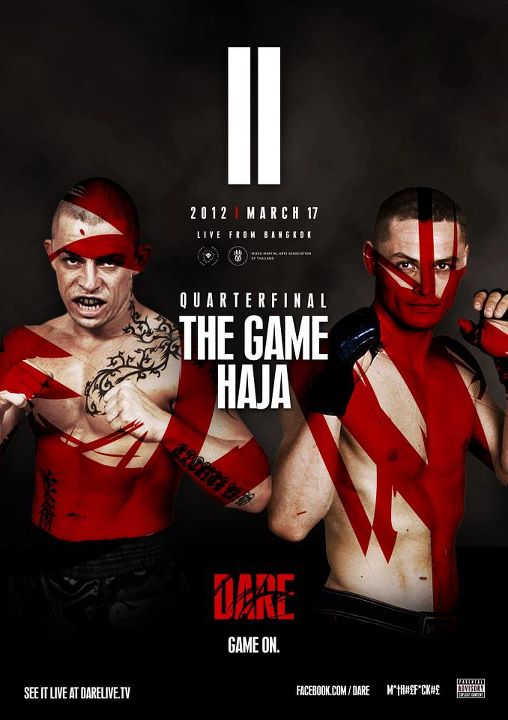 BJJASIA – How has the training environment evolved in Vietnam?

The people of Vietnam love Martial Arts. BJJ and MMA have been slowly growing for the past 10 years, but you can clearly see a sharp rise over the last 5 years. 10 years ago, all I can remember is two underground academies and a hand full of students in each one of them.

Now you have some well-known and established training spots with sometimes up to 40 students on the mat.

BJJASIA – How would you evaluate the current level of Jiu-Jitsu in Vietnam and for that matter the active grapplers in Vietnam?

The level is growing fast because of the dedication the students have and the attraction of a beautiful country like Vietnam. We have some locals and foreigners living in the country who have a really solid game. I have some legit brown belts under my lineage like Tien Anh Ngo Vu and Le Cuong who run Ronin BJJ in North Vietnam, Hanoi.

I also awarded a Black Belt to UK ADCC winner and Former Bellator Fighter Dan Vinni, who makes back and forth trips between Europe and Asia to manage his fighting career.

Most high level belts are foreign Professors sharing their knowledge and not competing anymore. Meanwhile, they are preparing the future of our countries competitive scene.

As I said earlier, I think the land of “Ascending Dragon” will soon dominate the Asian scene alongside Thailand, Taiwan and Japan. 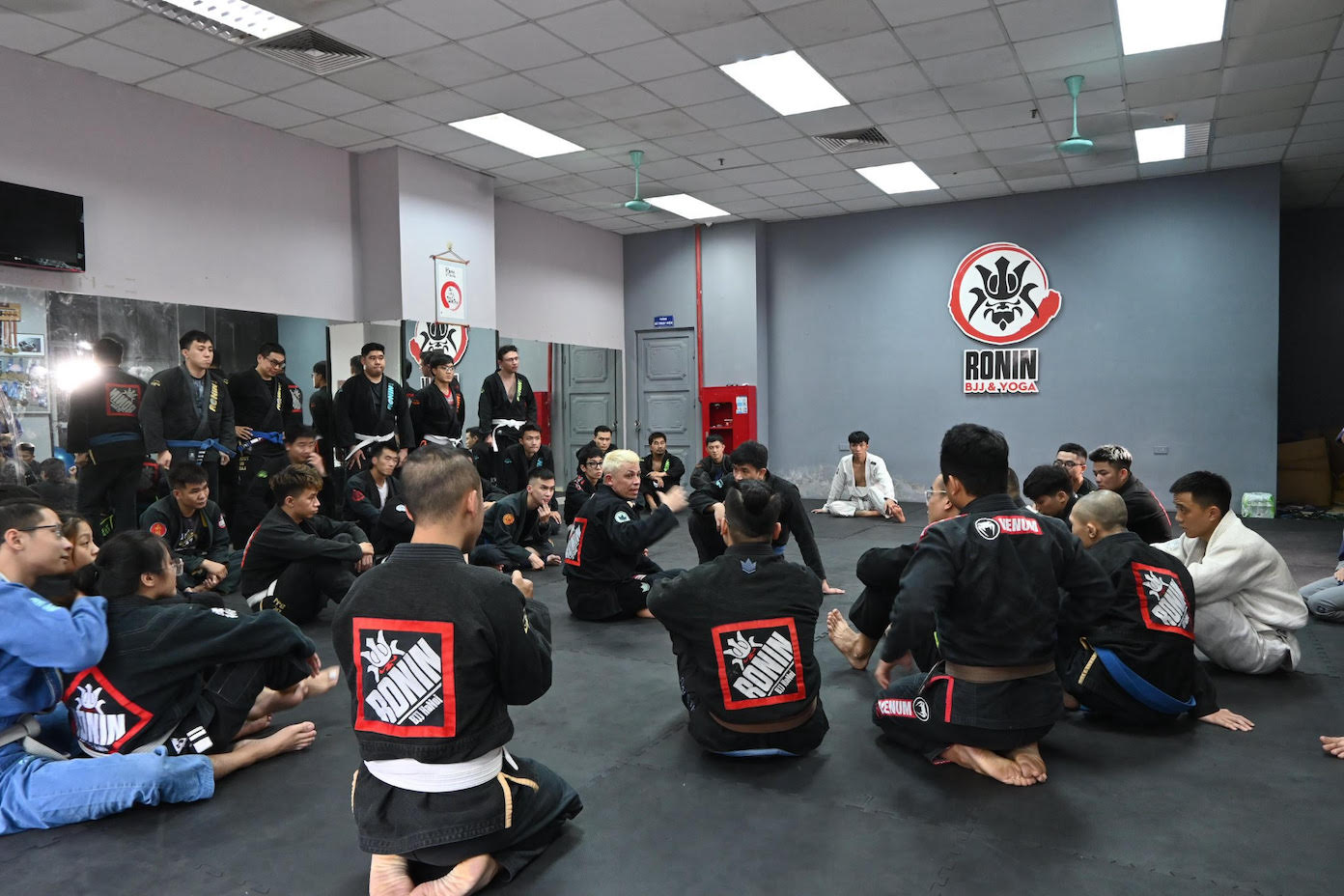 BJJASIA – Which country do you think is the fastest growing in terms of grappling in Asia now?

That’s a tough question, especially following these two years of Pandemic. I do believe Japan and Thailand will, once again, lead the scene, due to the origin of the sport, the mindset and the tourist traffic.

Personally, if I had to do a training camp, I would still go to Phuket as there is a very high ratio of top level sparring partners. 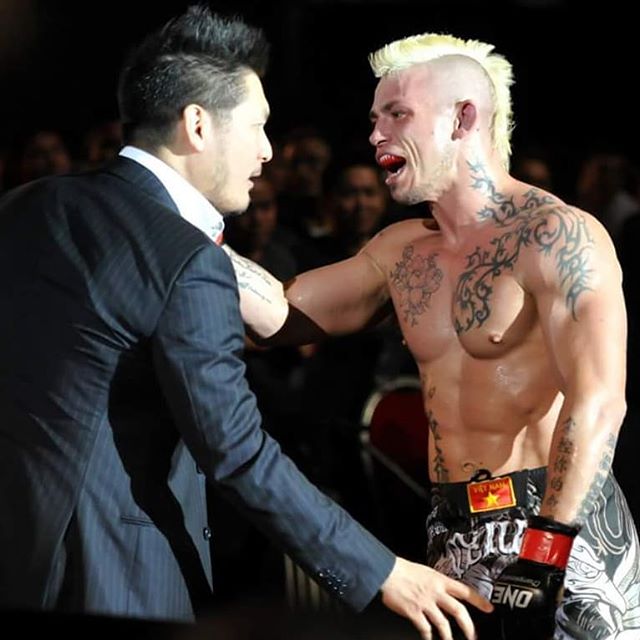 With the Big Boss

BJJASIA – How would you make Jiu-Jitsu more mainstream in Asia/Vietnam?

To make it Mainstream, you have to make it “Cool” and accessible. This is all about the marketing behind it. We need more televised events, competition and affordable gyms to get a snowball effect. 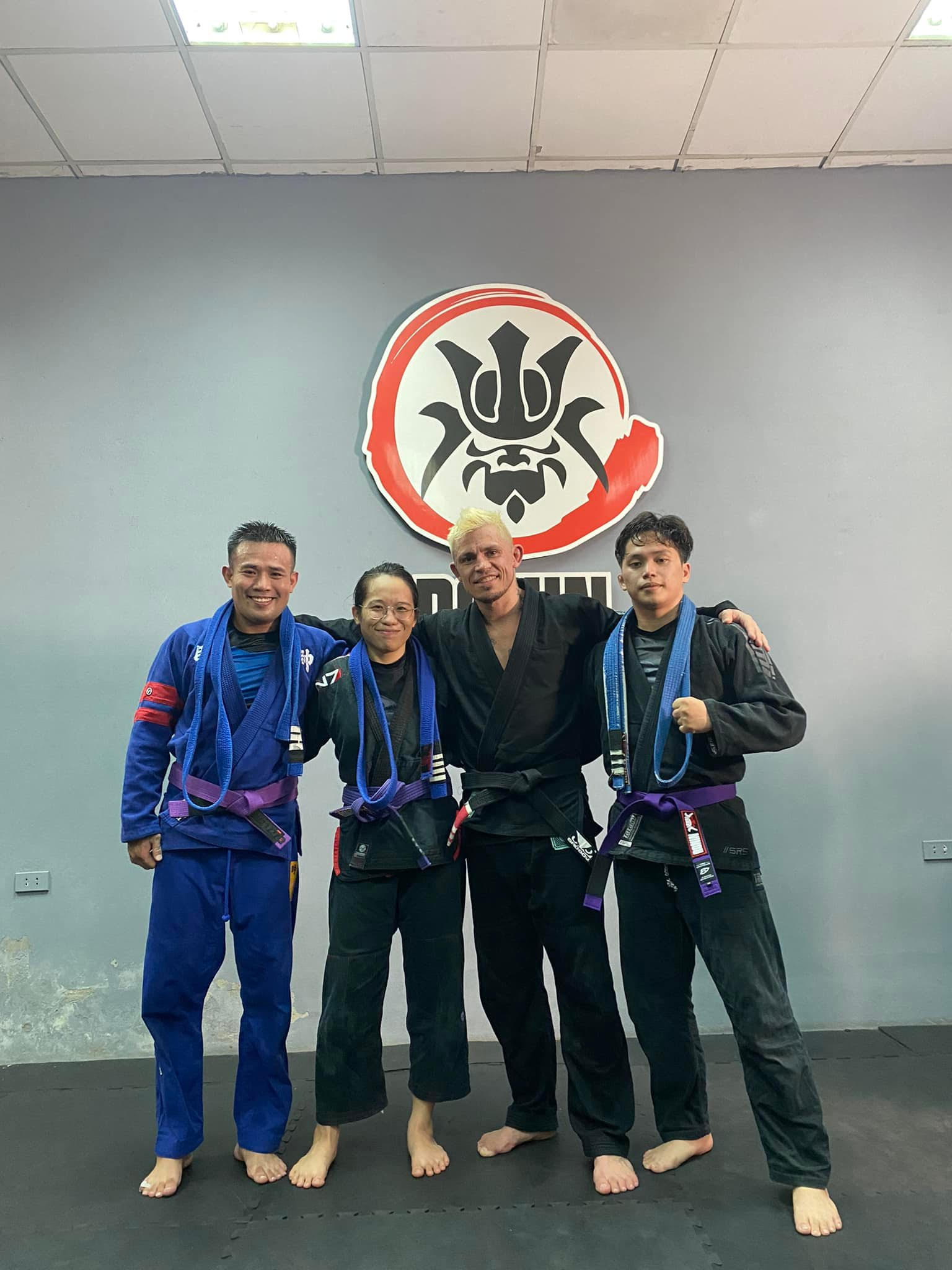 BJJASIA – What are your future aspirations?

I had a long career and sadly my best years are behind me. I finally got out of my contract with One in 2021. I am still hoping to have one or two MMA fights by next year and compete in Gi/NoGi.

I would love test myself in the land of the samurai, Japan. Japan has always had a special place in my heart. MMA wise, now the sport is legalized in France, I pray that I can have a last battle where it all began, in Paris. 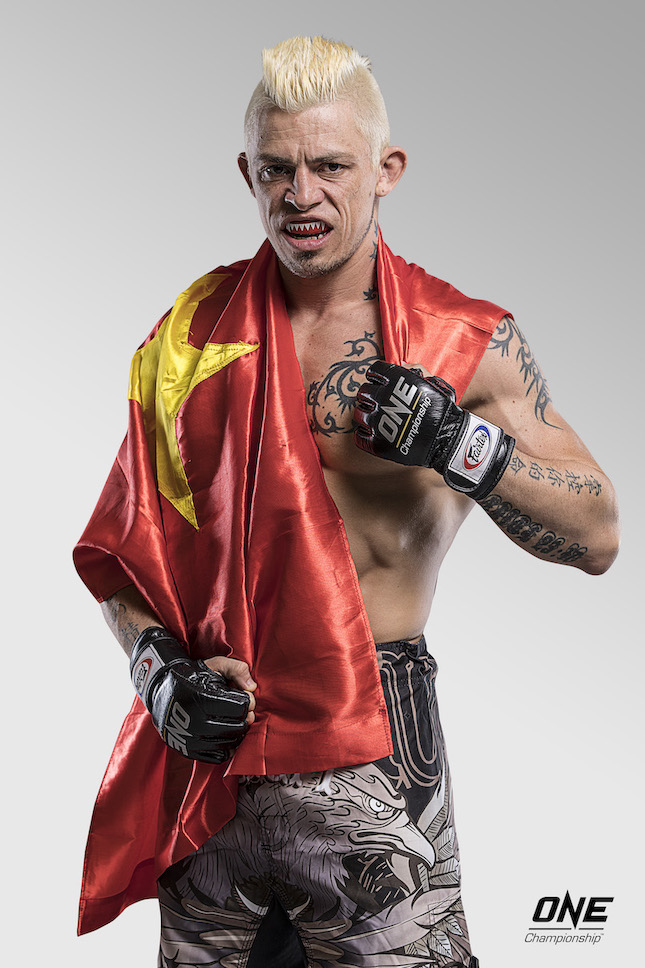 My students at Ronin Jiu-Jitsu in Hanoi, my family who always keep my feet on the ground and help me to see clear in my career path, my first MMA Professor Mathieu “Warrior” Nicourt at Free Fight Academy Paris, My lineage Professor Gael “Fox” Coadic from Gracie Barra, my longtime friend and sparring partner Vinod Dave Greywal, all my friends and Fans who still support me and follow my Facebook