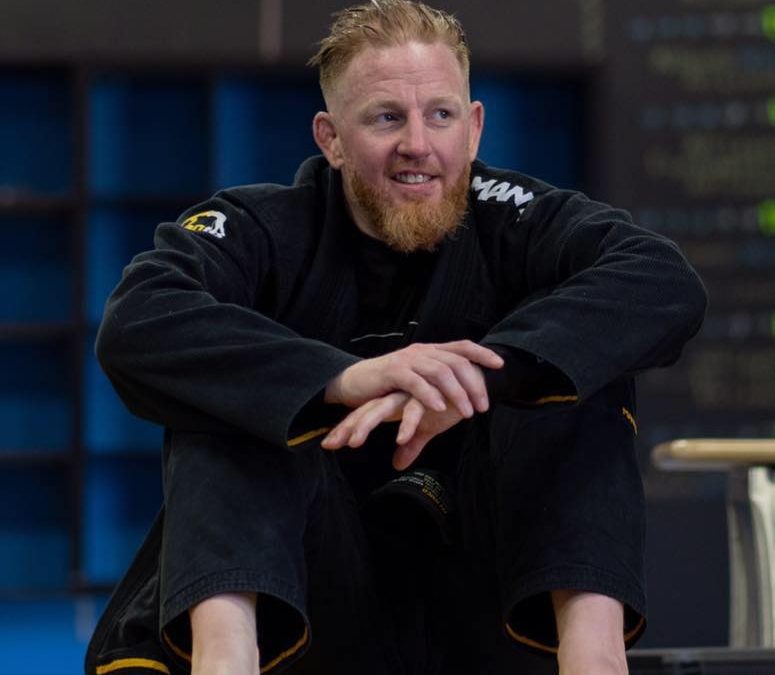 On June 19th, 2019, I received an email from an emergency room doctor who has just begun Jiu Jitsu. He found my blog about strokes in relation to Jiu Jitsu and had some great questions that I wanted to address for the entire BJJ community.

“Hi Chris,
“I’m a BJJ newbie that’s emailing you with a question in response to your very illuminating series of posts you wrote on Medium regarding BJJ and stroke. Thank you for writing this all, it’s been incredibly informative. I’m an ER doc that’s been doing BJJ for about a month — I really like it. After I got guillotined for the first time I became somewhat concerned about the risks of injury from BJJ — it seemed pretty logical that you could get a carotid or vertebral dissection from this sport based on the strength of the choke/ways you fall. I did some research on this and came to your series of posts. I had two questions I was hoping to ask you:”
Q1A: Based on the stories you’ve gathered, does it seem like the major damage is being done by holding out too long during the choke, or have you heard of stories where this is happening during even mild chokes?

My Answer To Q1A: In my personal experience, I am unable to say for certain which choke initially caused my carotid artery (CA) to tear. I also absolutely cannot tell you how long I walked around with a tear in my carotid artery as no one knows that for sure. However, the doctors said my clot (which was on the tear) was significantly large even after they administered the TPA drug, which is also why my medical team decided to put a stent in my neck.

In my personal opinion, I would say that I probably tore the artery many weeks prior to my stroke and it never fully repaired due to continued practicing after the injury occurred. All that said, I can confirm that the direct cause of my stroke was holding out too long on the North / South choke, which ultimately shot the clot to my brain. This instantly led to my stroke.

Looking back, I now recognize that I had experienced right side blurry vision after a practice one night, which I believe was a few months prior to my stroke. Although I did mention this to a teammate, we brushed it off as a small concussion. While these symptoms occurred a bit before the stroke, I also experienced other symptoms only days prior to the stroke. Some of these included a sore throat and other symptoms typically ascribed to the common cold or flu. Whatever these potential symptoms may mean, one certain fact is that the clot was on the CA prior to the North/South Choke I mentioned previously. I got stuck in this choke during “rolling” with my teammate Rob Smith of Milwaukee, WI. I did not tap because I was breathing and I thought I might get out of the choke if he adjusted and I gained some room to move. Since I was drilling and practicing a significant number of back take drills and choke transitions from the back take during the months prior to the stroke, I think it is very likely that the amount of chokes and choke escape during the month prior to my stroke caused my injury and prevented it from fully healing.

In other cases of stroke related to the sport, however, the condition was not related to chokes at all. Some cases were caused from being stacked up too much, and even others were from a hard cross-face. In the case of 19-year-old Ronaldo Silva in Brazil, a stroke was caused simply from hanging pull-ups with a GI, which may have been caused by the hinge back on the neck. Doctors still cannot say for certain what caused Silva’s stroke, according to the Dream Project, but my guess is that he had a tear which went undetected. We are finding that modern medicine has struggled to identify tears in young patients, which is due in part to the fact that they are not ordering the necessary tests. Our studies to date have found that imaging without contrast is missing most dissections in BJJ and even non-BJJ related injuries. In other words, they are looking for a clot when the patients come to the ER, where they should be looking for a tear in young healthy jiu-jitsu practitioners with stroke like symptoms.

Although many of these instances result from the patient trying to fight out of the choke, other cases were just from the repetitions in practice (example, Duane & Erik). As of now, we are finding that CADs and VADs are the cause of over 80% of the strokes we have found in Jiu Jitsu athletes.

Q1B: “I am assuming if this happened in the latter instance, there must have been some significant preceding neck injury that led to the dissection.”

My Answer to Q1B:

In my case, this is true. However, we cannot say for sure at this point regarding these incidents at large.

Q2A:. “For a person that’s just starting to spar, what should I be doing or saying to my training partners to lower this risk? I’m thinking the best things that you can do are telling your partner to go easy on the neck and that you should tap out early to any major choke.”

My Answer to Q2A:

To be honest, most of the coaches I have spoken with about this subject matter have really been unaware that anything like this could happen. Head coach of Gracie Farmington Valley BJJ, Jay Bell is one of the coaches who admitted that he was unaware that this could happen in our sport, however he has taken personal action to spread awareness to this topic after one of his students also suffered a massive accident on the mats:

Jiu Jitsu is a relatively new martial art /(sport), so many of the cases we are currently discovering are not well-documented. However, many participants are reaching out to me with their stories because they are making connections with the topic to their own experiences. One major way to help prevent prevent strokes in BJJ is to share the experiences and data (like this article) as we learn of them with other trainers, students, and doctors. You can help your school and ER by sharing our stories and learning from them.

I would guess that the majority, maybe even 95%, of the BJJ community is unaware that something like this could even happen. This belief was reinforced when I recently traveled to speak at the Arizona BJJ Coaches conference to bring awareness to the coaches, they had no idea.

We are currently working to spread the word even more.

In fact, a fellow survivor, Black Belt and ERPA Josh Verra, and I are planning to speak to more coaches and communities to bring awareness to this risk.

Everyone in the BJJ community should remember that they always have the ability to tap out and based on the knowledge and stories I am working to share with the community, I would recommend choosing to tap sooner rather than risking these ranges. Other ways to protect yourself might include asking yourself; “Do I know how to escape chokes?” If you do not, you might think about letting your training partner know that you are not comfortable rolling with chokes because you do not know the escapes yet. Otherwise, you might really focus your time and energy on learning new ways to break collar grips, pay closer attention to where you leave your neck, and instead of trying to focus on submissions in the white belt years, focus your studies on escaping chokes, or better yet, preventing them.

As I mentioned previously, Josh Verra and I have been accumulating as much data as we can on this subject because to date there has been a limited number of medical studies on this topic. The following three links are the only medical reports that we have found thus far:

Of course, in addition to the above medical studies, we have compiled a list of over 70 cases and are documenting many of the interviews on my Youtube Channel, which can be found at the following link:

My experience has led me to a desire to share the risks of BJJ. My hope in sharing my story and the stories of others is not to prevent the practice of the sport, but to promote safe practice. BJJ can truly enhance the lives of its students, but we should always be aware of the risks and prevention strategies to maintain a full and healthy lifestyle.

Chris Martin is a father first and a Brazilian Jiu-Jitsu Coach. A stroke survivor.

You can connect with him Via @bizjitsu and his website www.MartialArtrepreneur.com