Post-Op Mac – The Road to Recovery 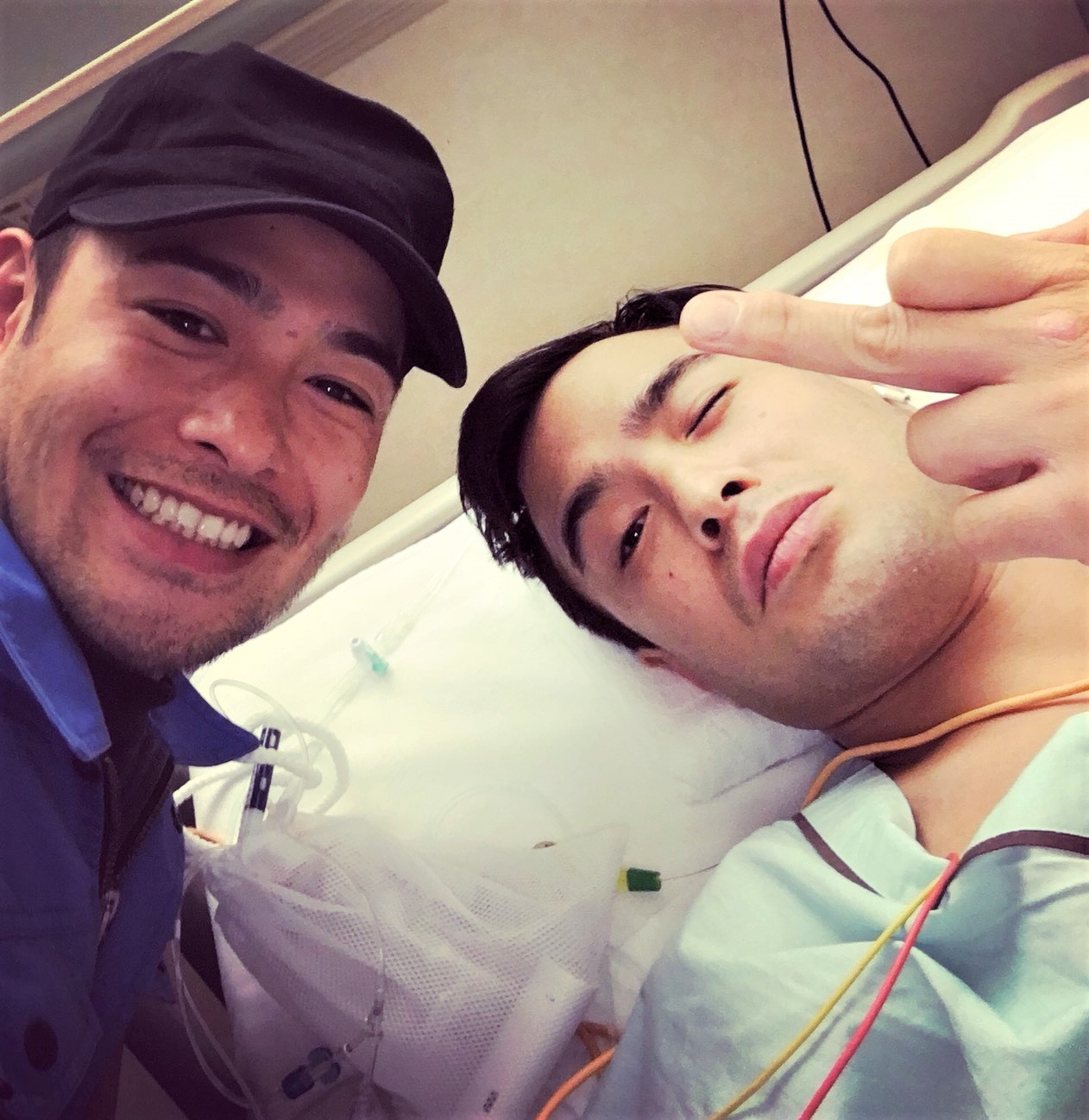 Not being able to do much due to injury is one thing, recovering after getting the issue resolved is another. I accepted that recovery was going to take a while and that the physical therapy was a matter to be taken seriously.

The first week was relatively uneventful and I was using crutches regularly again as the knee was quite stiff to bend. I had to keep the bandage and plaster on for two weeks and was told the operated area would have to be covered in cling film when showering. That meant no sauna, no swimming pool and strictly no exertion on the knee for the time being. The soft impact physical therapy exercises provided were the only exercises allowed. 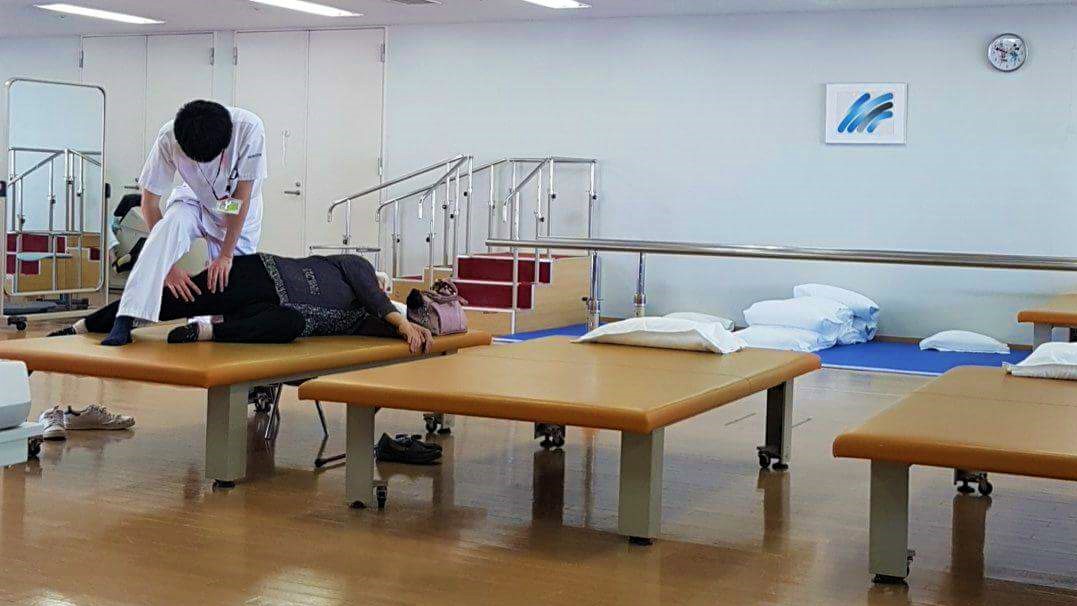 I was glad to note however that I was able to put a certain amount of weight on the knee and hobble to an extent when moving around the house. Prior to surgery it was just a shooting pain in the joint whenever my I put any weight on the affected leg.

By the end of the first week I was able to limp without any crutches, which all considering was a mile stone from the 3 weeks prior of crutch life. However, due to the strain the surgery had and the powerful antibiotics had on my body I was bedridden for 3 days with a high fever not long after my surgery. I am not sure what brought on the fever however by the fourth day I was significantly better and hobbling around my house with higher spirits.

What was it like walking without crutches for the first time? Awkward, I was walking as if my leg was a piece of wood lifting my leg each step from my hip which did cause some lower back pain for the following weeks to come. All in all the mild discomfort disappeared eventually and the knee started to bend slightly and by the second PT I had made some improvements on the angle the knee could bend. (120 degrees) 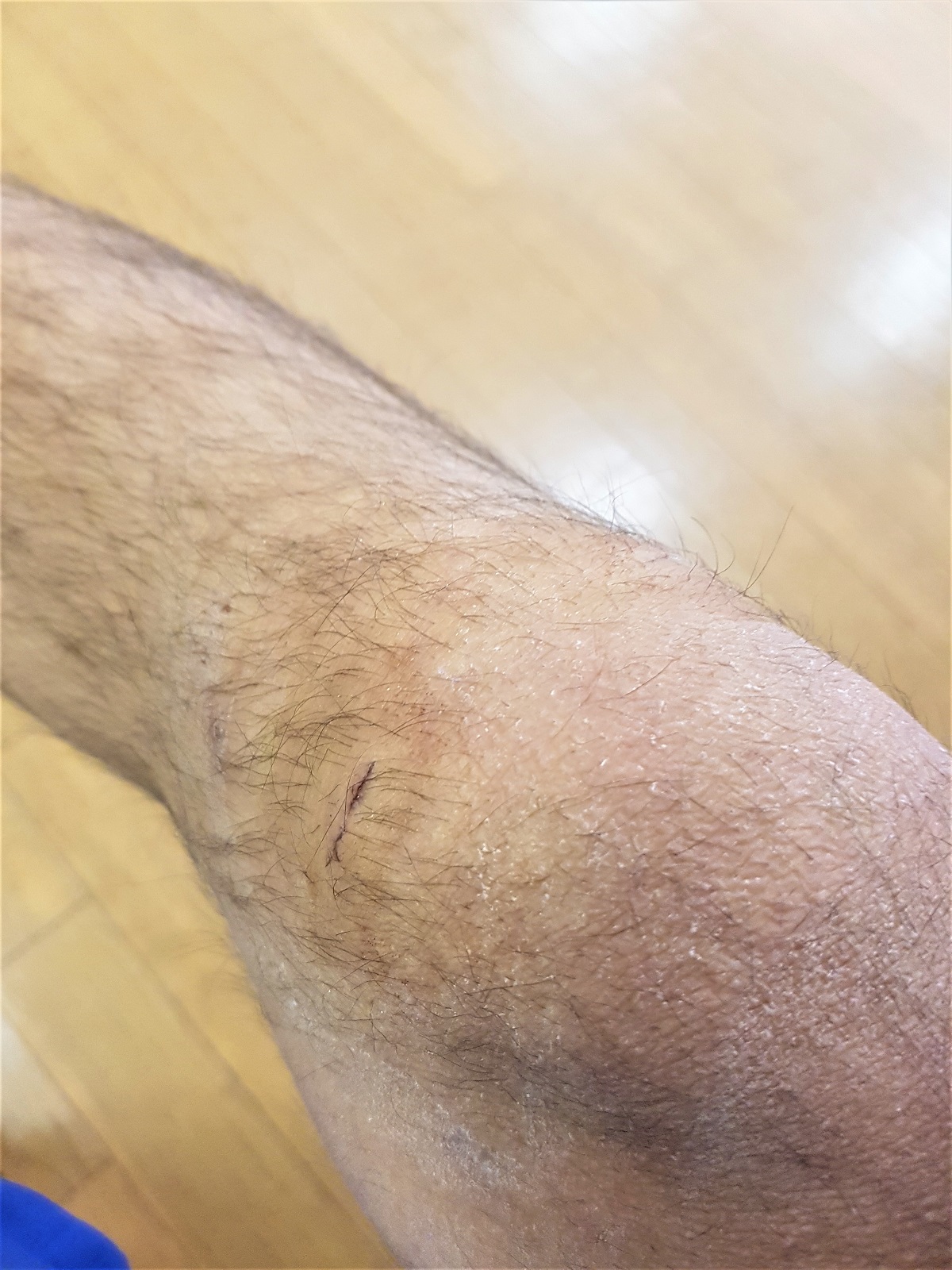 It looks worse than it feels

After the second week post-surgery I had taken off the bandage and was given the all clear to start showering without cling film. Wrapping my leg when I took two showers a day was getting quite old and I was glad that I was able to shower and sweat in the sauna with no fanfare. The physical therapy was stepping up and I was given a new set of exercises to do and was told I could start on the aero bike as a means of cardiovascular training. Running or high impact exercises such as dashing was out of the question, the orthopedic surgeon iterated that realistically it would take 12 weeks at least before it was safe to do so.

Exercises revolved heavily around shallow squats, quadriceps and hamstring curls with some calf raises mixed in. This was done religiously 3 times a day at 3 sets of 20. To keep it more fun I started to add light kettle-bell exercises and goblet squats to make sure I had worked out. The workout pace was still sluggish however it was good to be able to move the body again. No BJJ in my life still lingered and I was doing what I could to keep active and get back to the mats and by the second doctor checkup and PT new exercises were given and the doctor was happy with the progression of my knee. (130 degrees) 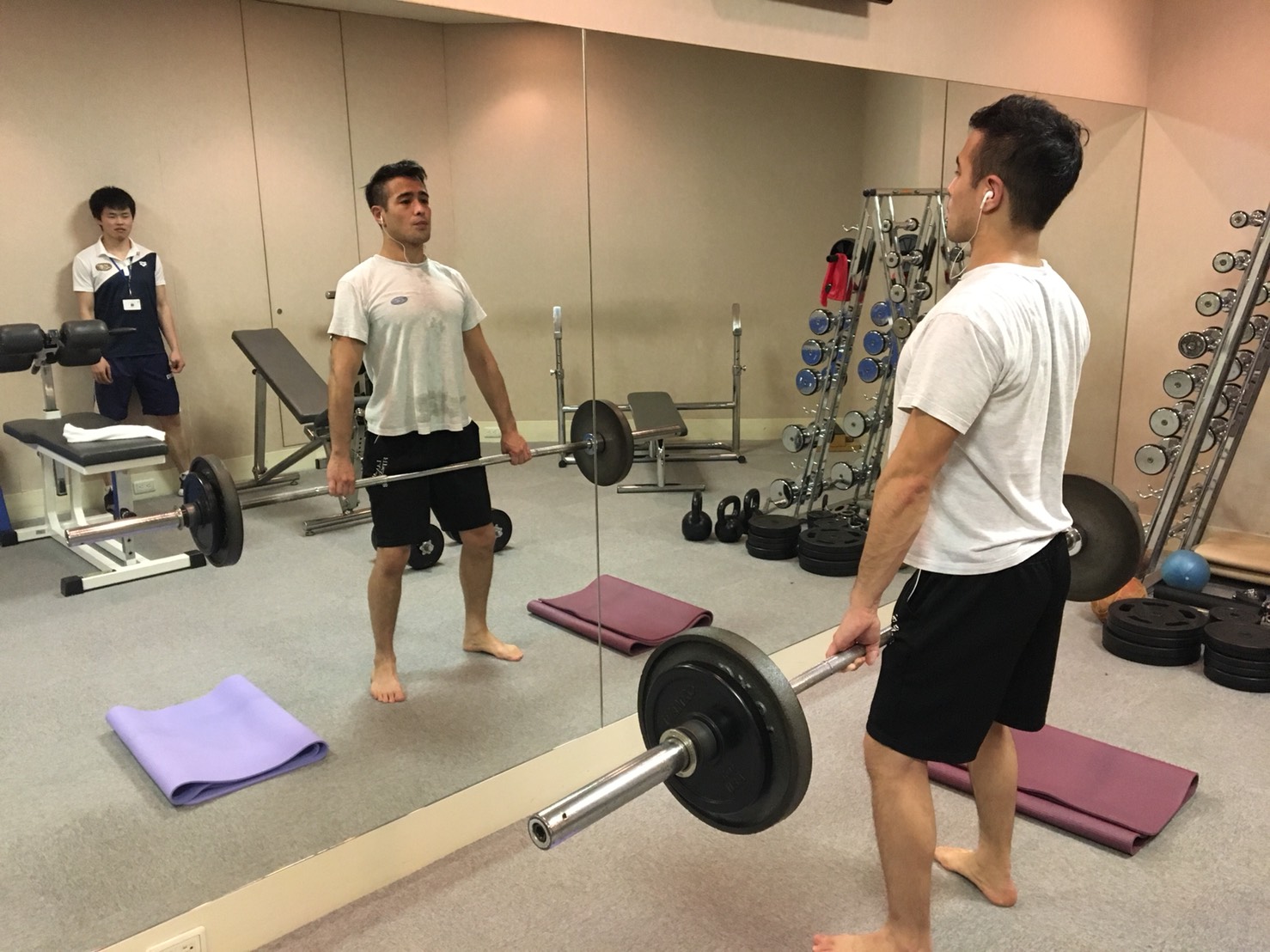 Under the watchful gaze of a fine young trainer

By week 4, I am on the aero bike for 20 minutes 4 to 5 times a week (with permission) giving it laldy trying to maintain some semblance of cardio, ending with a hot bath and forcibly bending my knee as far as possible. Rolling cardio and general cardio is a very different thing and I was dreading to think of the hiding I would receive going back. Lifting was progressing steadily with 90 kg dead lifts possible with no pain or knee issues.

At the week 6 post-op appointment the doctor urged to force some more knee bending to get back to my formal kneeling passing positions. The Physiotherapist has advised the same with some advanced rehabilitation exercises added. Namely walking in a squat position for a length, making sure my hips would not elevate during the squatted walk, lunging with as much control as possible on an unstable surface and going into the squat position bending to my right with hips being level. My right knee can now bend to 140 degrees with a little strain.

There was a little scare on week 5 prior where the stitching was popping out causing the wound to get weepy with pus inside, which I quickly got covered in salve and wrapped up. If you’ve experienced a staph infection like I have you know to get that seen to immediately. So, at this doctor’s appointment I made it clear I would like the stitching cut out which he did. 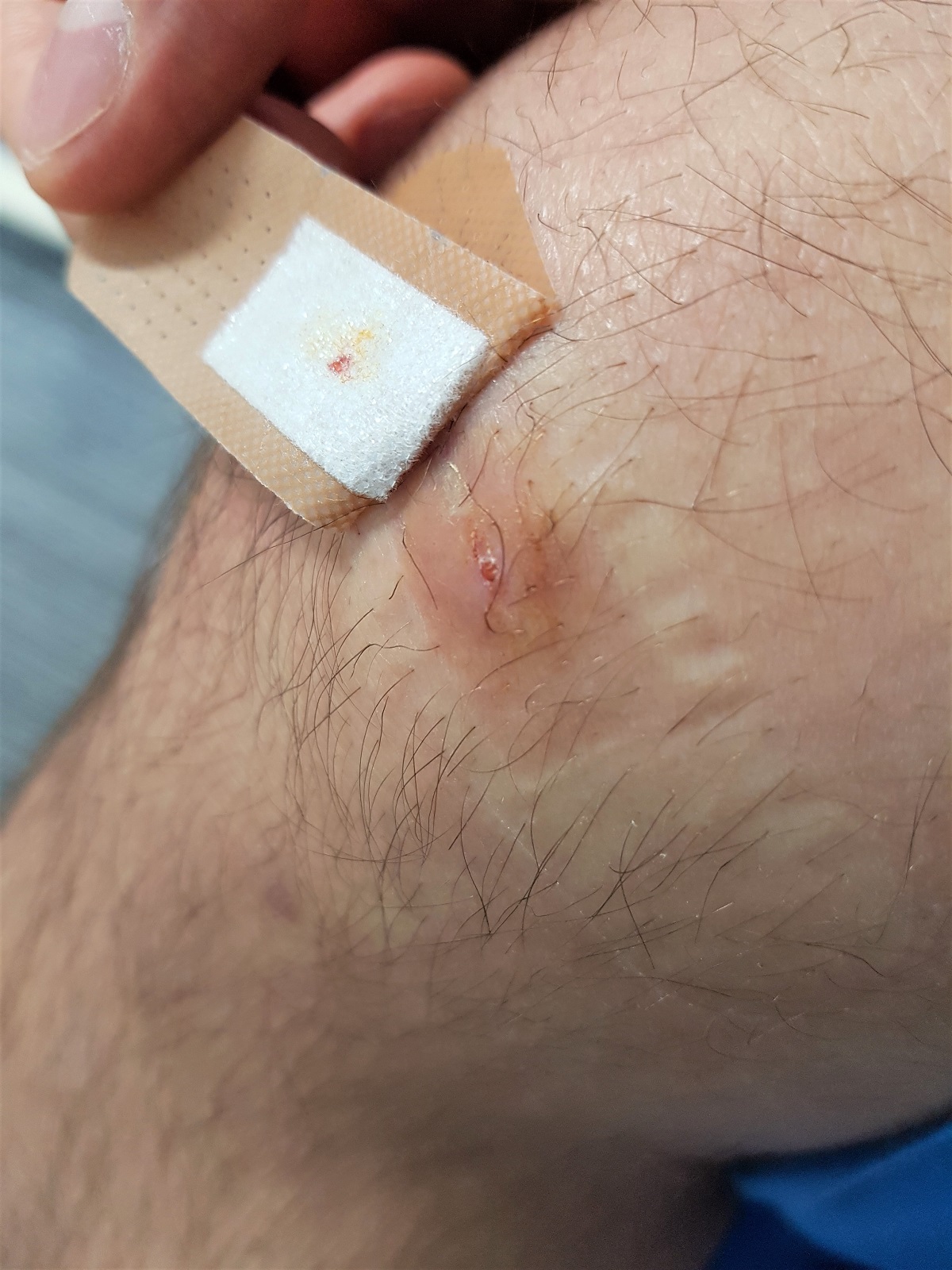 By this point I am sick of not training, sick of the gym, sick of watching competitions go past me and sick of not being on the mats. My confidence in my knee is not there and by week 7 I say f*** it and decide it’s high time I pack my gi and head to class. Once I arrived the smell hits me, the familiar emotions rush in and a sense of relief washes over as I joined the class with a huge smile on my face.

Of course, in reality having just had knee surgery the training did not go smoothly. Takedown drills are limited to the good knee and you have to be wary of passing from the knees. Rolling is very tentative and weighing on average around 68kg I made a rule to not roll with anyone over 80kg.

Damn did it feel good to roll, even if my timing was way off.

Now heading into week 12 and more so than ever I’m listening to my body. I can roll a little but I make sure I have ice handy after training and to forgo anything too strenuous when feeling worn out. Though  not fully recovered it is safe to say I’m back on the mats, not fully but enough to maintain my sanity and to be able to train with my mates. 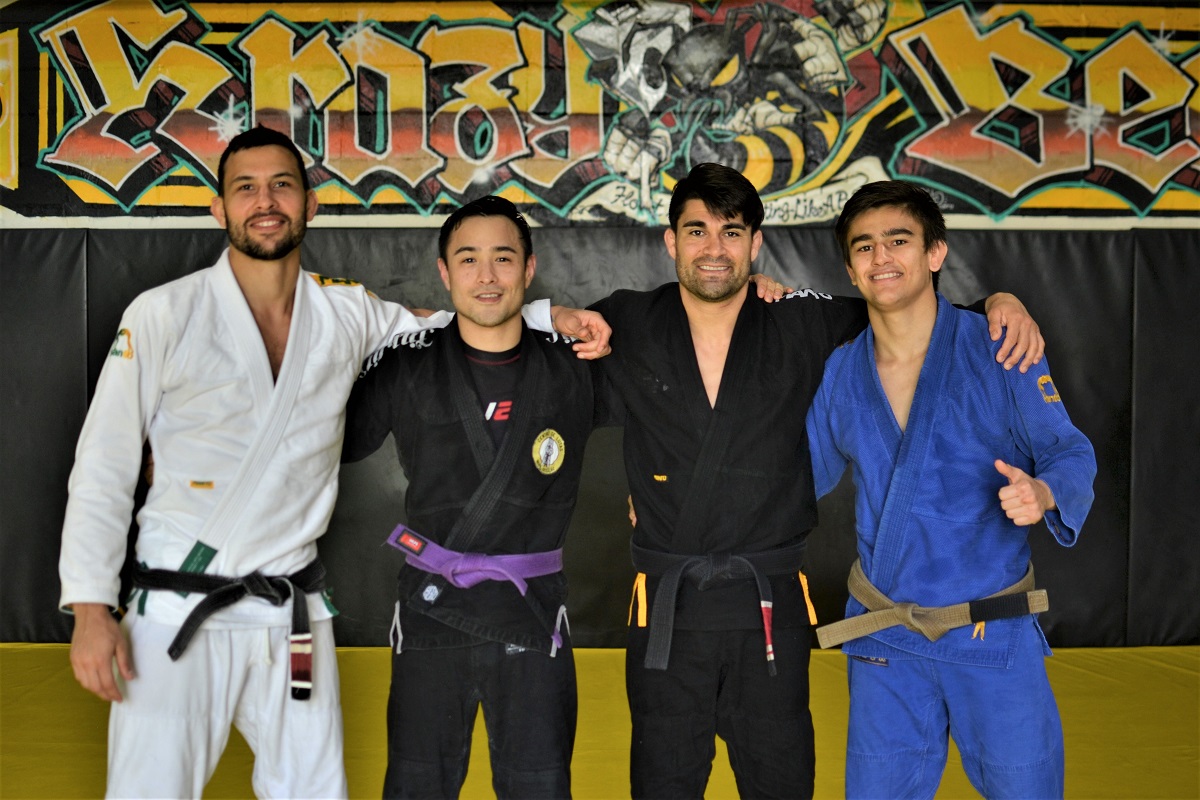 Back on the mats and en route to recovery with some savages.

If there is anything to take away from this injury blog it’s this:

1.Accept that this has happened and mentally prepare for the recovery ahead. Do not let training enter into your mind, healing is the top priority.

2. Listen to your doctor, if he says you are able to train, run or lift go for it but take heed of every bit of advice he gives you and the exercises you should avoid. Just because he said you can go back does not mean you can go balls to the wall from the get go.

3. Do the damn physical therapy and do it thoroughly, there’s a reason you were injured and this will help recovery and to strengthen your compromised appendage.

4. Be warned, it’s going to suck not being able to train. Especially if it’s a regular part of life like it was for me. Be aware of the consequences of going back to early. Its not a race its a marathon, for the long haul.

5. Listen to your body when you come back to the mats. Be tentative with who and when you choose to train or roll with. No offense to white belts but it takes one spazzy jerk motion from a heavy white belt to put you back in the hospital to go through the whole process again. I don’t ever wanna wake up with a catheter in me again. 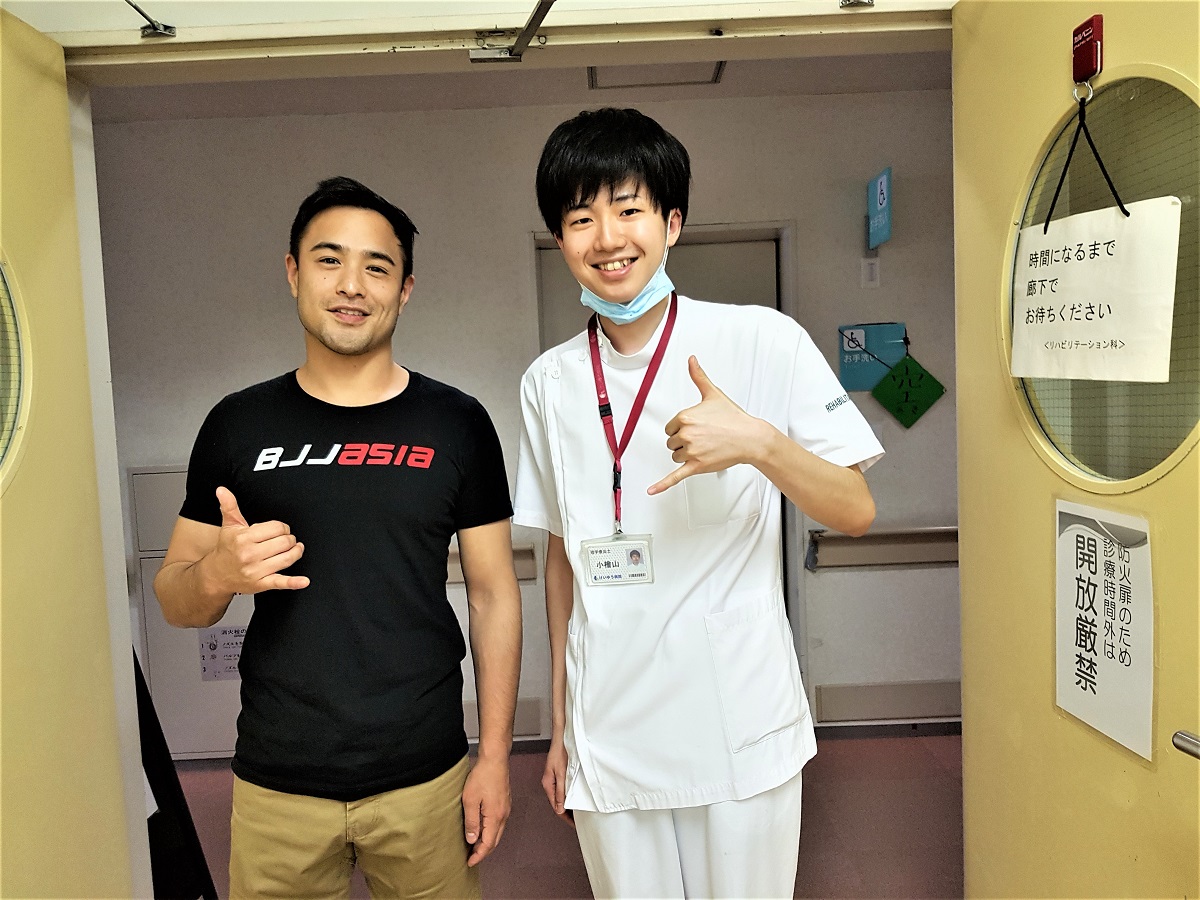 That recovery time is based solely on the person. I waited a little longer than normal to get back on the mats as I felt instability in my knee. In addition, I had to wait 2 weeks to get the surgery so it may have affected my recovery time as my knee was locked in position for a lengthy period. I am not back fully but I am training regularly now, the only things I have been told not to do are dashing or doing high impact exercises.

See you on the mats.