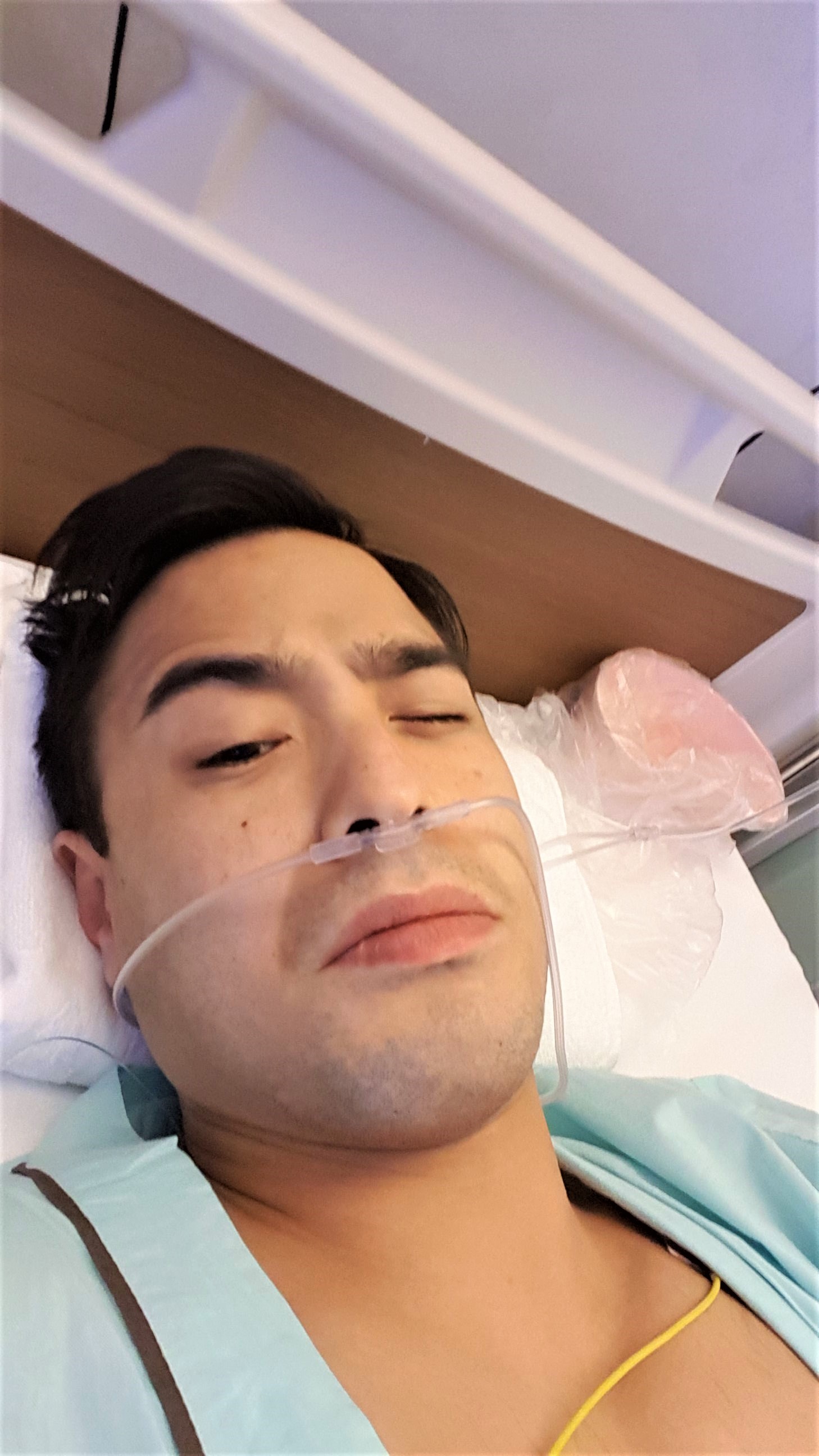 Quite a common injury in the BJJ community and if you’re a mat rat like I am these things can go unchecked and cause major issues later on. It certainly did in my case and led to surgery.

I am writing this based solely on the research I did on the injury and what I have been told by physicians and orthopedic specialists I personally consulted with. This is intended to give people an idea of what my personal experience was with the injury which I hope may benefit those in similar situations. 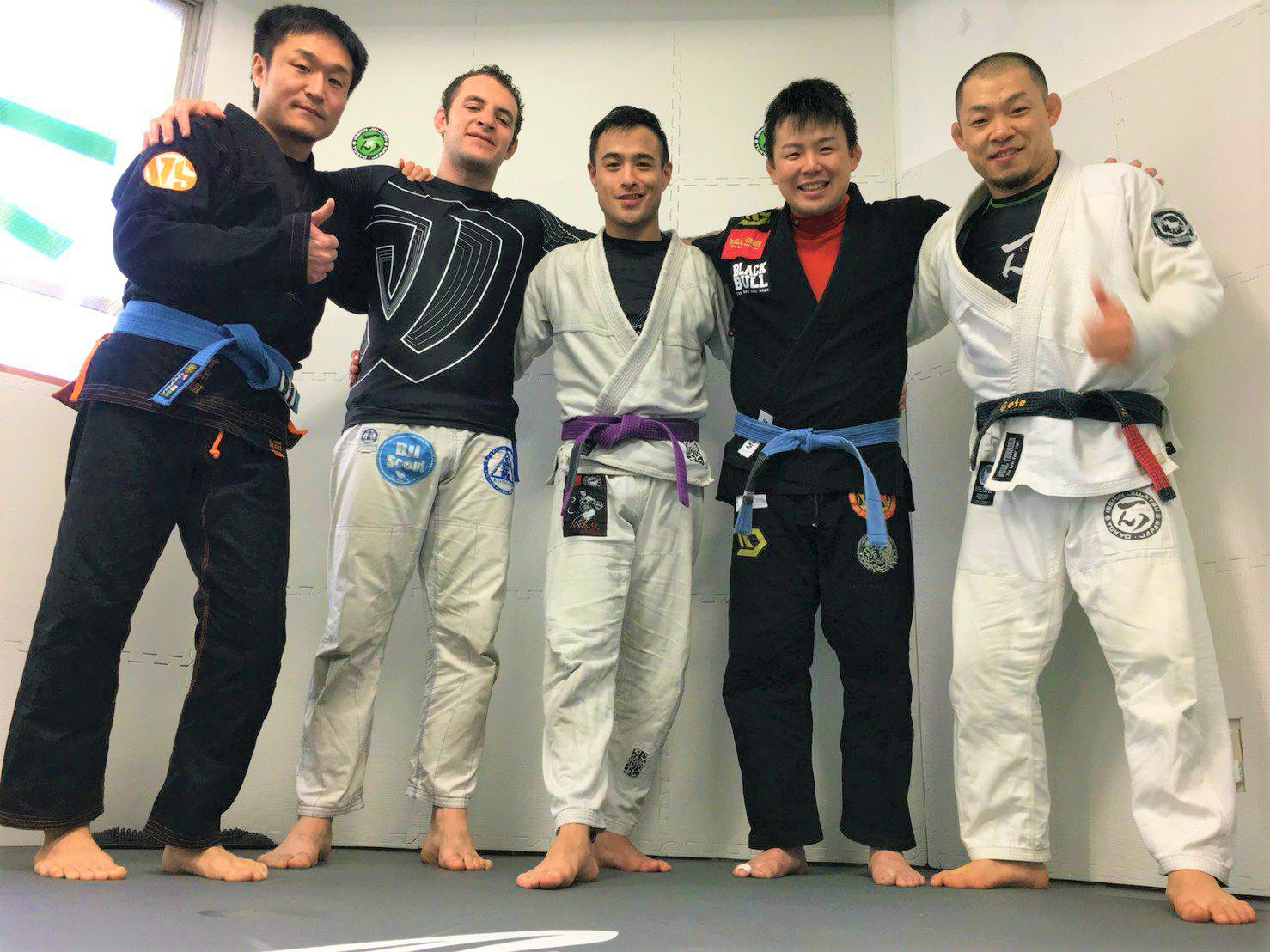 In healthier and more hetero times

The issue with the right knee can be traced back to when I was in the 4th or 5th round of rolling with a training partner in no gi. I was caught in a ‘lockdown’ position and for those of you who don’t know the position it can cause quite a torque in the knee and at the time I didn’t know how to correctly escape. So, being stubborn I endured and ultimately felt a pop in the knee and knew immediately it was probably quite serious. As it turns out, it led to arthroscopic surgery a couple years down the line. (The original tear was later confirmed in an MRI scan on my right knee back in July 21st 2016.) 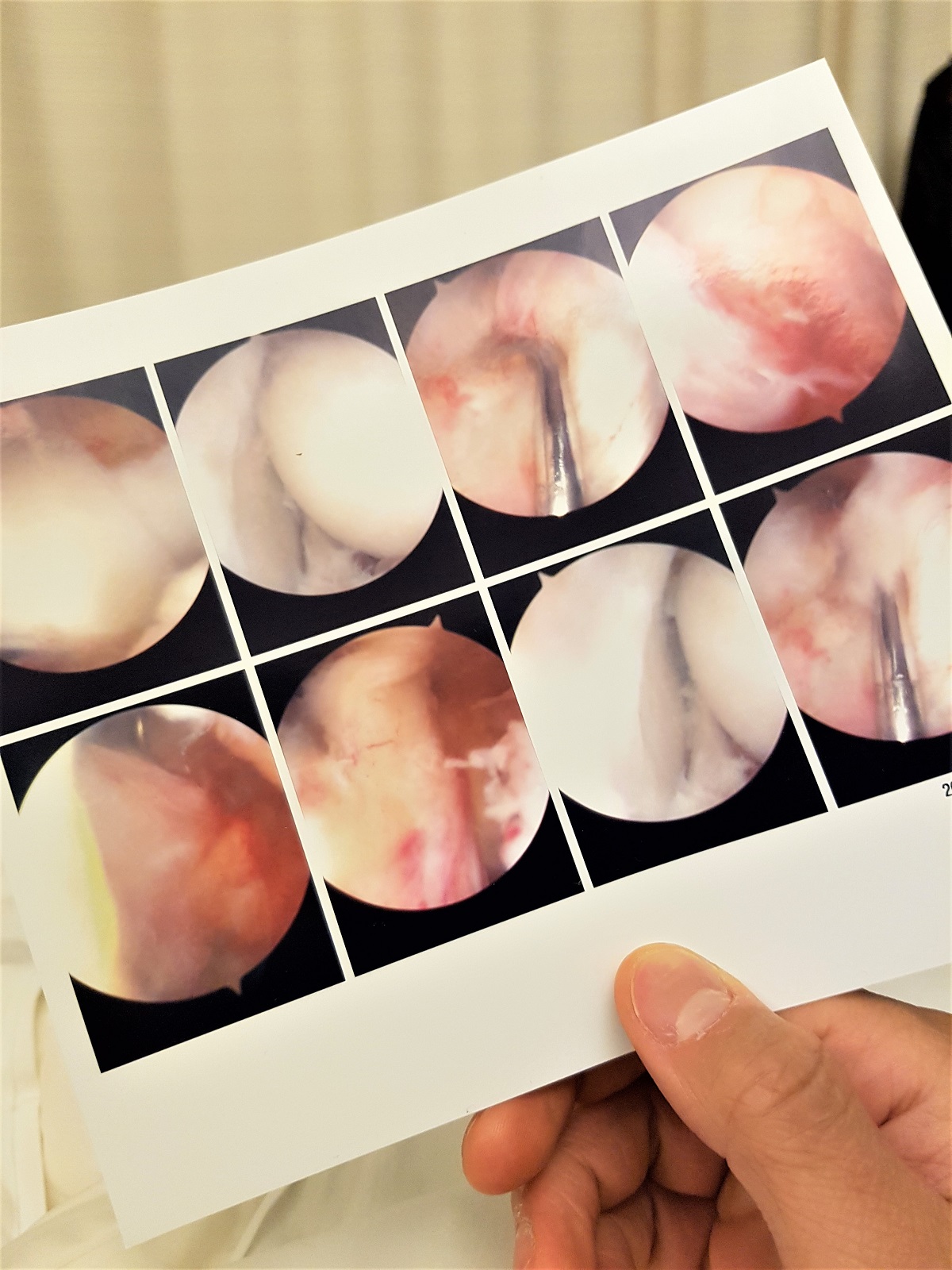 What compounded the issue was I was working in Bangkok and intermittently going to see the doctors in Japan when visiting family. So, when the injury was confirmed I was already back at work in Bangkok and was told second hand by my father that the doctor diagnosed it as a meniscus tear and I should stop training. (Kiss my ass)

In retrospect, I should have gotten a detailed description of the injury from the doctor and trained around the injury. What I did instead was keep training and bear the occasional popping in the knee. Judging from the in and out feeling I got when my knee was bending it’s likely that it was a bucket handle tear from the outset.

All downhill from here

The injury didn’t feel serious at the time and I just decided to get myself a decent knee brace (Bauerfiend & Zamst for reference) and rest when I needed to. Which, as we all know is code for not changing a damn thing. Further, with a situation like this more often than not if it doesn’t flare up for an extended period of time it gets ignored and forgotten. Being a stubborn twat, I would feel a little pop in and pop out and just kept training.

This all came to an abrupt halt when my knee was on the mat and I twisted awkwardly trying to get out of a single X position. I felt the familiar pop ‘in’ however the meniscus did not pop out again. The feeling I can only describe is as if something had locked in my knee.  I couldn’t straighten the knee or bear weight on it at all.

As it turns out from multiple sources I have read, this occurs when the meniscus gets lodged and goes into the joint of the knee.

Joe Rogan Experience – Fight Companion – January 14, 2018 – 2:34:12 – Eddie Bravo’s knee locks up. It was a similar feeling and if you see the pain he was in its similar to what I felt. In Eddie  Bravo’s case he managed to straighten it back and pop his meniscus back in place.

This happened January 13th 2018, at an open mat the day before I had a competition in Tokyo. The following week I was to compete at the IBJJF Manila Open held on the 20th – 21st the same month.

To say I was disappointed would be an understatement. I was in good shape, purchased flights, registered for both competitions and sorted a nice hotel in Manila. I was going to get see some old friends and team mates and stepping on the mats twice in the same month, getting my 2018 started with a bang.

Instead, I was on the mat and I couldn’t put weight on my right knee or straighten my leg and had to hobble to the closest orthopedic practice. I will take full ownership it was my own fault and it should have been addressed much earlier, but it did not lessen the sting knowing I was out of the tournament the following day.

I managed to get to the practice and the doctor took one look at an x-ray and knew what had happened. As he has female wrestlers patients (super popular in Japan) he tried a simple method of putting the meniscus back in place. This entailed a powerful numbing agent in my knee and manipulating the joint the best he could with no success. I do not like needles at the best of times and did wince a little, not going to lie and after the failed attempt to manipulate my knee straight he recommended I go to my local hospital to get a second opinion. He gave me a set of crutches, a prescription of anti-inflammatories and sent me on my way. The only thought at the time was I hoped to make it to Manila at the very least. 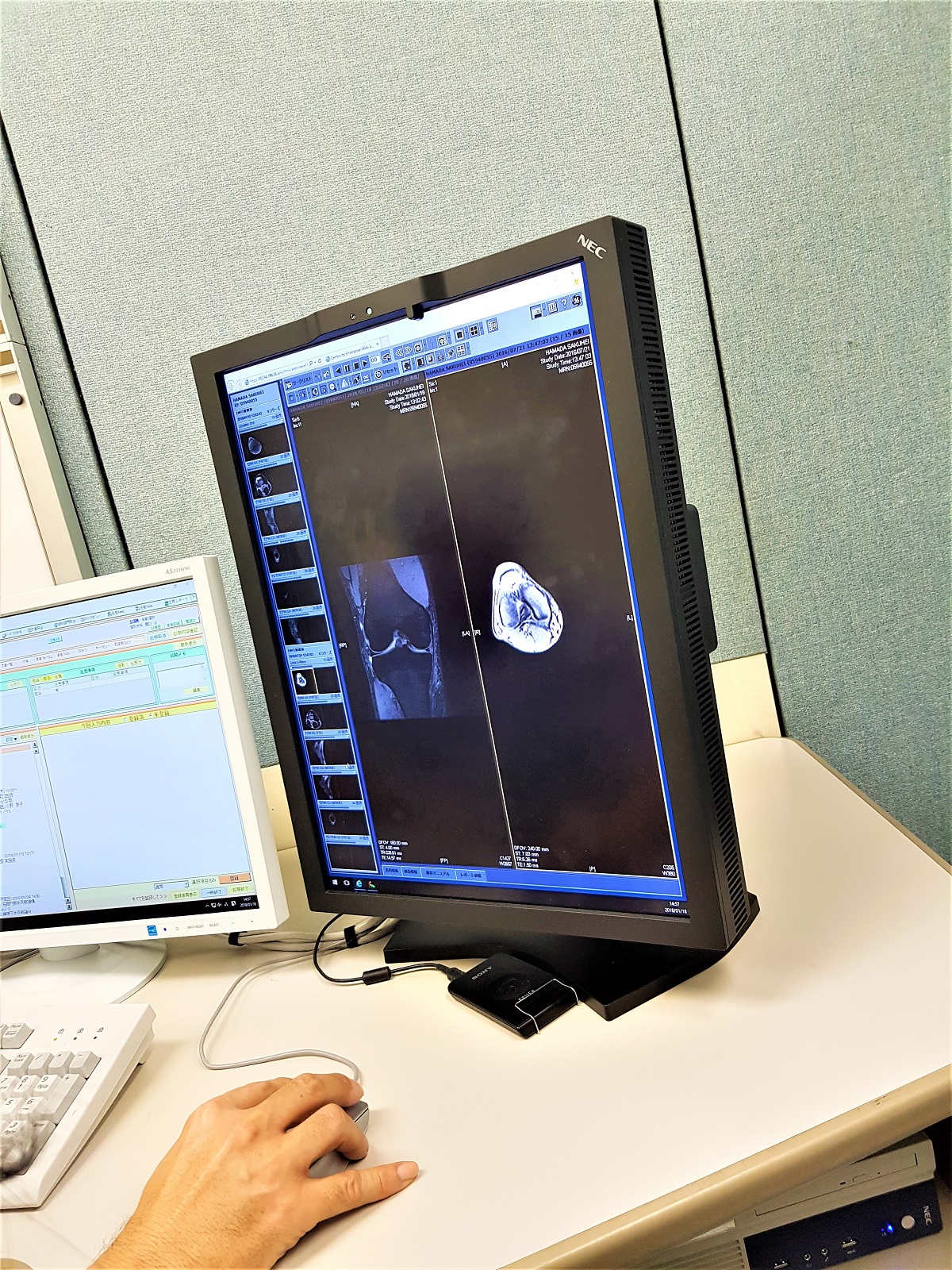 Through the key hole

I have to thank the guys at Isshin Jiu Jitsu on the day it happened. Coach Yuji Goto and Maria Goto both helped out immensely as did the training partners. They found the practice, flagged a taxi and waited with me at the doctor’s to be seen. They even walked me to the station after I got my crutches and prescriptions. Also special thanks to Kamikubo who lent me a shoulder into the cab.

Second Opinion, the next ‘step’

The hardest part of dealing with this was the fact that I could not walk at all. Sleeping, showering, hopping around and trying to do the regular daily routines of life were severely hampered by this little torn meniscus stuck in my joint. Hopping from A to B, whether it was to the bathroom, kitchen or bed was getting to be a real pain in the ass and by the time I was confirmed for surgery I just wanted to get this ordeal over and done with.

On Monday January 15th I went to the hospital to get my knee looked at by the Orthopedic doctor there and was given the same treatment I had before. Another injection in the knee and a twist with similar results. It looked very much like surgery was the only option and was told to consult the Orthopedic Surgeon for a third opinion and was told to come back at a later date. The third opinion was given after an MRI and ultimately surgery was booked for the 24th January. At this point it was pretty obvious I wasn’t going anywhere let alone Manila. 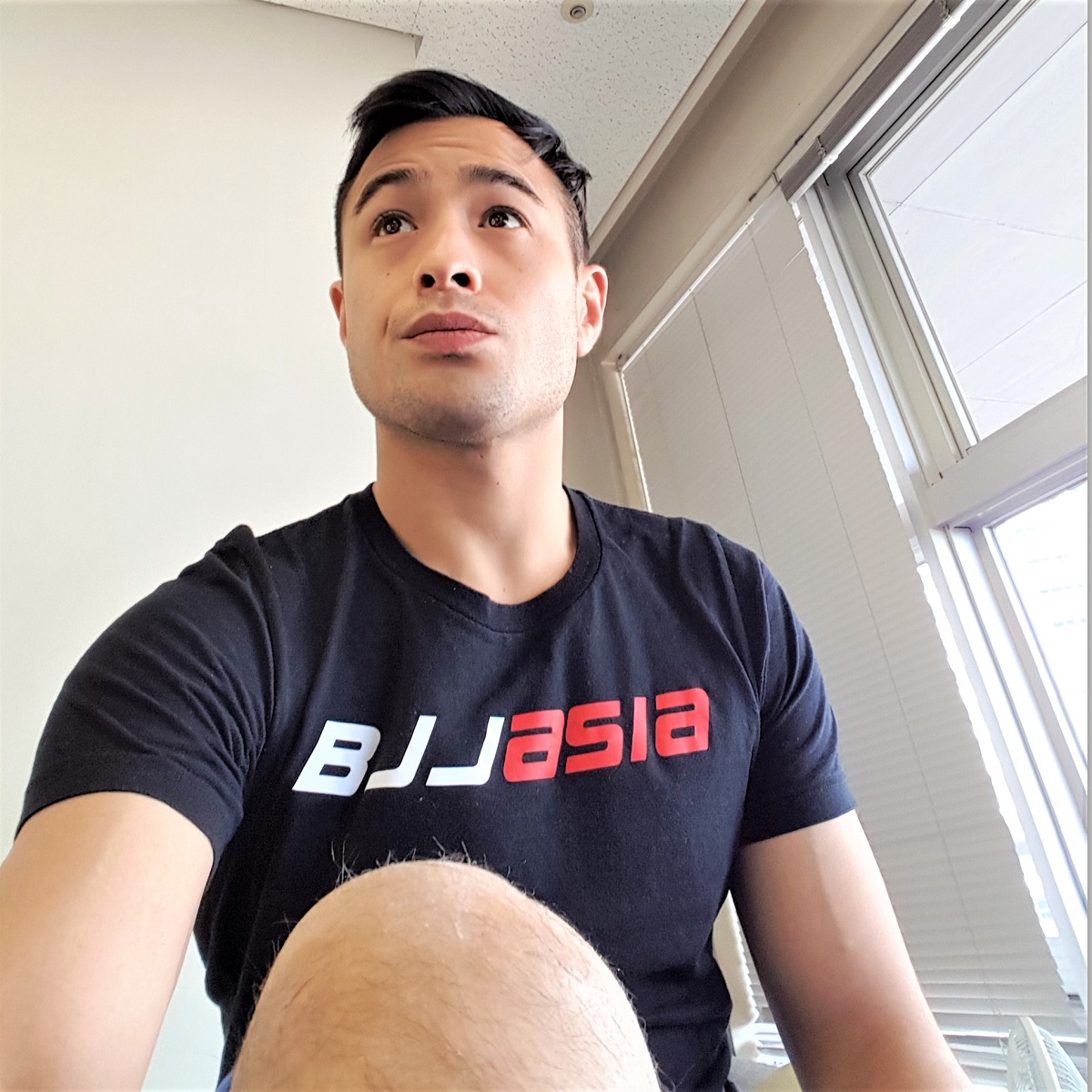 Bracing for the inevitable – “first time” fear, trepidation and anxiety

Once surgery was confirmed as the way forward the 2 options were to either shave off the meniscus (meniscectomy) or repair the meniscus. The doctor in this case recommended that I opt for the meniscectomy. The pros and cons were weighed and the doctor let me know if I was to continue with BJJ I would be back in repeating the same procedure if selected to go ahead with the meniscus repair. So, I was booked for surgery and was to check myself in on the 23rd for surgery prep.

On the day of the surgery I was instructed to shave so that a breathing apparatus could be inserted into my throat and was told that I would be given an epidural. Googling this was a mistake, I watched countless videos of needles being put into the spine of countless pregnant women going into labor so when I was wheeled into surgery my heartrate was up. Thankfully the epidural itself was not that bad and before I knew it I was counting down from ten and gently drifting off …

I felt like I awoke immediately after drifting off and before I knew it I was carted back to my hospital room doped to the gills. The epidural was still in and when I read the Japanese on the IV feeding me drugs it read Fentanyl. If you’ve read anything on this drug it’s supposed to be stronger than heroin with dire consequences for those addicted to the drug. So understandably I was a little shocked when I saw it being directly fed into my spinal cord. Being high as hell and my knee looking like a balloon I didn’t mind as much in that moment. Though I can comment when you’re high as hell on opiates it makes your skin itchy and it made me realize why junkies had that strange habit of itching themselves in movies.

What did bother me though was the pressure I was feeling in my groin area. Turns out they put a catheter in me while I was sleeping and judging by how awful it felt they probably just jammed it in with little regard to my appendage. When the nurse asked me if I needed anything I made clear in no uncertain terms I wanted the catheter out, now.  High as I was on uber heroin I could still feel the unmistakable pain of something lodged in my bladder. The nurse quipped that she was curious as to why I had the catheter in the first place as it was not standard during arthroscopic surgery. 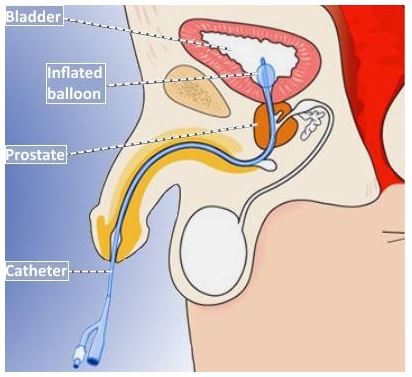 Not a pleasant experience

If she wanted to upset me she succeeded, I got her to get the tube out of me post haste and she did so, with a little too much gusto for my liking. Ever tried to start a motorized lawn mower? I did not care if I had to crawl to the toilet not being able to feel my legs. I wanted to get that catheter out and if it meant taking 10 trips to the toilet to take one piss I was going to take that over having that sensation of being violated with a tube. 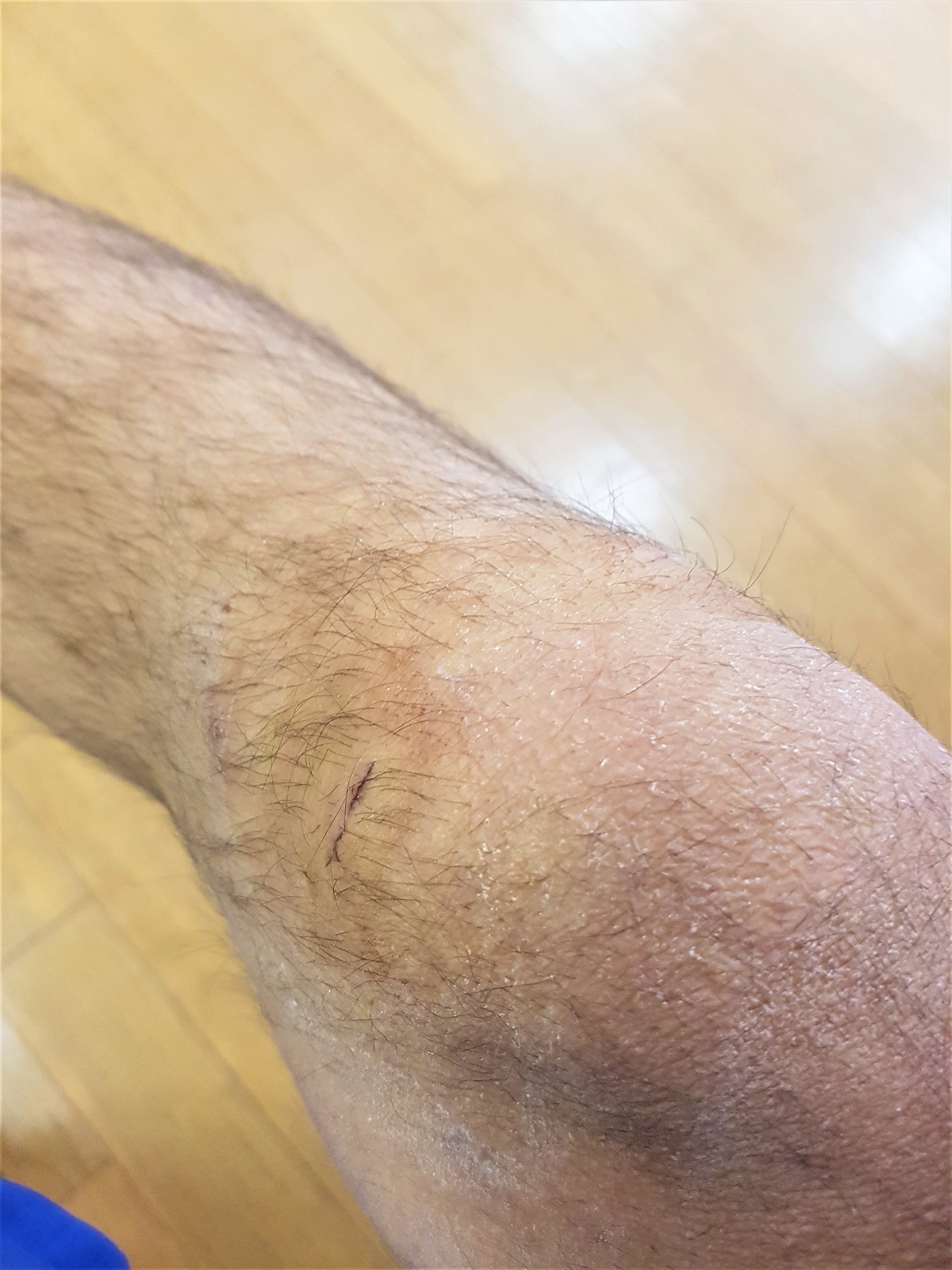 Once the matter was taken care of it was time to heal and start the physical therapy associated with the surgery.  My first session with the physical therapist was how to optimize the use of crutches for the first week and to move my right leg in a way that got me walking with minimal weight placed on the leg. In addition, I was given exercises to bend my knee up and down and to raise my leg forward, sideways and backwards. 1 set of 20 repetitions each just for the first week and to build on these exercises morning, noon and night. The consultation with the physician prior to leaving the hospital was much similar to that of the PT, in that little weight should be bared on the right leg. By the first week post-surgery the crutches would not be needed and I would be walking without them albeit with a slight limp. 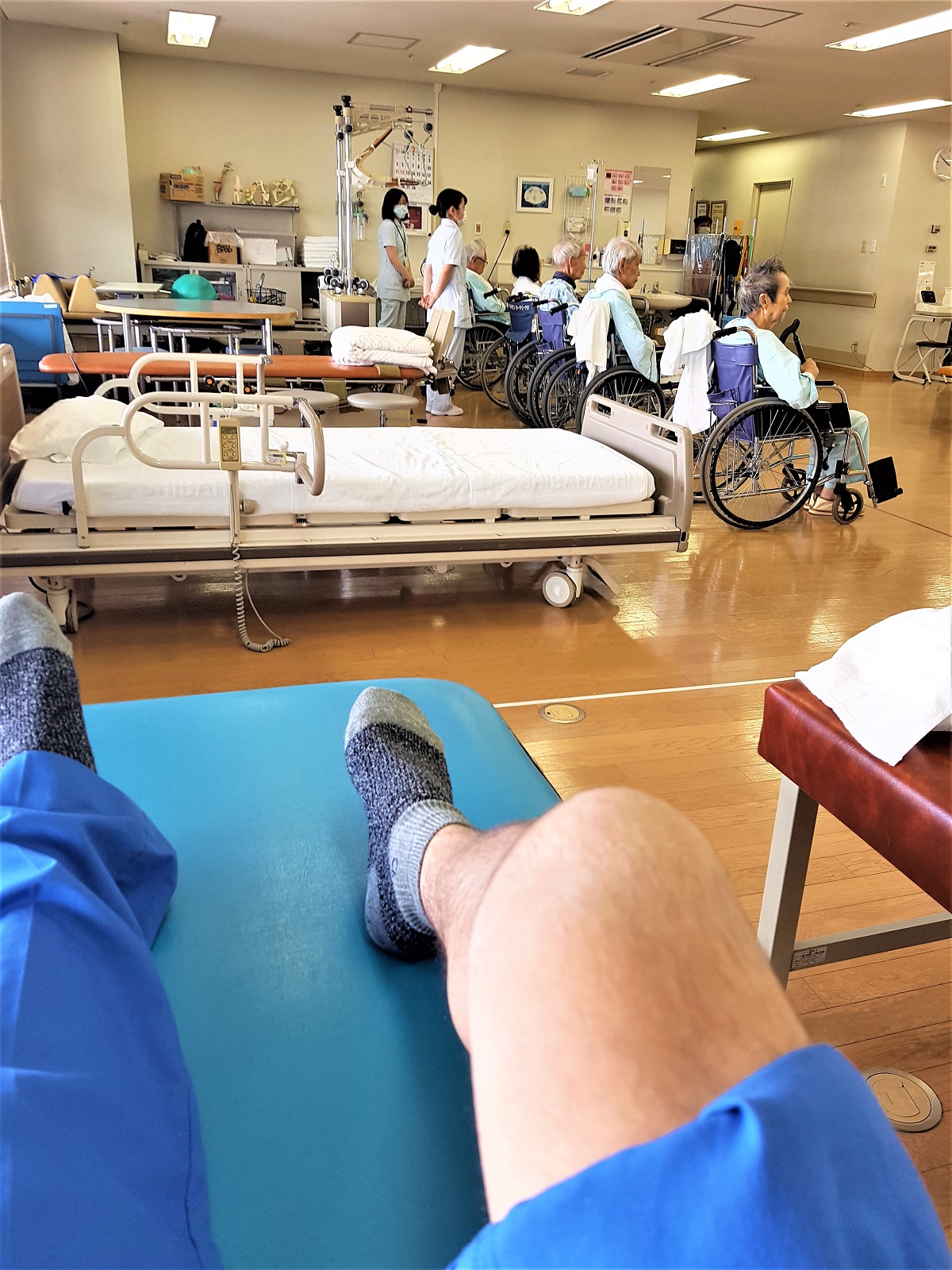