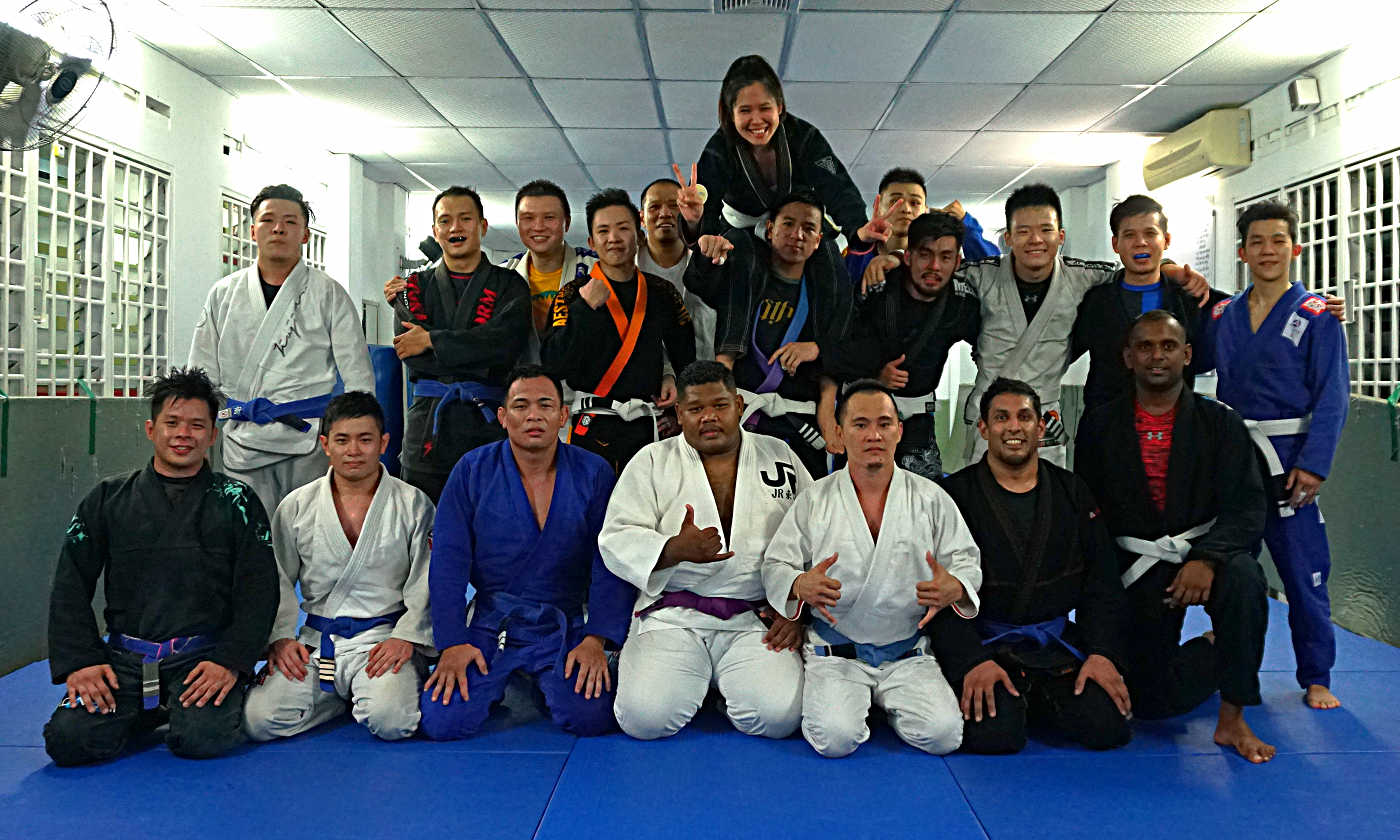 I arrived slightly early to the dojo as it was a short, leisurely walk from my beach side hotel.

Stopping along the way to appreciate an amazing sunset i had a sense  that the the sky was on fire. Soon after realising this was not North Korea’s retaliation for being banned from Malaysia i took  in a moment to appreciate the surroundings. To be mindful as the Buddhist’s say which is an extension of the martial philosophy.

>The streets aren’t really pedestrianised but one can comfortably walk there in relative safety.  Though coming from Bangkok,  pedestrian safety is a relative concept.

It was fairly easy to find given Google maps.

There was a sense of familiarity in the layout of the roads, tree’s, flora, roundabouts  and civil planning one would find in South Africa,  Hong Kong,  Myanmar or any number of former British colonies.

It was refreshing to be in an Asian country with English as the lingua franca.

The lack of mosquitoes given the tropical environment was also a surprise. Though it was a breezy evening and I’m sure the island is doused in enough DDT to start a chemical war.

The academy itself is in a residential area adjoining what I believed to be the gym instructors house.

Small but perfectly suited to the needs of a jiu jitsu academy.

The kids thoroughly enjoyed the class and the instructors seemed fully engaged with them.

What a difference a good teacher makes.

It was blatantly apparent that I was a stranger or visitor here. Perhaps because i was a foot taller than everyone else or maybe the fact that i was drenched in sweat and looked as flushed as a lobster on heat. Either way i  was received with a warm welcome by those who had already arrived there.

This welcoming was something I have grown accustomed to when visiting smaller gyms. A definite sense of brotherhood and camaraderie.

The drop in fee was 50 MYR, reasonable at about 10USD for a 2.5 hour class though it costs 90 MYR for the whole month so if you are planning to train there more than once, pay the monthly fee.

By 8:30pm all the regulars were there and the usual stretching/ pre class warm up’s were taking place.

Mostly white and blue belts though most of the blues were Judo black belts. This I figured out the hard way, the drop seo nagi way. My shoulder still hurts. All in good spirits though with no malice or negative intent.

Class began with the traditional jogging around the mat, inside, outside, two in two out, backwards and followed by shrimping-regular, forwards & tripod.

Warm up continued with one minute positional drills, torreando passing, leg jump pass, push up drills where you try unbalance your opponent, guard hooks maintenance and so on.

I was used to the format of the class though the humidity and heat drained me quicker than usual.

This was followed by 10 minutes of king of the mat.

The person on the bottom had to maintain guard, move to closed guard or sweep to remain on the mat.

I couldn’t believe my luck being a guardeiro myself. A drill I enjoy the most and one that I was driven to excel at. I find it the most fun as well. Got an opportunity to practice some sweeps and really work my guard defence.

The group had been working on X guard and that was the focus of the technique section which followed.

4 X guard sweeps and one defence that everyone in the class had practiced up to this point.

A quick refresher and I was up to speed with the rest of the class.

One more defence was added making a total of 6 maneuvers from the x guard. 4 offensive and 2 defensive.

Each pair practiced the techniques then reversed and changed partners.

Useful as techniques vary according to one’s opponents physiology.

As someone who never uses this guard I picked it up surprisingly fast and now have the two defences as part of my arsenal.

This brought us to the one hour mark and rolling began at 9:30pm.

I was beat by this stage but not defeated.

I had come to roll and now was the time.

Reserve fuel in the tanks I bumped fists and the battles began.

As a guest I make it a point not to use strength or aggression and let my opponent dictate the pace of the roll.

As such the roll started off in a civil and gentlemanly manner but soon descended into a melee of sweeps,  reversals and submission attempts. Half the guys had black belts in Judo and were no strangers to combat sports. My kind of place.

5 minute rounds which I did with one smaller white belt followed by an equal sized adversary.

I maintained my own and represented my rank well.

It was a wholly fun and enjoyable experience.  Great bunch of lads with heart, great attitudes and the skill & endurance to match.

Class officially ended at 10pm,  the mandatory group photo was taken and the die hards stuck around to roll, drill or refine techniques with the coach.

A very similar structure that I am used to in Bangkok. Train to failure and then some.

All involved appeared to have drunk the Jiu Jitsu kool aid and I could tell they would still be on the mats in years to come.

Several of the guys offered me a lift back to my hotel which was courteous and appreciated as my legs were spent after walking around the city most of the day.

On the way back we stopped for some great street food which was awesome as I wanted to try but wasn’t sure which was safe for my western gut.

Fried rice with egg topped the night off nicely.

Made some friends,  had great rolls, tried authentic non-dysentery inducing street food and made my way back to hotel safely.

One that I would recommend anyone visiting Penang should do.

Thanks to coach Nashriq Nassir and his band of merry warriors.

I hope to see you guys on the mats again.