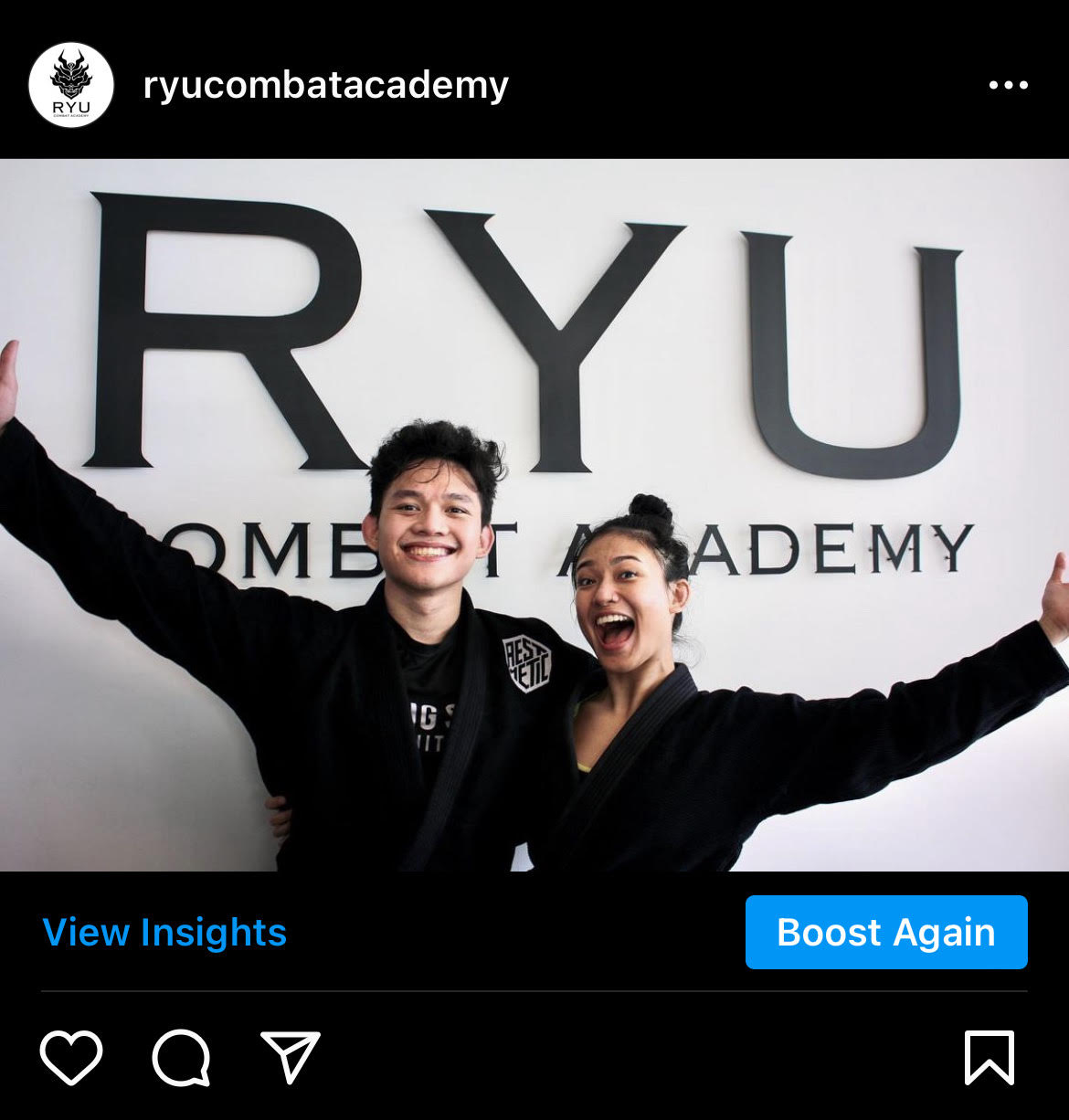 Abang Saef Hud is a Brown belt under the renowned Marcos Escobar Brazilian Jiu-Jitsu Association (MEBJJA) based in Malaysia. He has recently established his gym, Ryu Combat Academy in KL, Malaysia.

BJJASIA: Firstly, the name Ryu Combat Academy, why the name?

Abang: Ryū means dragon in Japanese. The Asian iteration of dragon has always been a “guardian of a realm.” It also means a fighting school or school of thought in the Japanese language. I have always had a fascination towards Japanese culture, especially in the way they are able to synergise tradition with innovation, and Ryu combat academy emulates just that. To innovate while holding true to tradition.

BJJASIA: What got you into Jiu-Jitsu initially?

Abang: My brother and I always wrestled at home as kids (WWE style wrestling). One day, my brother (A BJJ black belt now) thought to join Muay Thai at the age of 15. He appeared in the wrong class and stumbled upon Brazilian jiujitsu instead this is way back in 2009.

He trained for 14 months before I joined him and the rest of the Marcos Escobar BJJ (MEBJJ) crew. I had trained JKD for almost 2 years before I joined BJJ and we had a pact to teach other our respective disciplines.

That was short lived as he tapped me close to 10 times with arm triangles and armbars in our very first sparring match in the living room of our old home. I had to get him back, so I joined in and I immediately fell in love with the art. We got really close training frequently too. 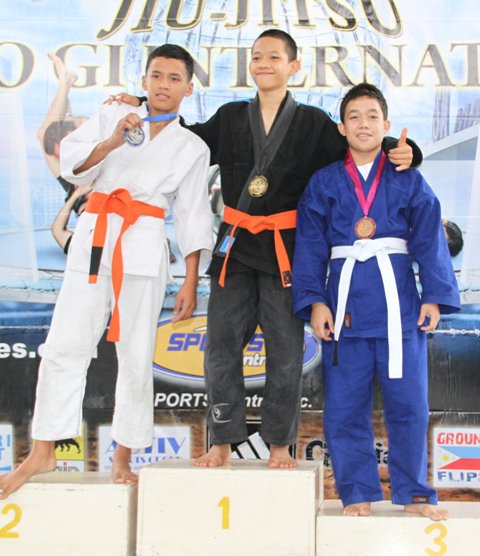 BJJASIA: What was your impression when you started Jiu-jitsu?

Abang: I thought it was easy, I was wrong. Sports and physical activities are a strong suit of mine. I represented my school and state in football and running when I was in primary school. So, when I stepped onto the mat for the first time I thought I had it locked in.

I was going to breeze through the lesson and maybe even get a few taps during sparring. I was 14 then, young and naïve, I was shown the ropes the old fashioned style. 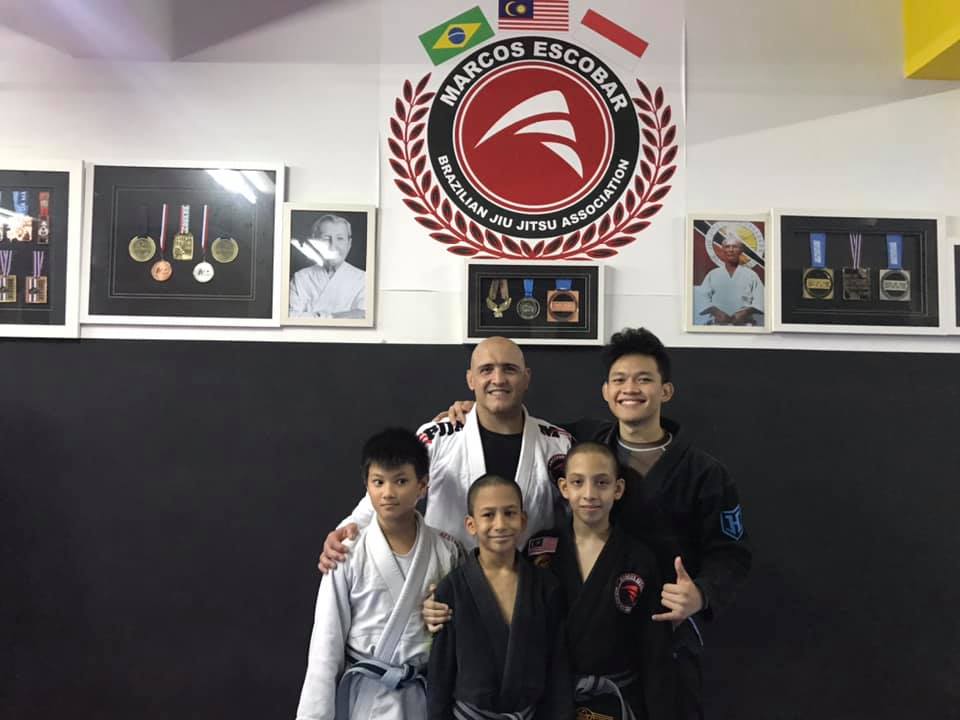 BJJASIA: How do you find the training environment in comparison to other regions of Malaysia?

Abang: I believe the training environment in Kuala Lumpur is relatively healthy and conducive, similar to other regions in Malaysia. The only difference I would say is the level of competition. Kuala Lumpur is the hub of Malaysia so it makes sense that it has the highest level of jiu-jitsu in the country. 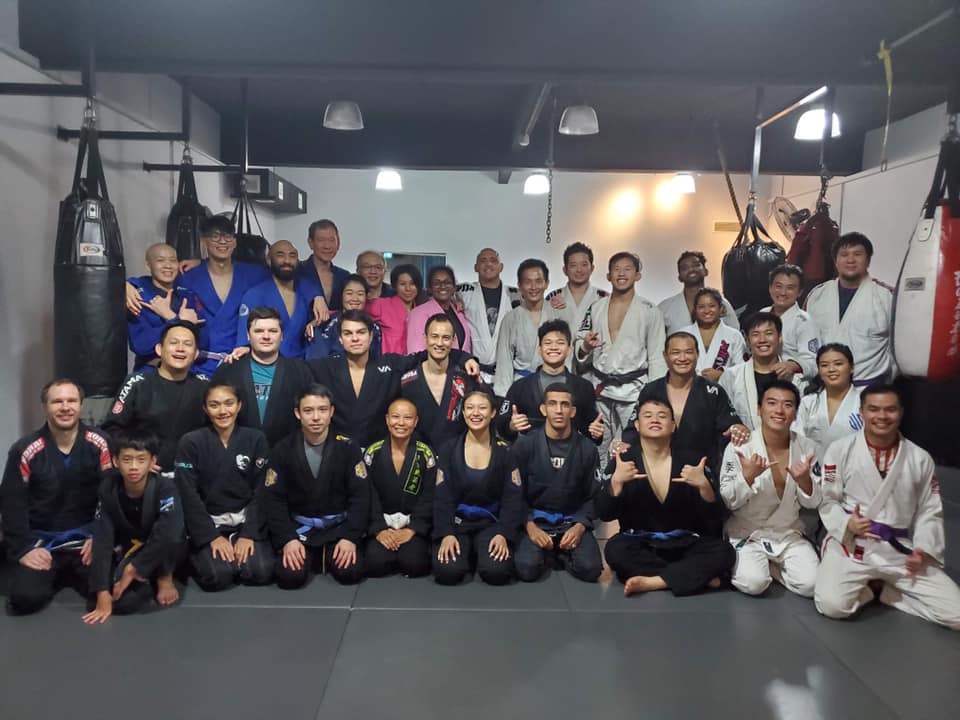 BJJASIA: When did you officially start coaching? Which belt, where, how did the transition from student to coach feel?

Abang: I believe it was in 2015, I was given the opportunity to teach by “Sifu” Kenneth Lam. I was a purple belt then. It was a smooth transition as I was still able to compete like a student as the environment allowed me to feel like a student while coaching. 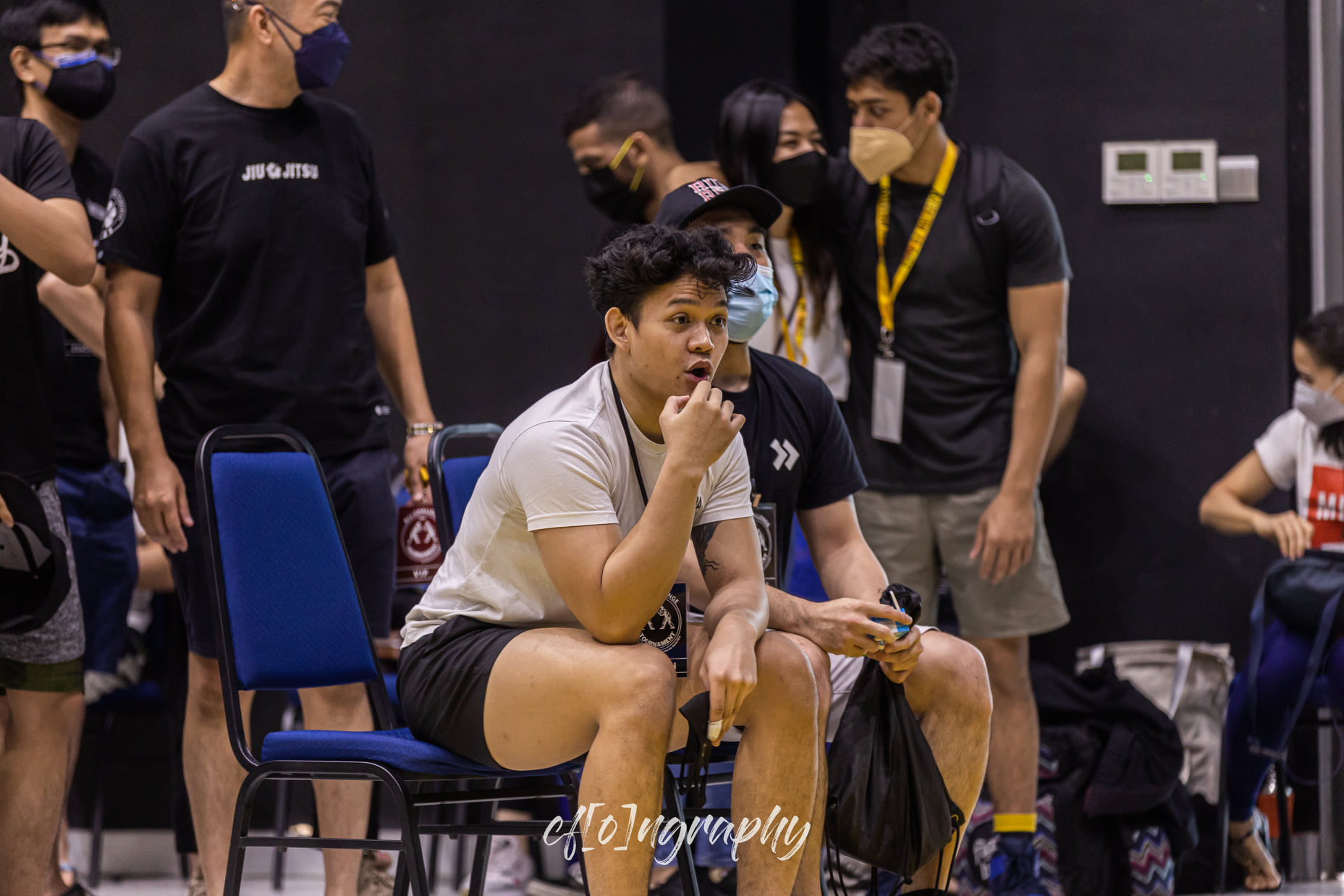 BJJASIA: How do you find coaching?

Abang: It is my life source. I love coaching more than anything in BJJ. I love the feeling of accountability and responsibility. My students and teammates are everything to me. Every time I see them succeed in their daily battles on or off the mats, I feel a sense of accomplishment that is truly unmatched. I will coach and help my people until my last day on earth. 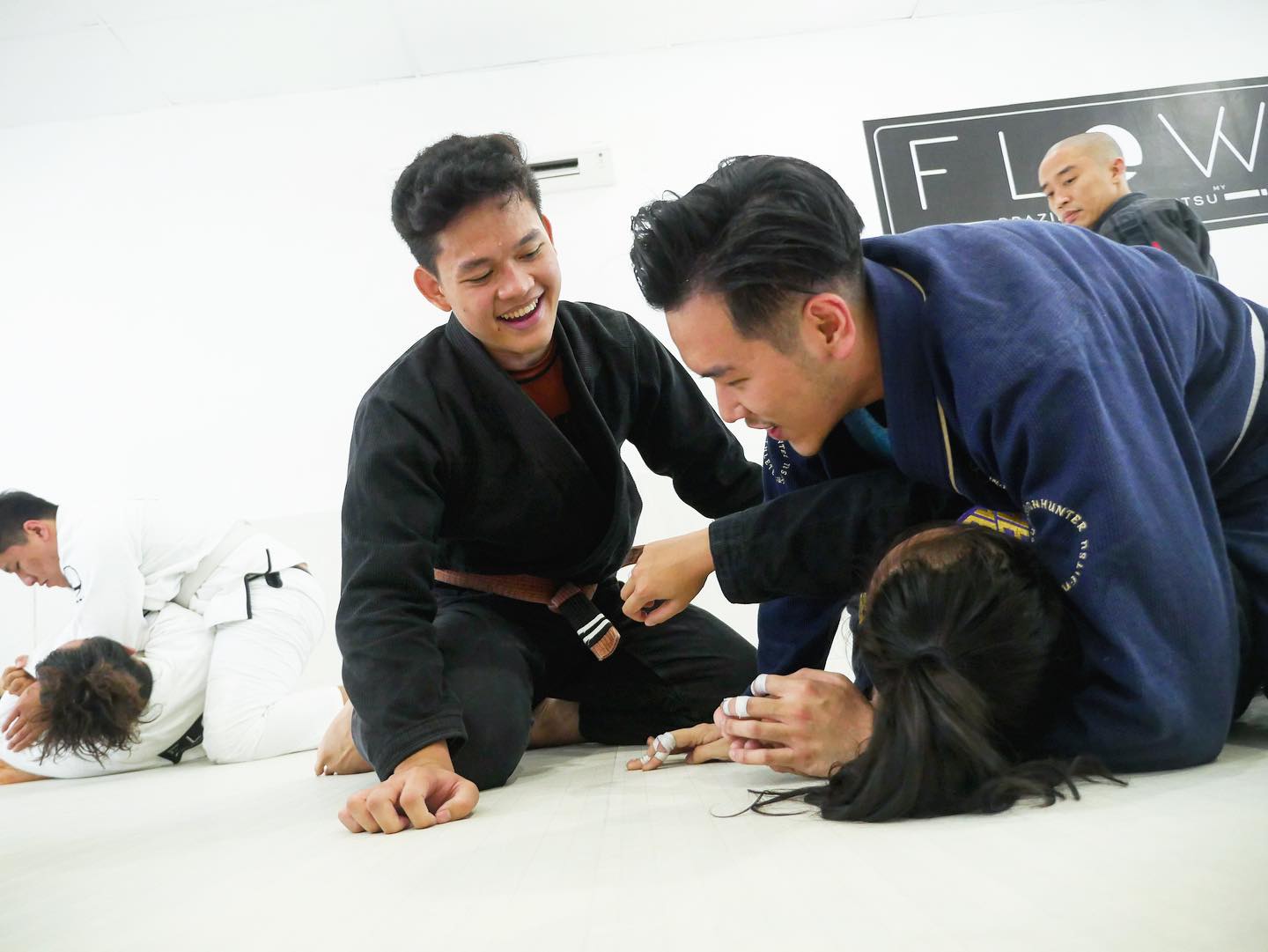 BJJASIA: You’ve finally opened your own space in Ryu, how did the opportunity to open your own gym come about? What was the process of building your own gym like?

Abang: I have amazing support from my family. After a year of teaching at Flow BJJ Academy in Penang, I was given the opportunity to set up my own place here in KL with my family. The process was definitely life changing. I continued to train frequently and compete locally while setting up Ryu. I did so to ensure my game was still up to par with the current level as I had always planned to be the head coach while retaining the role of a gym owner.

This was to ensure my students got the best qualities a martial arts facility can provide without the worries of conflict between owner and coach. My team and I, consisted of my fiancé, Mila and my mother, Fadzillah. Put our creative muses together and visualized a space that was equal part functional, equal part aesthetically pleasing. Personally, I believe we did an OK job. We only hope it lived up to the hype we built around it. 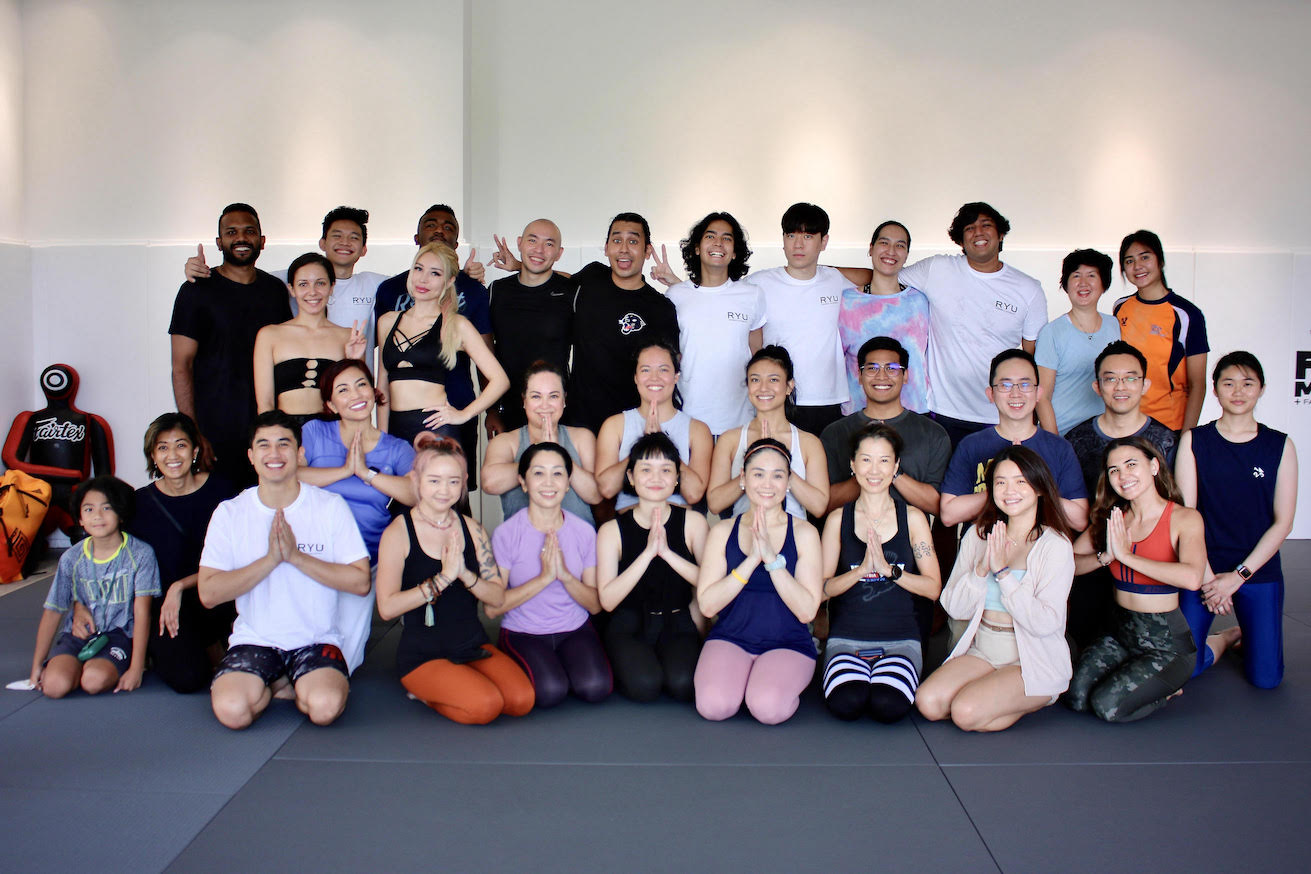 More Than a Combat Gym

BJJASIA: How do you prepare for competitions?

Abang: I prepare alongside my students and teammates. If I am lucky I have the supervision of my senior. But, the way MEBJJ is run, I understand that each senior is taking care of their own so we sometimes have to be self-sufficient and disciplined in preparing ourselves, holding ourselves accountable.

Ryu goes through 3 technical days, 2 competition days and 1 open mat session a week. That is how I prepare myself and my students. 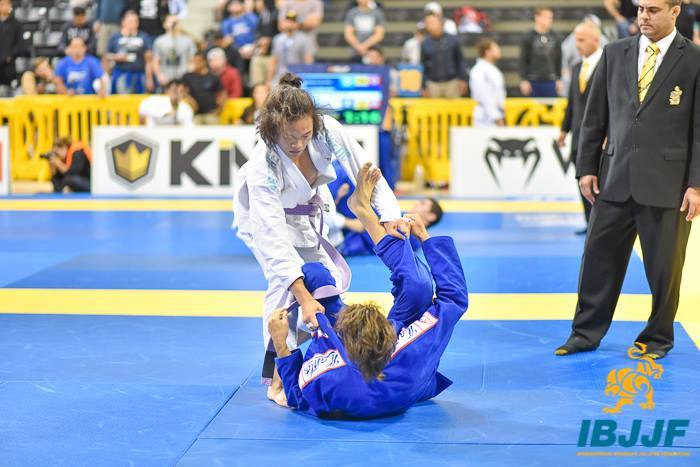 BJJASIA: Out of all the competitions you have entered so far what was the most memorable victory? This can be at any belt level also.

Abang: My first round win at Mundials in 2016. Fighting in the Walter’s pyramid was everything I could have imagined. Being present in that moment after years of preparation and topping it all off with a narrow victory in the very end with a triangle choke.

That is the stuff of dreams. My whole BJJ career changed after that day. I long for the day I’m back at Worlds, this time I’ll be bringing an army. That’s the goal, to bring a successful team to worlds and put Malaysia on the map. 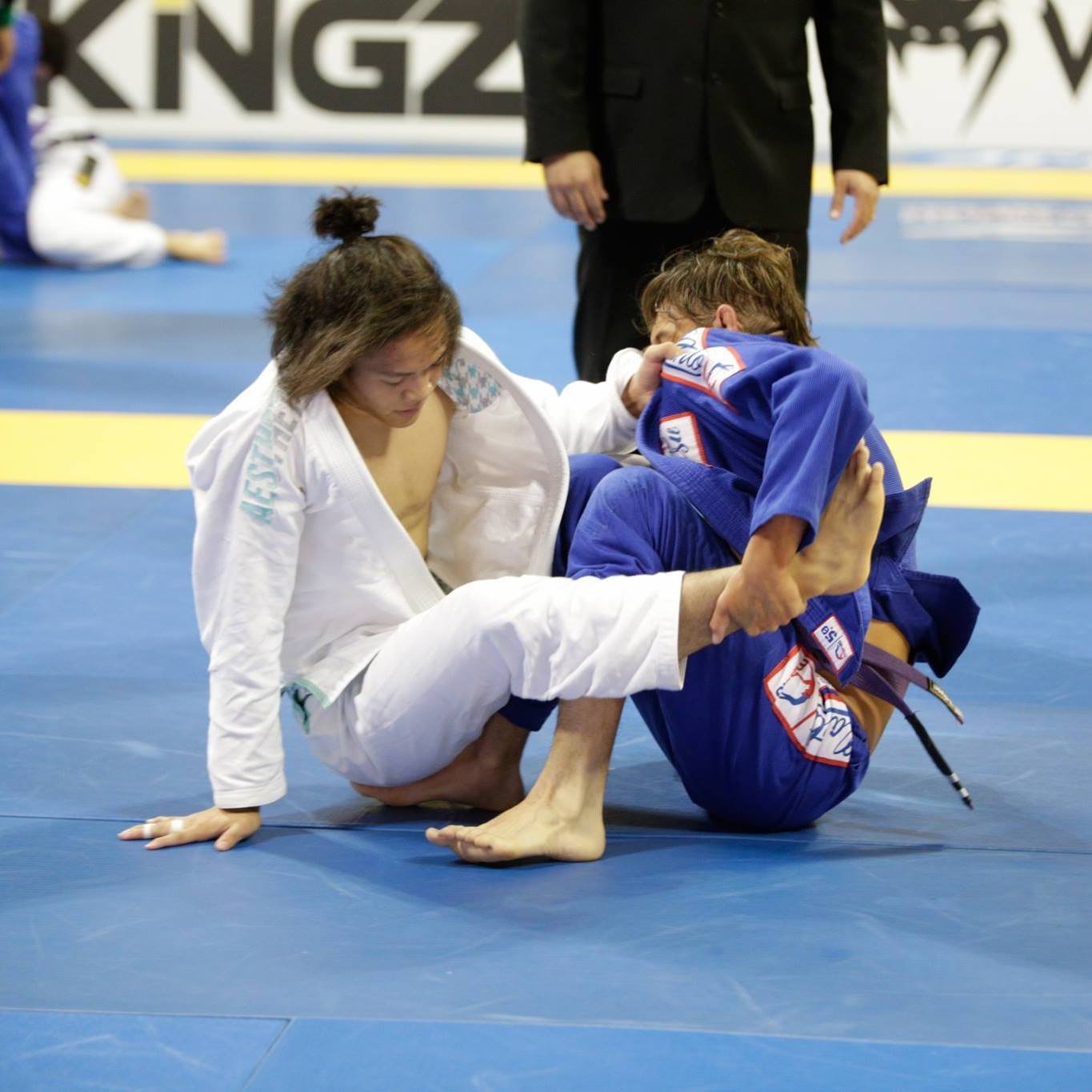 BJJASIA: Why was this competition so memorable for you?

Abang: I travelled with my good friends and we prepared for this competition together. We did not have a black belt coach with us. We just had each other, we also had outside commitments, they had day jobs and I was pursuing my degree at the time. Going in as a team to the biggest stage in the world, need I say more?

BJJASIA: Out of the places you have trained outside of your current home gym which gym left the biggest impression?

Abang: I am lucky to have been able to train around the world. It’s not easy to choose, but I would say Bali MMA. Their facilities and staff were amazing. 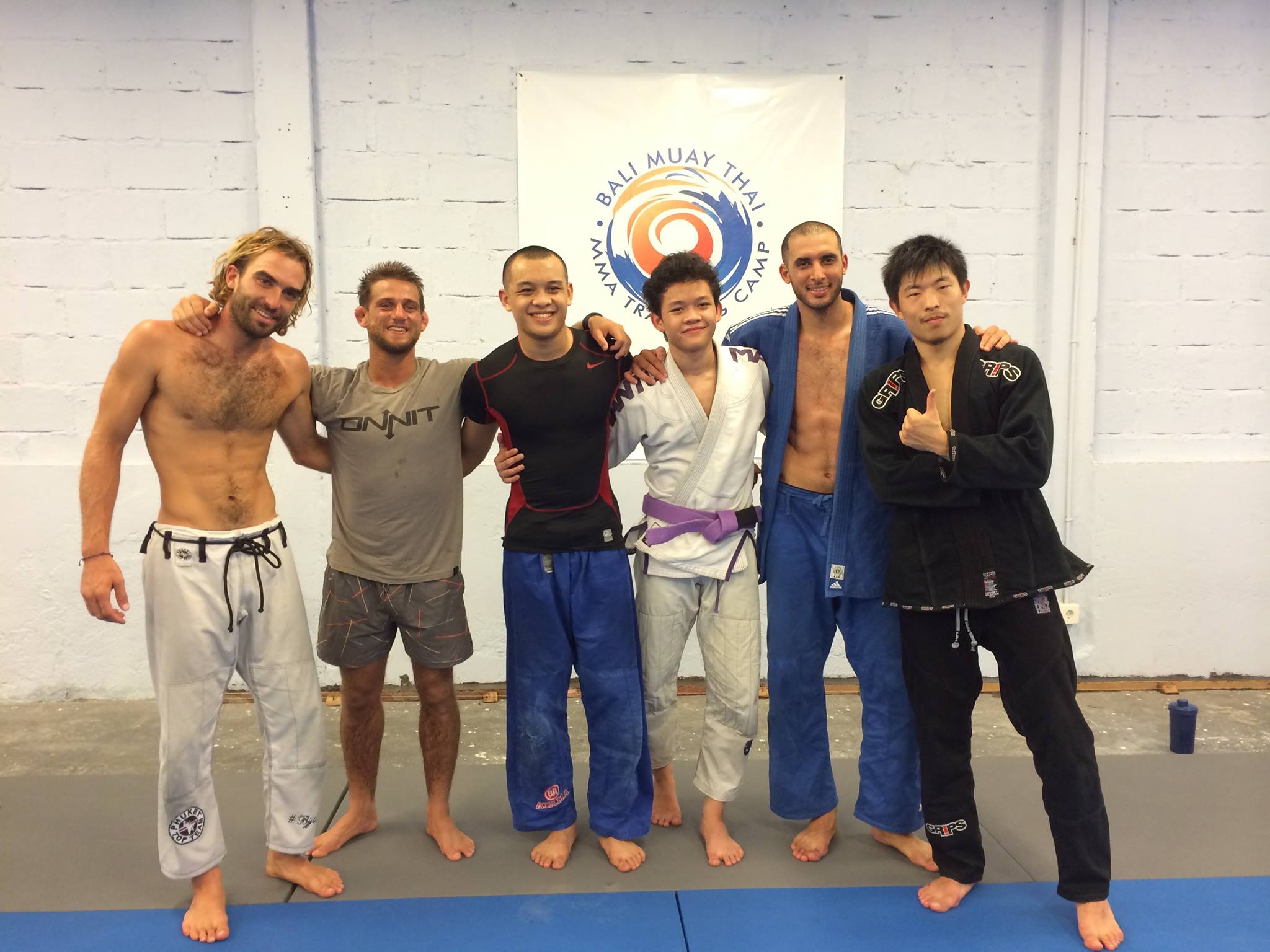 BJJASIA: What do you think of the current level of Jiu-jitsu in Malaysia?

Abang: We definitely have a long way to go but we are on the right path. You can expect to see a lot more from this humble nation in the global scene soon!

Abang: Singapore is growing exponentially with the latest One FC Grappling league. I love to see our fighters get paid the big bucks! Where there is investment, there is growth. 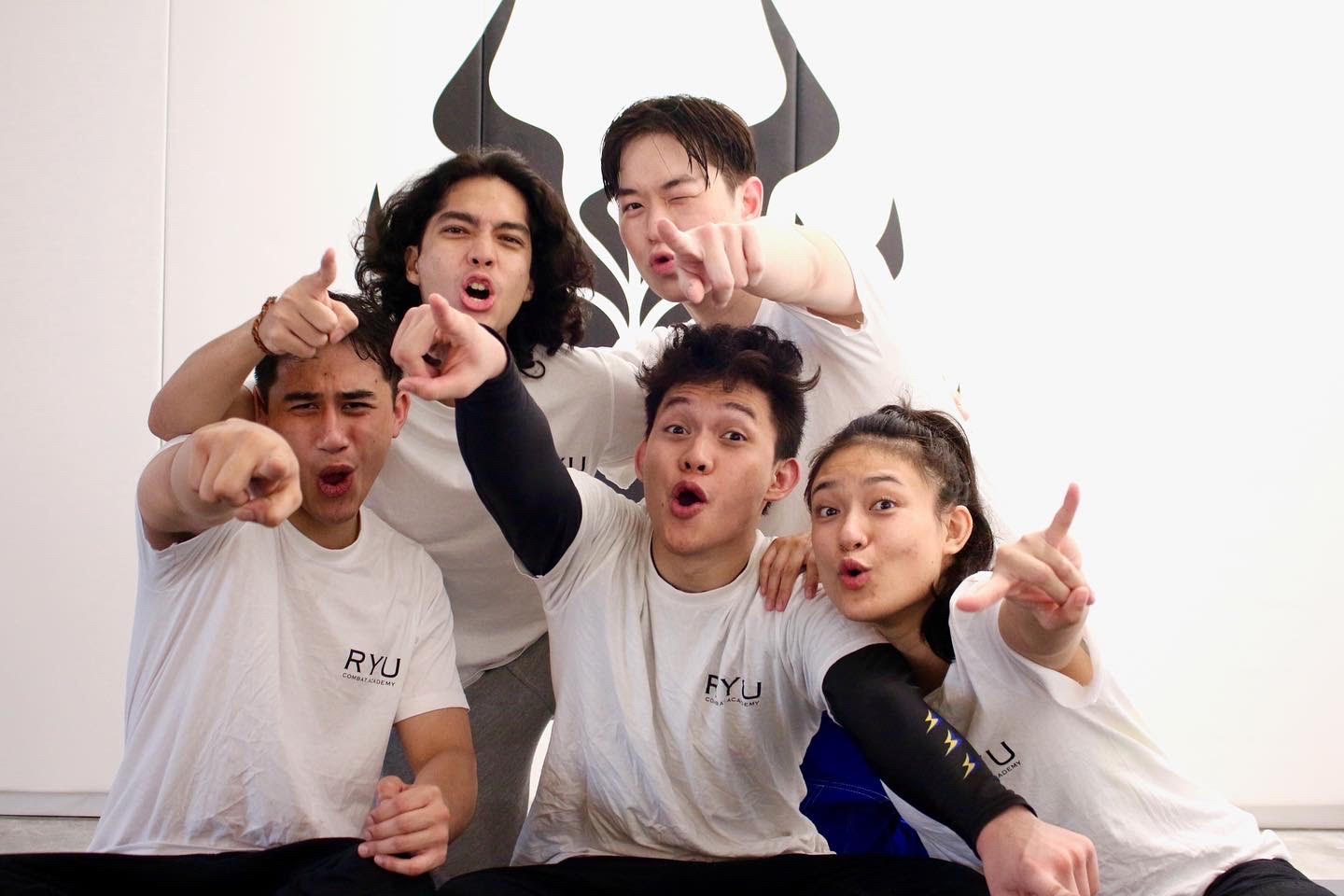 BJJASIA: What are your goals for the future?

Abang: Compete everywhere with my students and teammates and grow local talents to challenge for the world titles. IBJJF, ADCC, POLARIS, F2W or die trying. 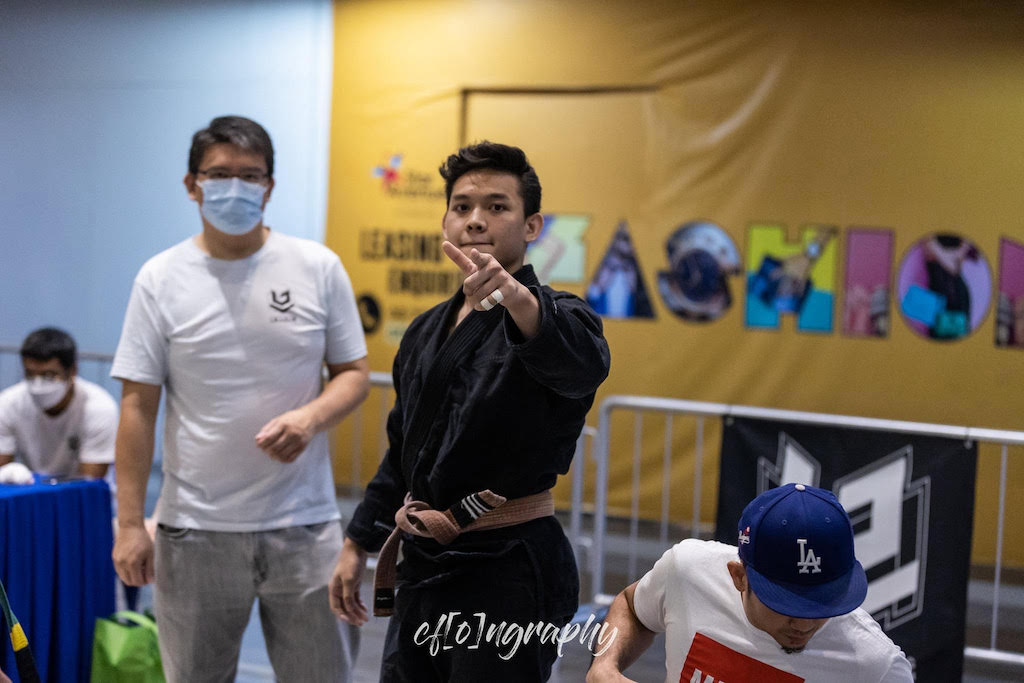 Abang: My parents. They have supported me the right way on this journey from the start, nothing came easy. I had to earn every penny and put in the work. For that I am grateful, I am here to serve. I will be here to serve the community, the students, the seniors, organizers as best I can and put in a good shift. In the words of the great Denzel Washington, “I’ll see you all at work.” 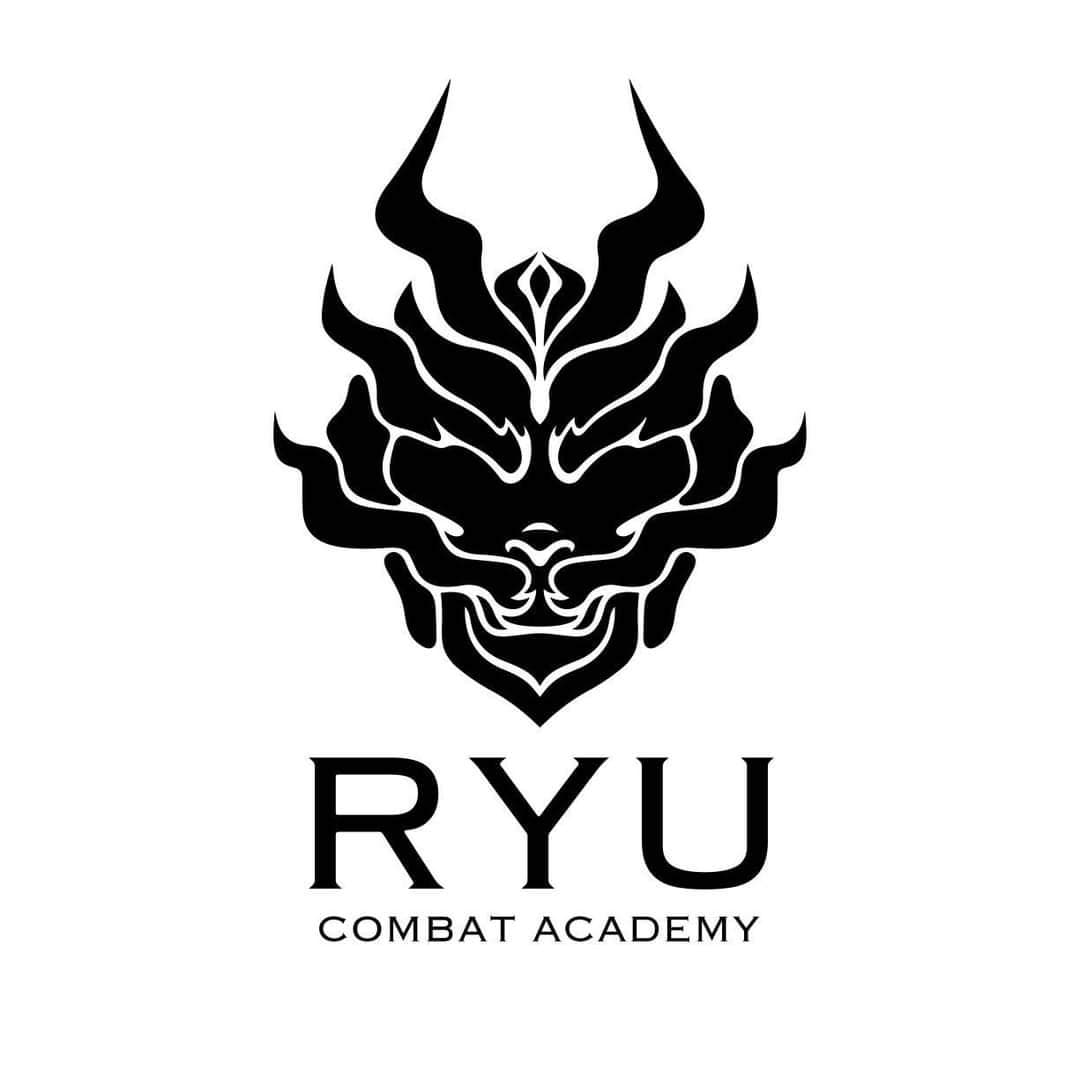