What McKinsey executivess have in common with BJJ champions 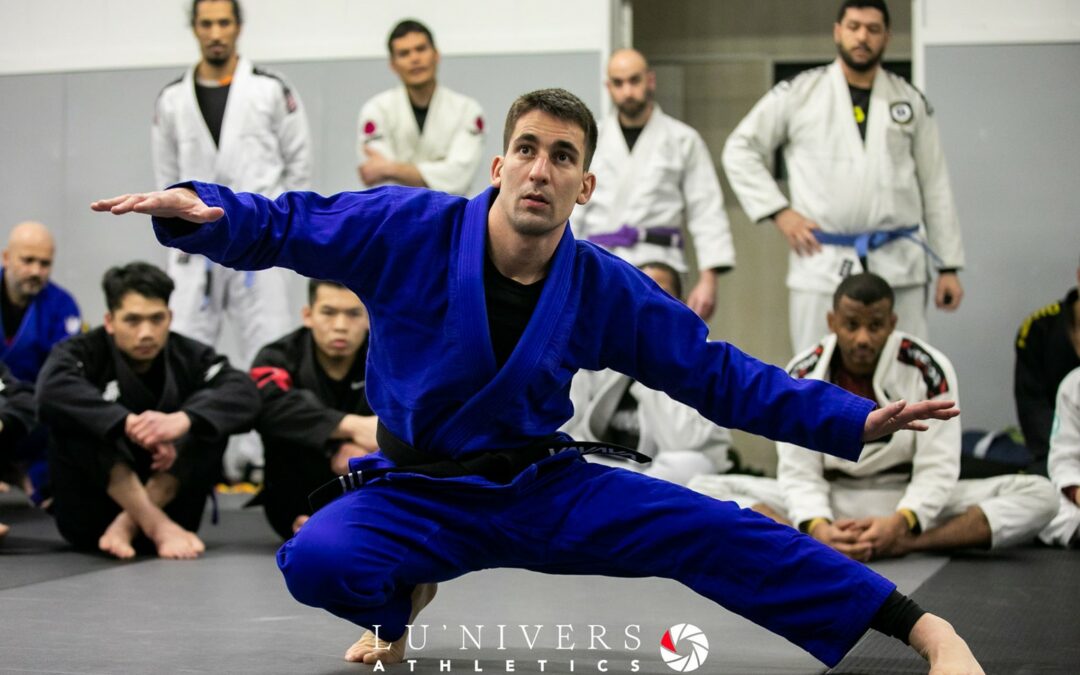 Having sat on the board of a London and Berlin-based international organization I was privy to perspective from the likes of the sharpest minds – diplomats, political advisers, CEOs, foremost educational experts and finance gurus fundraising for a noble cause.

I marvelled at how they analysed problems, came up with solutions and then implemented them for positive change.

From that board, I once had an American-Chinese wealth manager tell me he had no deep philosophical background for his choices, but rather simply used his own experience and instinct to make decisions.

“I know what works for me, I know what has worked before, and I listen to that and work from there.”

Some of the most stoic advice I have ever received, and he swore he hadn’t read any of those books for CEOs.

Another was a Scandinavian former McKinsey Exec-turned-independent consultant, whose advice was to always,

“bring strategy to your thinking, and educate yourself to be prepared for a career 20 years down the road that may not exist today.”

Learning from Gui Mendes in 2022 in Paris, having met him for the first time more than a decade ago in Rio Claro, Brazil, I am reminded of that same kind of keenly determined, perspicacious, down-to-earth savvy.

Born and raised in a small town a few hours out of São Paulo city.

He is half of the Mendes Bros. brand, which he shares with his also highly-decorated brother Rafael. Now based in Costa Mesa, California (thanks to PM Tenore of RVCA), the prodigy of Ramon Lemos and Andre Galvão’s ATOS family fame is a full-grown father to three and an academy with legendary status worldwide. It’s almost like a pilgrimage to Mecca for Jiu-jitsu practitioners.

I had made that pilgrimage to Rio Claro through serendipity, thanks to the foresight of Filipino BJJ coaches whose vision reached as far as seeing the incredible potential these two brothers had as early as purple belt in 2007. Despite the visit being a short 5 days in 2009, the experience inspired me deeply.

Here are some of his answers to questions that students posed after his recent seminar last February at Le Cercle Tissier, the foremost European Martial arts academy located in Vincennes, Paris. Coming fresh off the Roman European Open win of Tainan Dalpra, his student of 8 years, Professor, or Mestre Gui (as he is affectionately called by Brazilian-born, US-based Dalpra) shares some of what makes them so successful at what they do. 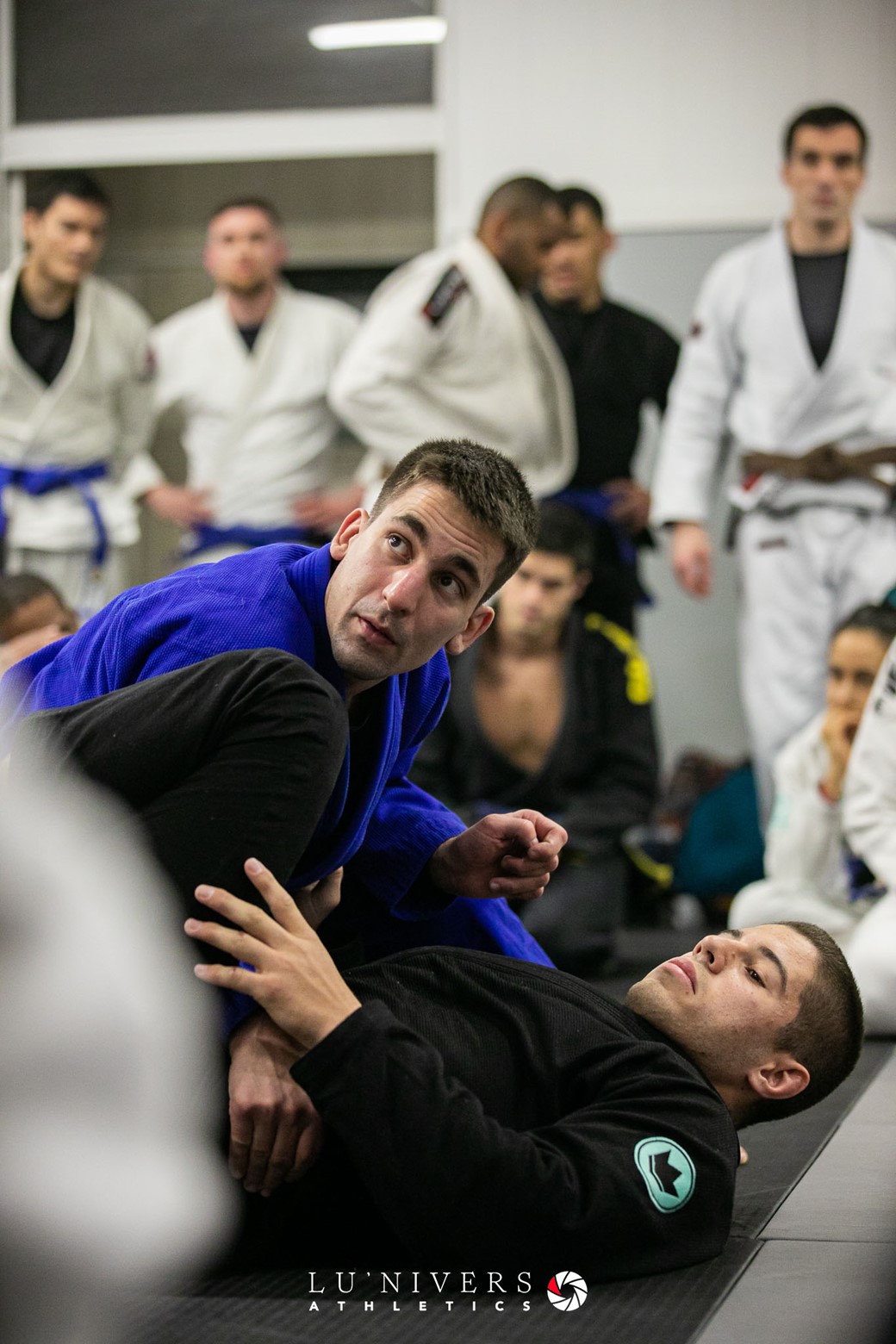 What do you do after a competition? How do you as a coach and former competitor view what has just happened and how do you spend your time?

“Everything continues as it was, we don’t do training camps. We keep doing and living as we did before, and this will keep going no matter what happens. The championship is a test, not a goal.

Our goal is much larger than that…Tainan’s goal is not to be the European champion. If he wins it, it’s proof that he is on the right path, and that he should continue. It’s a chance to find out if you have prepared well and when you succeed you know you are doing things right. 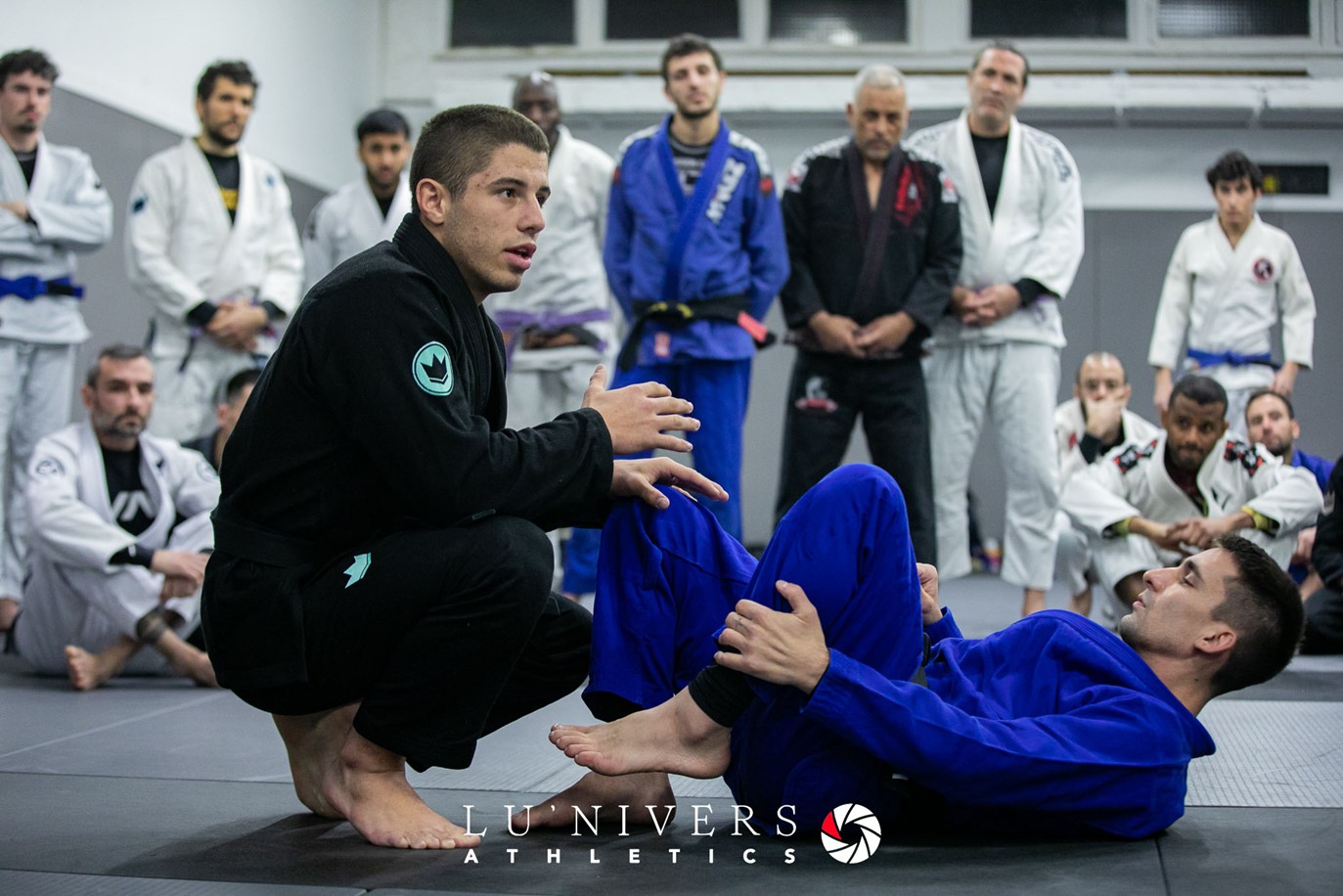 “Be realistic. You set your goals, work towards them, knowing what is possible in your situation, in your environment…I started at 11 years old, so I knew I had the time to make a career in JiuJitsu. Sometimes people get frustrated because they set goals so high and when they don’t achieve them, they give up.” 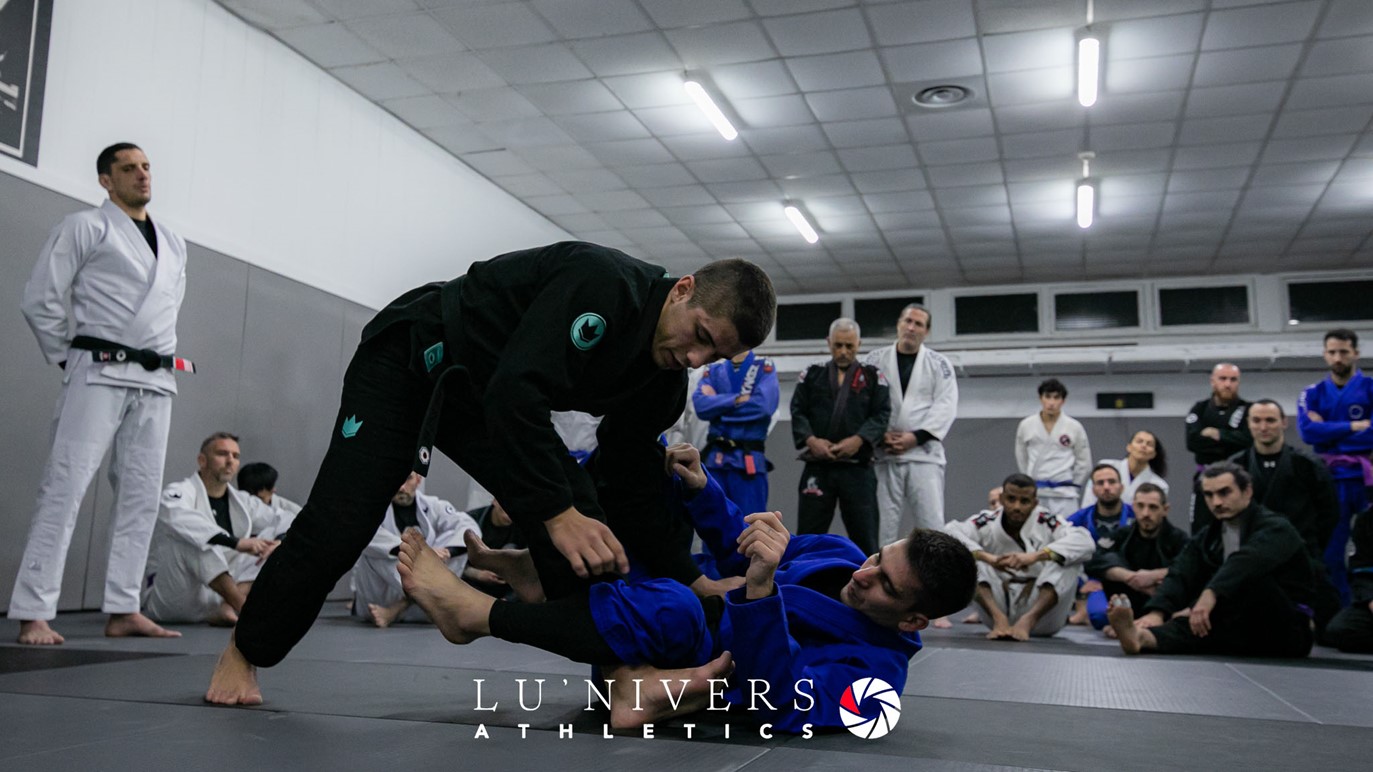 How do you get the kids to be so disciplined?

I think it is the ethos of the academy, the culture of the school. When they come there they see how we do things and they understand, they respect and follow that.

The teachers you see here (gesturing to three young champions all clearly under 20 teaching with him) have all come up through the children’s program at AOJ. They stay because they see what stages of development can come if they continue.

It’s very different from an academy where your teacher is only there twice a week and that’s it.

Some people make the mistake of staying in a [school] then reaching a very high level like black belt only to realize they don’t agree with the school’s philosophy, then decide to move. When they do and they join a new group, they have a hard time to integrate, because they already have a way of doing things.

I experienced this within the first five years of our academy, and that’s why I understood I had to start from the beginning. So we developed our program with this in mind.

Growth mindset, long game, and grassroots development – these sound like how Leo Messi was reared in Barça’s camps once upon a lifetime ago. 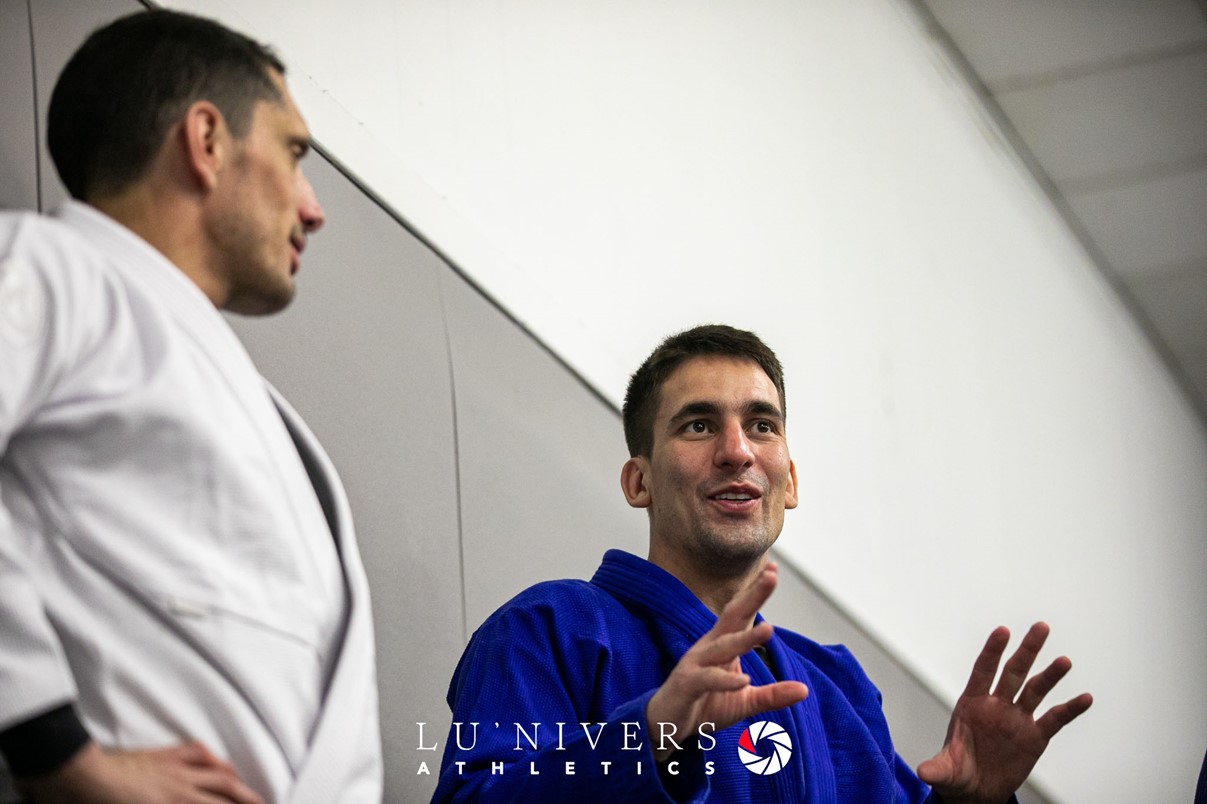 He recognizes the dedication, consistency, and strategic patience necessary to achieve victory – what is often called the “long game”.

He is also known for his passing technique characterized by a long-step, where you create space in a counter-intuitive direction, in order to come back and dominate more closely in a kind of crouched side mount.

A kind of perspective so deeply entrenched in one’s practice that most people would never have the stamina to implement, nor long term vision and dedication, to execute. 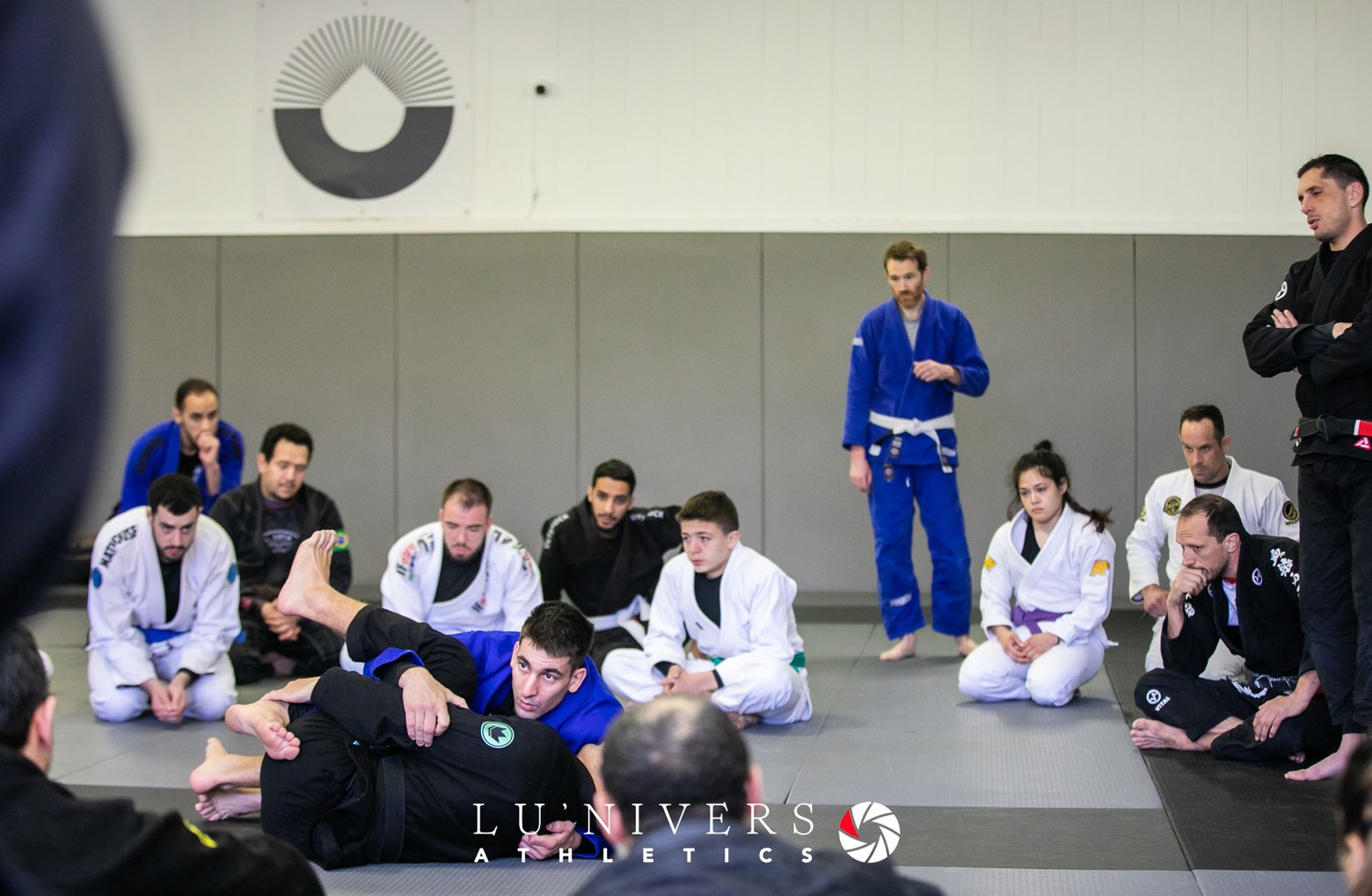 Showing the finer details of his famed “long step” pass

It’s the kind of grit his own Mestre Ramon Lemos is known for (now current head coach of the Abu Dhabi national team), who once confessed to me his greatest fear on his journey was living forever in a small apartment with only a cooler for a fridge, wondering if he was going to die that way.

It’s wonderfully satisfying to see him skiing with his family and doing Insta live from the slopes, on other days beaming hundreds of aficionados in a world-class facility working to become professional athletes of the sport today.

Far removed from the humble dojo I shook his hand in for the first time, where former blue belts would mop the floor and toilets in exchange for fees they couldn’t afford, all of them now enjoying full-time careers worldwide. 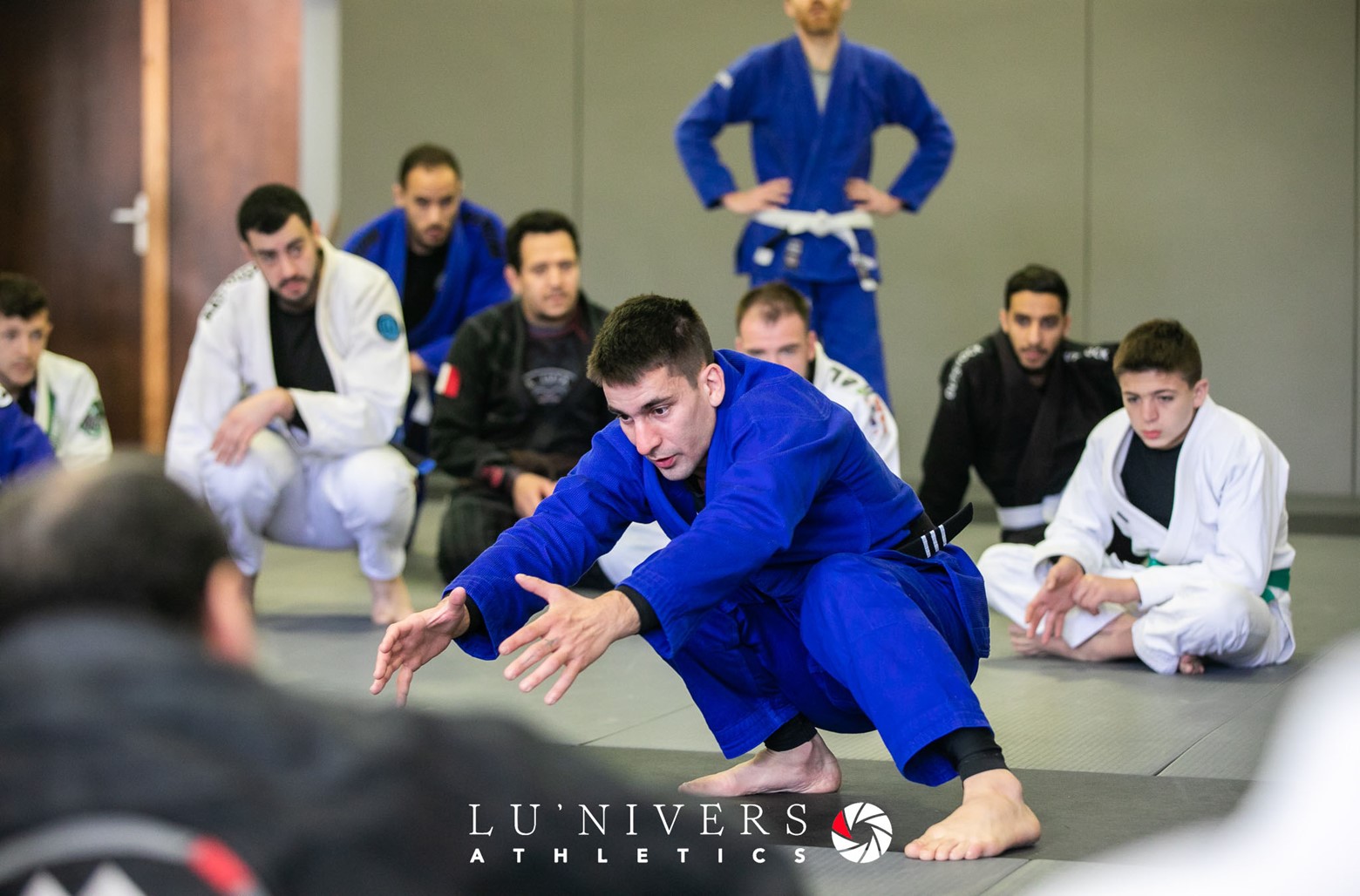 Emphasizing the low center of gravity and mobility needed

We reminisced over old photos and videos of him demonstrating a technique first in Portuguese, then translating it to English – since his goal was to get out of Brazil. He knew then that a foreign language would be part of his passport. At the time, he traded me a Dragão kimono covered in time-worn patches for those lessons. 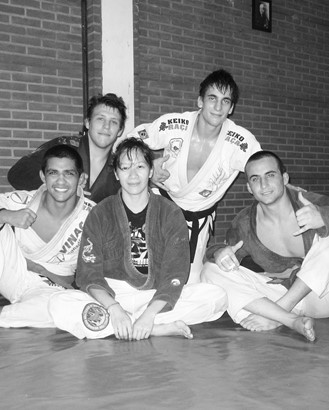 Focus, humility, hard work, vision, and conviction. The master and his disciples’ now visceral and continued success is a natural consequence of their ability to implement habits and mindsets that go way beyond the average, a kind of paradigm shift where a problem is only solved by becoming greater than the situation which created it. 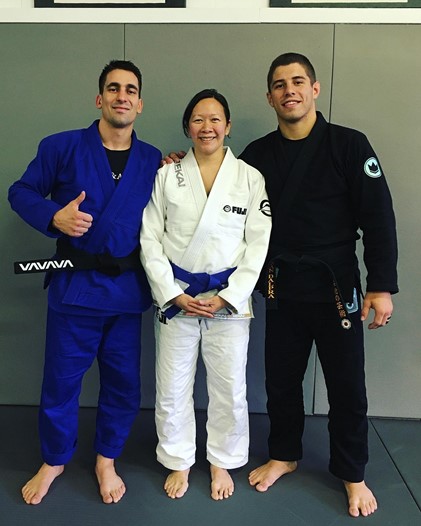