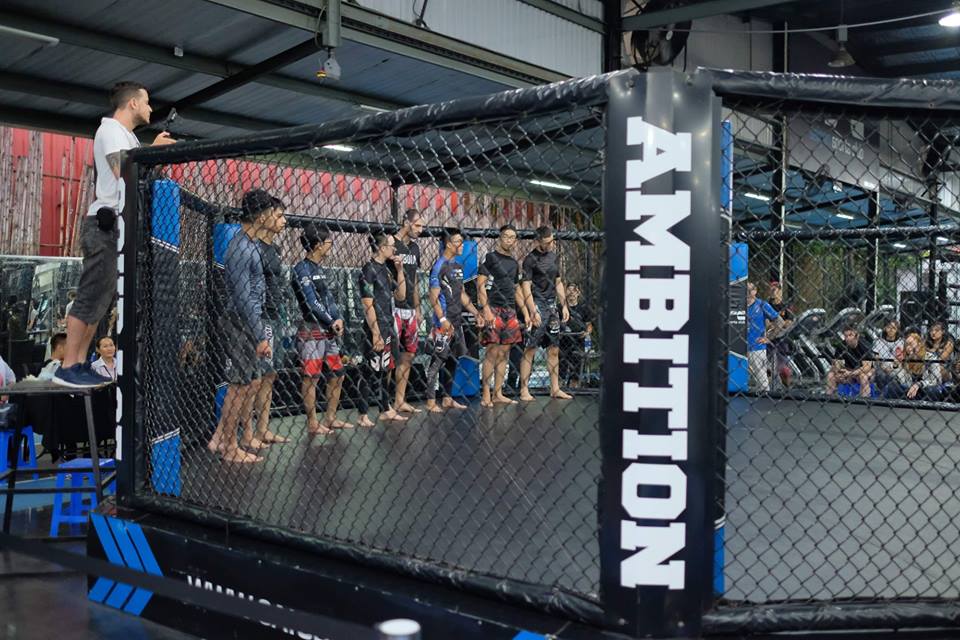 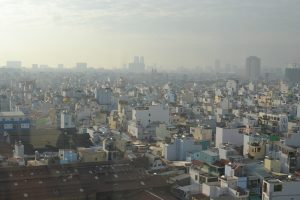 Back in January 2017, I was contacted randomly by one Anthony Luu, the front manager and organizer of the inaugural Saigon Open, asking if I would like to attend. Interest piqued I went about recruiting a handful of team mates to attend and we were soon booking flights bound to Saigon. 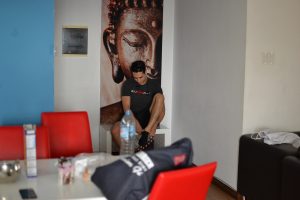 With five of us registered, we were soon on a flight bound for Ho chi Minh with a mixture of nervous energy and anticipation of what was to come. After a less than restful evening upon arrival due to Saigon’s noisy bike congestion we headed to the competition venue in District 7 to set up and prepare for the day of competition. 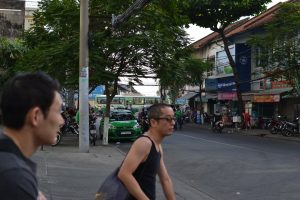 Luckily for us what made the stay and journey easier was our team mate Dominic himself is Dutch Vietnamese. (Quite the insightful podcaster and I must add that I have learned a lot from the man over the course of our friendship both on and off the mats) 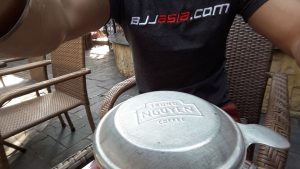 A short car ride to the venue, we register at the reception, collect our competition t-shirts and decide to grab some local coffee to pass the time before our team mate Dom is called to action. If you don’t know how the Vietnamese have their coffee then let me tell you; it’s a thick black coffee brewed to perfection then stirred into a cup with a measure of condensed milk inside. 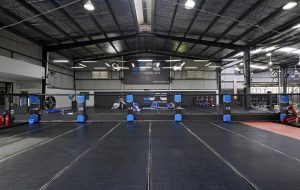 State of the art mats & equipment

Sceptical of the competition venue, we enter into a warehouse building where the stage was set and much to my surprise it is a state of the art fitness and martial arts facility. 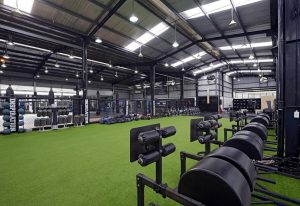 Plenty for those focused solely on strength & conditioning

It’s amazing to see such a modern facility in a South East Asian country I knew very little about. 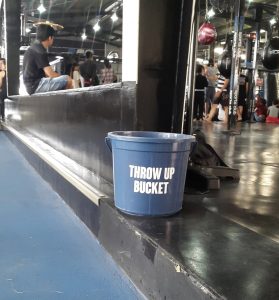 They give the people what they need, not what they want

Venue aside the competition was organized well for its first run, one odd factor though was that we were not allowed to film or take pictures of matches, at all. This got rectified post haste on the second day when suggestions were made to the organizers. Their initial justification of this was that they were filming all matches and would distribute the competitors matches at a later date. With HD filming devices and the bandwidth offered in South East Asia I think they realized the futility of such an endeavour. 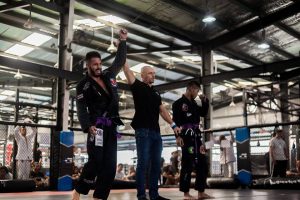 Arete getting the job done 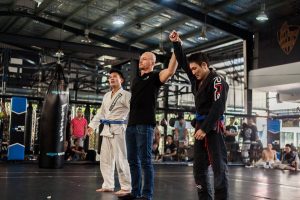 The event for the Arete Crew consisting of 5 competitors from Bangkok went relatively well the first day in Gi, 3 Gold medals and 2 silver medals. 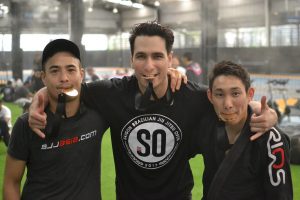 With the first day done our first port of call for the evening was a little place Dominic picked out for us called Quán Ăn Vietnam Restaurant. (The Vietnamese literally translates to restaurant) 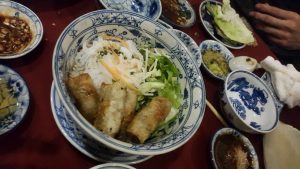 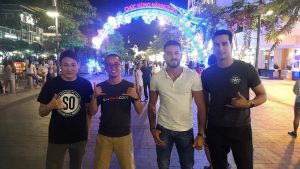 Luckily for us all we had to do was shut up and eat as Dominic ordered dish after dish of exquisite Vietnamese food. Hunger sated and no worries over cutting weight having no opponent the next day we headed to the Pasteur Street Brewing Company for some locally produced craft beer. 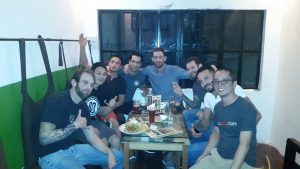 We managed to meet up with the Danimal BJJ crew shortly after arriving at the pub to discuss our thoughts on the first day and comment on the competitions positive and negative points and to ruminate over the next day of no-gi competition to come. 2 beers in and I get a message notification from none other than Anthony and but of course he asked if I would like to compete. Pretty certain I would not make the featherweight limit I told him but he assured me that the bout would be contested at lightweight. 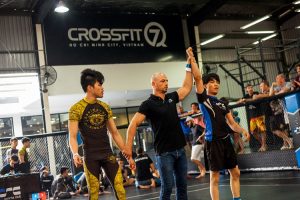 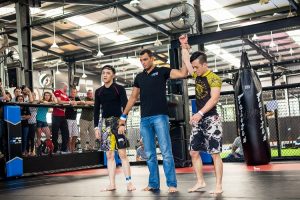 I did what any rational human being surrounded by a cloud of weed smoke in an enclosed space would do, order another pint and accept the bout. At least I wasn’t going to be sitting around for an extended amount of time doing nothing. We all headed back to the Airbnb shortly after this and went to sleep restfully for another long day of competition. 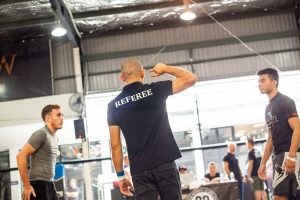 Waiting for the signal

The second day we arrived a little later than the day before and no-gi was well underway. Dom having little to no experience in no-gi had less success than his first day earning himself a bronze medal. Kjeitel had more success no-gi but a terrible call by the referee cost him gold as his opponent decided that he could win by pushing the single x foot on the hip across his knee line to scream reap. As much as I was outraged by his opponent Taco was furious. Screaming, pleading to the referee and asking Kjeitel’s opponent, ‘Is this how you want to win!?’ (Other words were used) Upsetting as this was the referee later came to apologise for the bad call. Given where we were, being the first competition in Vietnam I understood the level of due diligence on IBJJF rules would not be high. 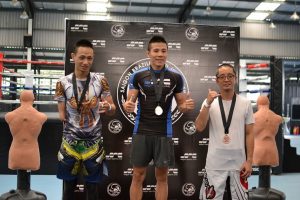 Just before the purple belts started a mutual friend of ours Vince arrived a little later and asked if we had collected our trophy. What trophy? It turns out that with the 5 of us had managed to get the 3rd place team trophy on the gi day of competition. It was quite amusing that we had zero idea and that we hadn’t stayed to collect the team trophy. 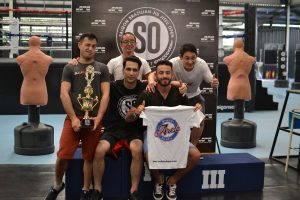 The team trophy we forgot to get

Sheepishly I asked Anthony if we could collect the trophy and once he passed it to us I asked our Sebastian to keep it for safe keeping as he was out of No-gi due to illness and was at the venue as a spectator.

We did not realize how sick he was until the next day when we were back at the airport and he was shivering in the terminal asking us for an extra layer of clothing. 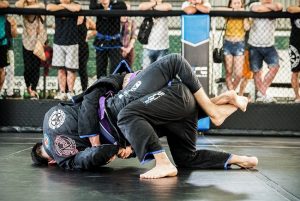 But I digress, Taco ended with a Silver medal and I won gold competing against one, who is a natural light-featherweight in Fitri. No one interested in the absolute we headed back to lick our sore joints and headed straight out for libations and Pho at a famous restaurant called Phở Cao Vân. 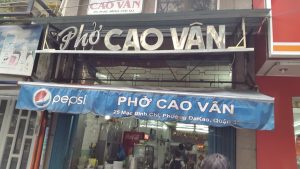 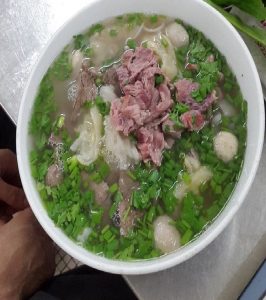 I have since kept in touch with Anthony Luu and he was kind to enough to answer a few questions regarding BJJ and Vietnam. 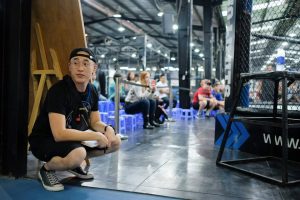 Here is his interview below:

Hi my name is Anthony, and I’m from San Jose, California.

I manage the Front of House at SSC, which has a plethora of disciplines under its roof. The classes we have offer a chance for people of all different backgrounds and interests to be able to join us and personally, it’s quite nice to see such different groups of people every day.

I started Brazilian Jiu Jitsu a little over two and a half years ago here at Saigon Sports Club (SSC) and never looked back; it was the first sport I felt truly expressive and creative in. 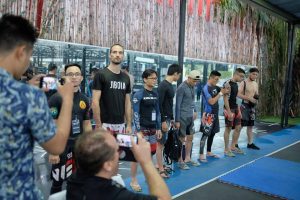 Competition-wise, I am most influenced by IBJJF tournaments, the Eddie Bravo Invitational, Submission Underground and Polaris.

Having a variety of sports under one roof results in a lot of people cross training and it’s interesting to see people’s interest shift from striking to grappling and vice versa.

I, myself, started with boxing when I first came to Vietnam and I was doing that for a little over a year. It was my introduction into martial arts and a lot of the fundamentals of boxing are still utilized in my grappling style now. 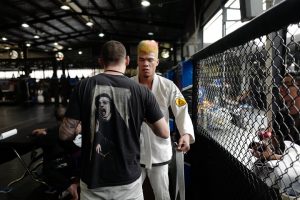 Before Vietnam, however, I didn’t really practice any sports. I didn’t miss out on much though, I enjoy my work and I don’t enjoy late nights. This combination works pretty well for a majority of my life, but I do wish I had more time to explore nature.

Ho Chi Minh City, now my home, unfortunately, doesn’t have much nature close by either so I seldom get a chance to just get away from the city and hike.

When asked which of the formats of Grappling and Jiu Jitsu he organized are his preference he gives an enigmatic reply; 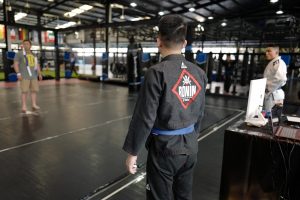 Both are great to gain experience from, seeing as they’re starkly different conceptually. Saigon Open’s purpose is to raise the Brazilian Jiu Jitsu community as a whole; it provides a platform for all practitioners to validate their training for both their coaches’ evaluation, as well as their own.

In contrast, SUPER8 is meant to elevate the best that the country has to offer, providing a platform for top grapplers based in Vietnam to showcase their ability. The event was held in a Cage, where cage use was allowed with no reset of position. Match length was 10 minutes, submission only with a judges’ decision (out of 3) if there was no submission at the end of the allotted time. All submissions were legal except from heel hooks, toe holds and spinal manipulation. 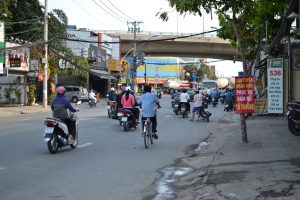 Naga to the left

Saigon Open’s biggest difficulty was definitely the logistics; herding hundreds of people through the competition processes will never be as simple as a single 8-person sub only bracket. As for SUPER8, the biggest challenge is aligning the event’s structure to facilitate an entertaining, spectator friendly show. I believe that is the biggest problem with all grappling shows in the world at the moment. The more profitable the show is the more money can be put back into its competitors, further validating their career choice in professional grappling.

Saigon Sports Club has a good amount of every type of practitioner. We do encourage everyone to compete, in every discipline here. Of course, the reasons will be different for each individual but it doesn’t matter if you want to win, make friends, or experience new things; the important thing is to get out of your comfort zone and expose yourself to as many things as you can in life. 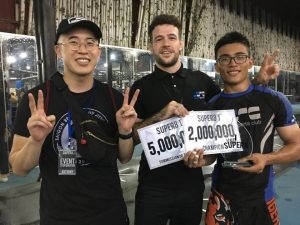 Two Saigon Opens, one sub-only competition and a burgeoning BJJ community shows that the only way is up for the grappling community in Vietnam. 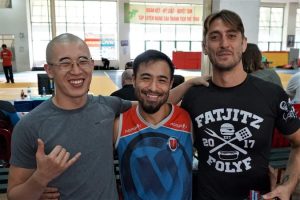