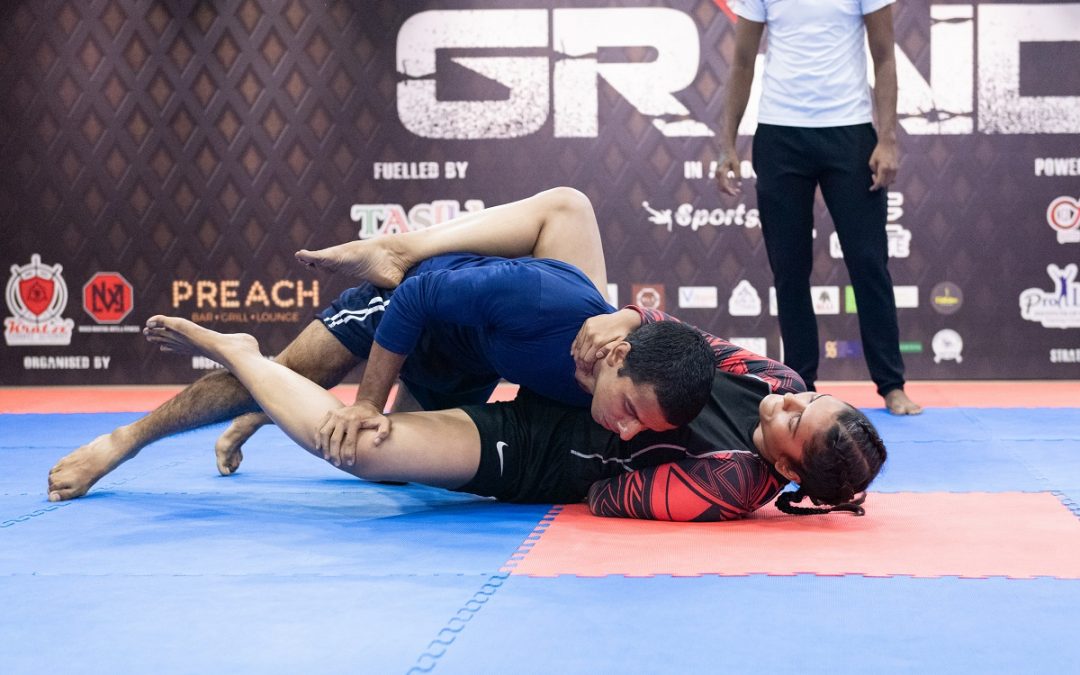 GRIND – India’s first invitational only pro-grappling promotion held their third event (GRIND 3) on 27 and 28 July 2019. The promotion has come a long way since organizing its first event in 2017. This time not only did they invite some of the top grapplers in the country, but they also organized two international fights.

The group matches followed the league format with the athlete getting the most number of wins taking the gold, and the silver awarded to the runner-up. The results under the different weight categories are as follows:

Famed Indian wrestler Virender Singh attended the event as the brand ambassador. Virender Singh is an Indian freestyle wrestler from Haryana and is regarded as one of India’s most accomplished deaf athletes. He has won three Deaflympics gold medals and a bronze medal. He received the Arjuna award in 2016 for his stellar contribution to Indian sports. Also, for the very first time in India, the promotion organized a mixed-gender bout. Though the bout ended in a draw, the contestants, Prem Prakash Pal from Kratoz Combat Academy, and Sankalita Chakraborty from BJJ Ronins delivered a solid all-round performance.

Chief Convener and Founder of GRIND, Shiba Pradhan said – “GRIND 3 has been an upgrade from our previous two events. We have had significant media coverage this time. The co-main and main event was exceptional. Watching the veteran athletes fight it out has been an enriching experience for our athletes. Virender Singh was very appreciative of the fact that we wanted him as the brand ambassador. His presence was a source of inspiration and empowerment for the competing athletes. We have plans to include more international teams and super fights next year. We are also planning to hold try-outs across the country and invite elite athletes.”

CEO and Co-Founder of GRIND, Subhoroop Ghosh said – “GRIND 3 has been an exciting event. We had some of the best athletes from the country competing in the tournament; hence, the level of competition has got even better. The super-fight was astounding. We saw two skilled athletes battling it out on the mats, and it proved to be a learning experience for the competitors. The inclusion of Arjuna Awardee Virender Singh as the brand ambassador has been a blessing for us. We aim to involve him in seminars and workshops in the coming days so that athletes can improve their skills. We wish to gear up and get ready for a GRIND – World Championship soon. To realize this we need support from all combat gyms across the country and abroad.”