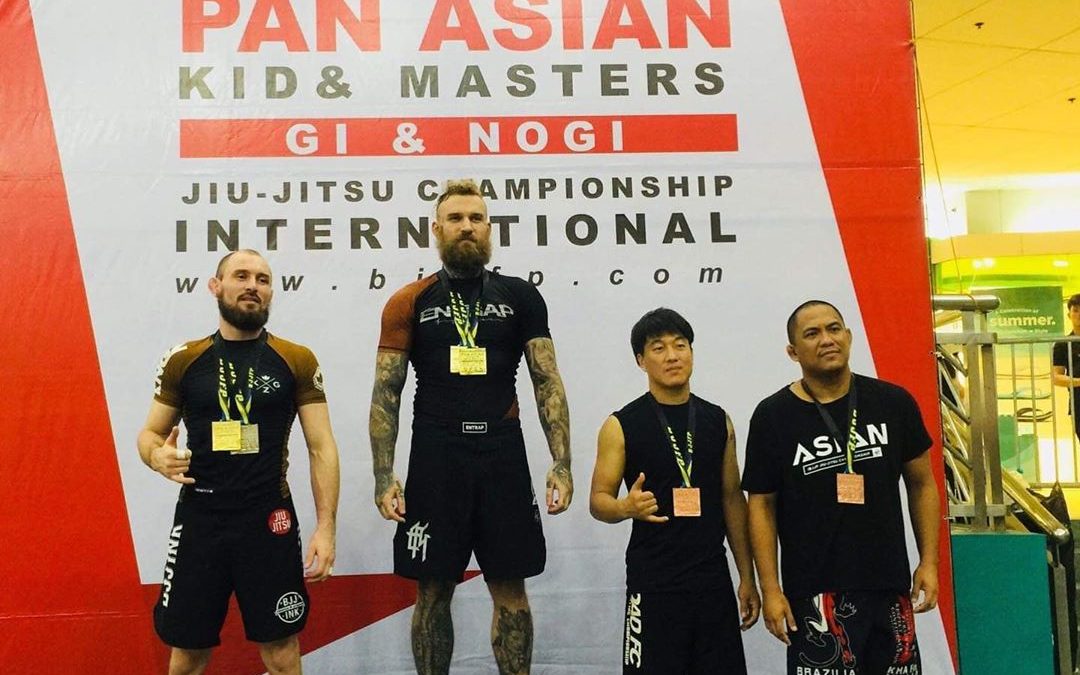 Let’s start at the beginning. With your martial arts background. How did you end up getting into BJJ. Were you always into combat sports?

I discovered martial arts pretty late in my life – apart from doing some Taekwondo in elementary school, I’ve been pretty oblivious to combat sports most of my life. It all changed when a friend of mine (hi Rafał!) convinced me to train Muay Thai with him. After a bit of hesitation, I agreed.
Every time I went training with him, I would see these guys dressed up in pajamas rolling on the mats (there would usually be two classes happening at the same time), but I wouldn’t think much of it. That turned around during one of our warm-ups – we did a sort of a rugby match mixed with wrestling.

We would run around with a ball and take each other down. I found myself trying to wrestle down a guy from the opposite team. Suddenly, he teleport-ed behind my back and got me in a tight rear naked choke. He let me go out of pity I guess, but that struck a chord with me: this not-so-fit guy can overpower a 100kg dude with little effort. After I picked up my shattered ego, I bought my first gi and showed up to my first ever class. I guess I should thank that guy! 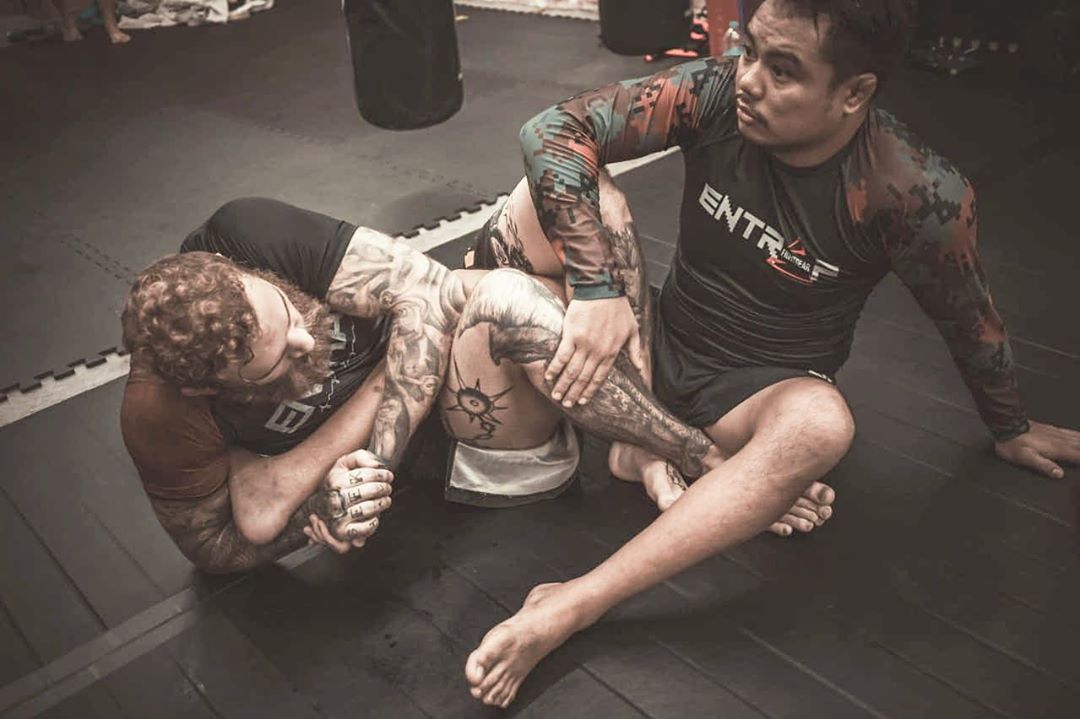 I know you have a background as a programmer or developer. Is this the right kind of mentality for jiu jitsu IE the problem solving, troubleshooting type?

For sure! Being a developer taught me that sometimes a large amount of effort translates into little progress. It also taught me to embrace the grind, go through several iterations before you can solve a problem. All of this translates to Jiu-Jitsu very well in my opinion. I’m also a huge geek and what’s better to geek out on than BJJ? 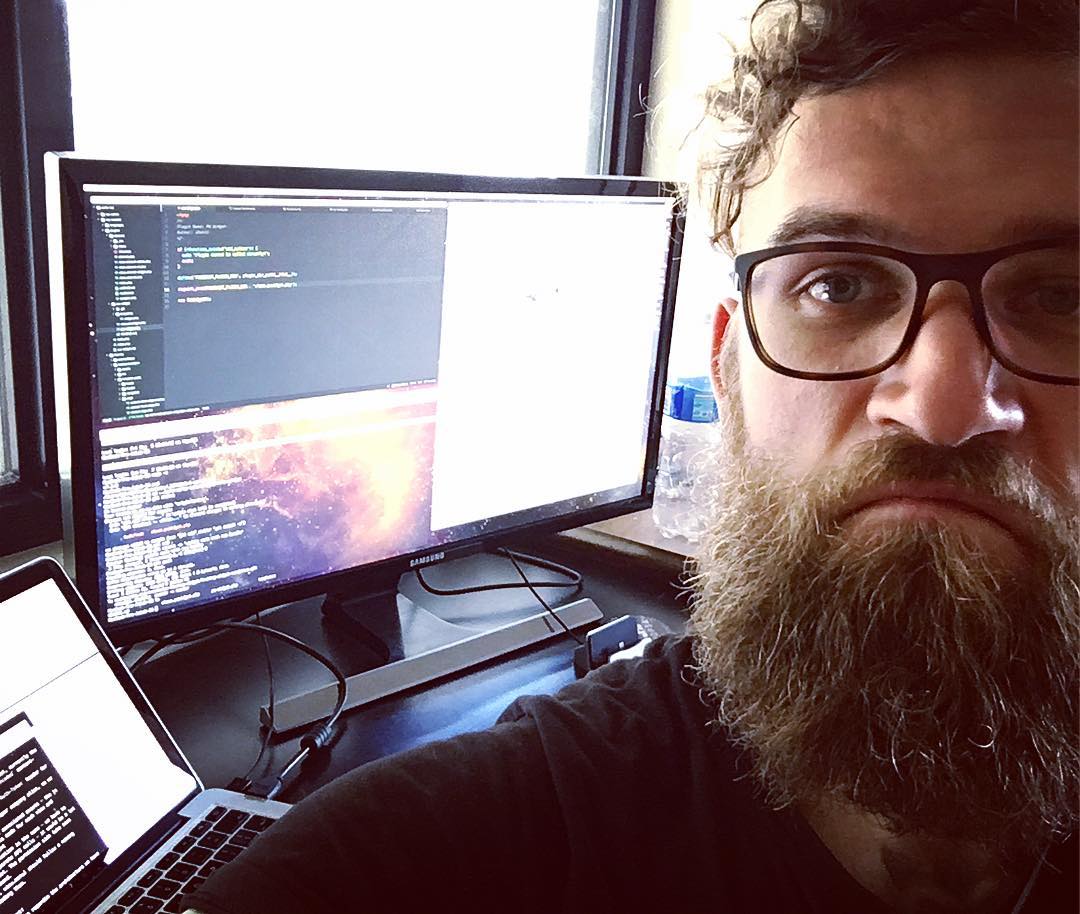 Now let’s dispense with the cliches, did jiu jitsu save your life? How different would your life journey have been had you never stepped onto the mats?

I think Jiu-Jitsu saved me from who I would become if I hadn’t taken it up. I’d probably still be the same out of shape dude who can’t control his temper, drinks too much and smokes cigarettes. So even though Jiu-Jitsu didn’t save me from drug addiction or other serious things, I can say that it shaped me to be the person I am today and I am grateful for that. 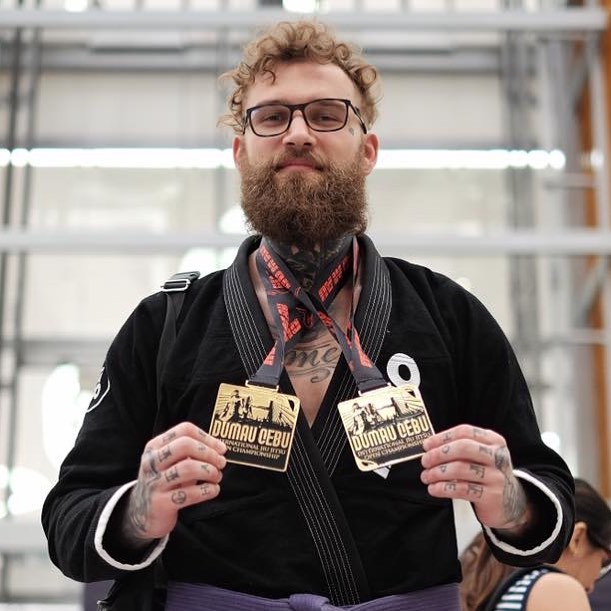 So how did a Polish guy end up in Manila?

I didn’t come here for the girls like a lot of white dudes do. Moving out was actually my ex-girlfriend’s idea. I was actually very sceptical about moving out to the other end of the world as I have never traveled outside Europe before. I was also pretty ignorant about Asia, so I had to do a lot of research about the Philippines.

The most important thing was: does anybody train Jiu-Jitsu here? After hours of googling around, I found out that there is quite a lot of teams and gyms present here. I didn’t really care for anything else – as long as I had a place to train, it didn’t matter where I was. 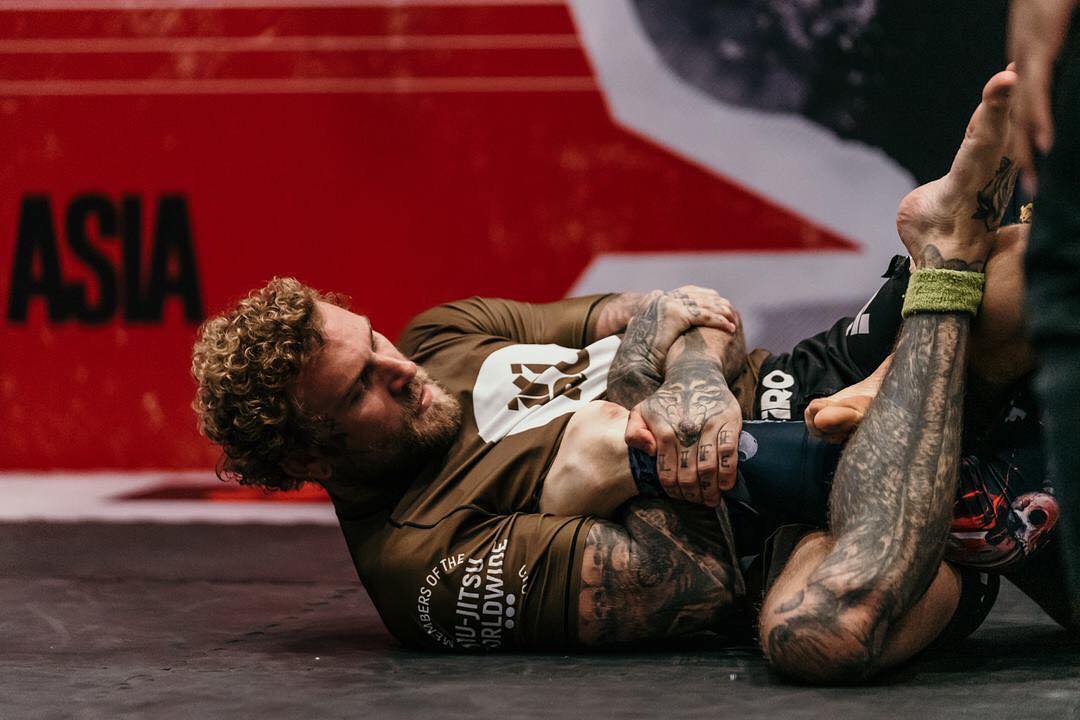 What are your thoughts on Asia in general? Perhaps you can offer some insight into the differences in jits within the region.

The thing I kind of noticed is that politics still play a big role with some people here. That tends to create some tensions between teams and the occasional drama. You could say I got caught up in the middle of it all as I was kicked out of my former team here for cross training. Back in Poland this was never an issue – people train with each other and don’t really care about affiliations. I do however see it slowly changing for the better.

There’s also not a lot of black belts around here, so a lot of times you see classes being run by lower belts. This isn’t a bad thing of course – the majority of them put in all their heart to provide the best instruction they can. People seem to take a lot of pride in training martial arts around here.

I think people in the west are a bit spoiled by their nice gyms, expensive gear etc and they kind of take the art for granted. Here I see people struggle to make ends meet but still manage to find a way to train. I think that’s what helps me get up every morning and drag my ass to teach. 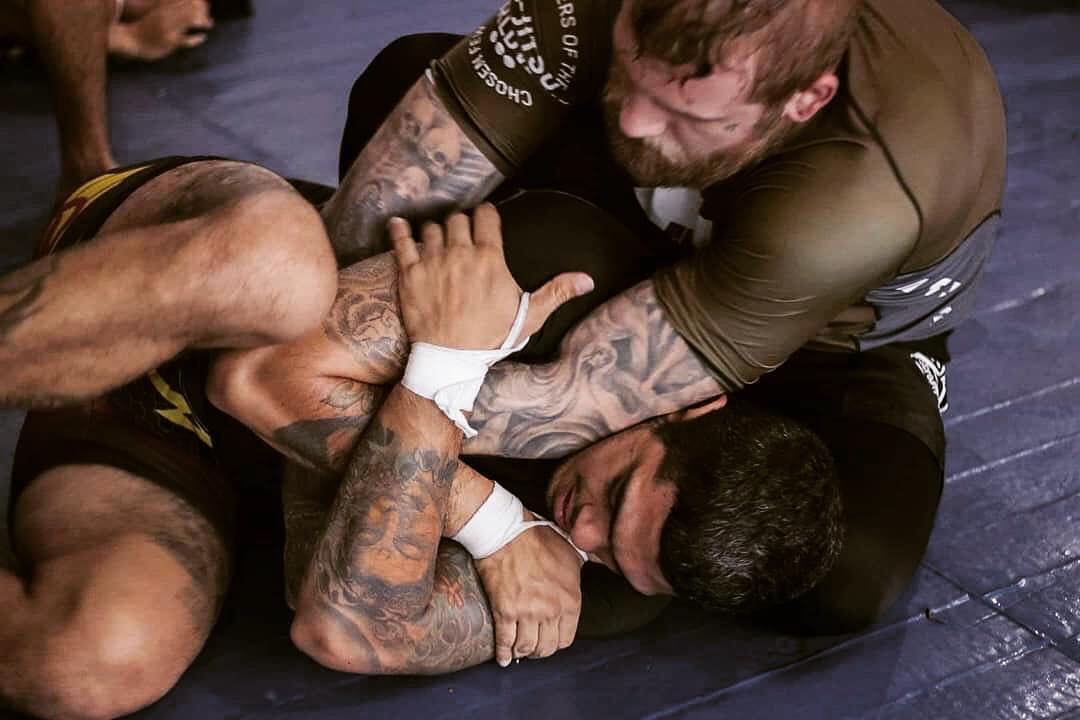 What would you consider an optimum training and nutrition plan?

To me, the optimal training plan is whatever I can recover from. Of course nutrition is strictly tied to that. I believe that consuming the least amount of animal products possible is best for you. I gave up eating meat more than 10 years ago and I consume the least possible amounts of milk and other animal products.
As for my training I currently teach 5 classes a week and attend an additional class or two. I throw in some body weight exercises for some additional power and I ride my fixed gear bike to training for additional cardio.

What do you consider the most important lesson learnt in life, either on or off the mats?

That would probably be to always be true to yourself. It may be hard at first, but it pays off later in life. You don’t need to go out of your way just to please someone else. Speak your mind, have your own opinions on things, don’t be afraid to express yourself and don’t be afraid to remove people from your life. 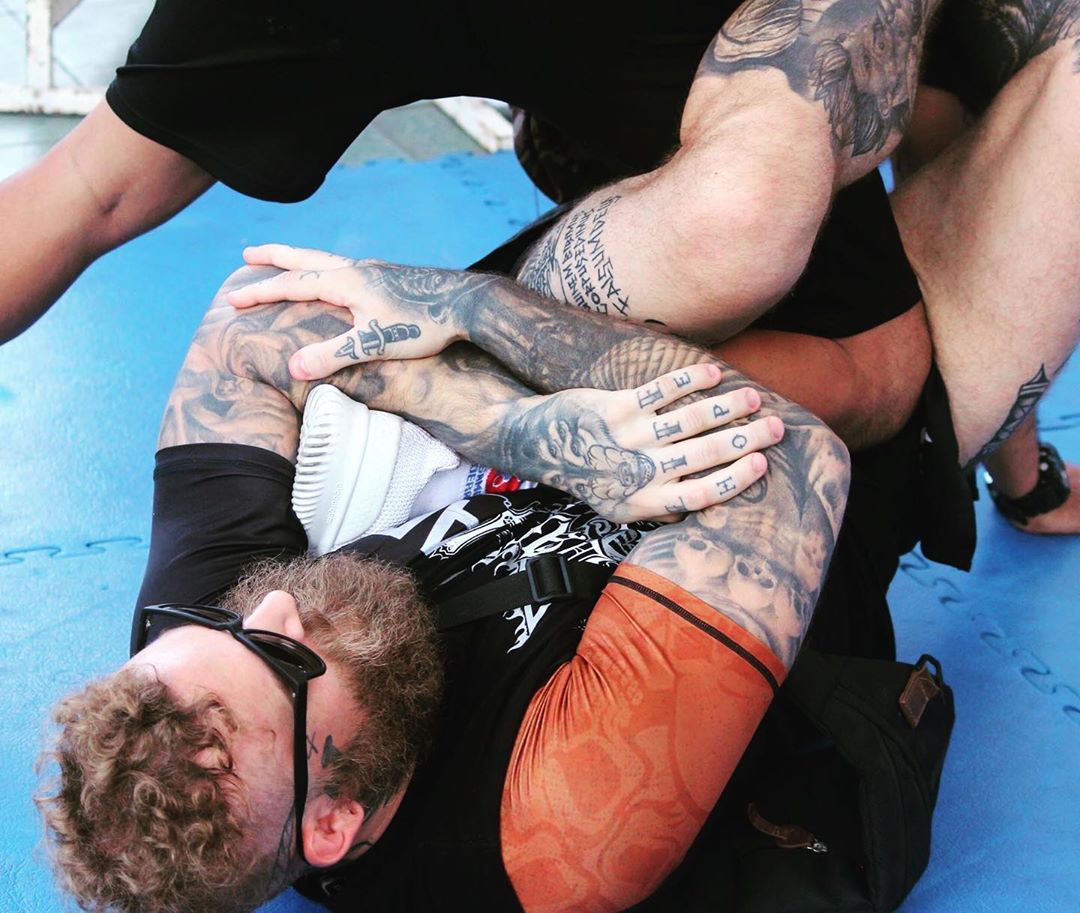 What are your ambitions for BJJ? Do you plan to open an academy and share your knowledge?

Owning an academy and turning your passion into a job sure does sound sexy. The reality is that it can be hard to make a living that way, especially with new academies popping up every couple of months. I’m happy with being a freelance coach, training in different places with different people, spreading Jiu-Jitsu joy.

I really want to share my brand of Jiu-Jitsu and become the best coach I can. If I can stay injury-free and catch some good competitions on the way, that’d be great. I might try MMA in the near future since I’m still relatively young. 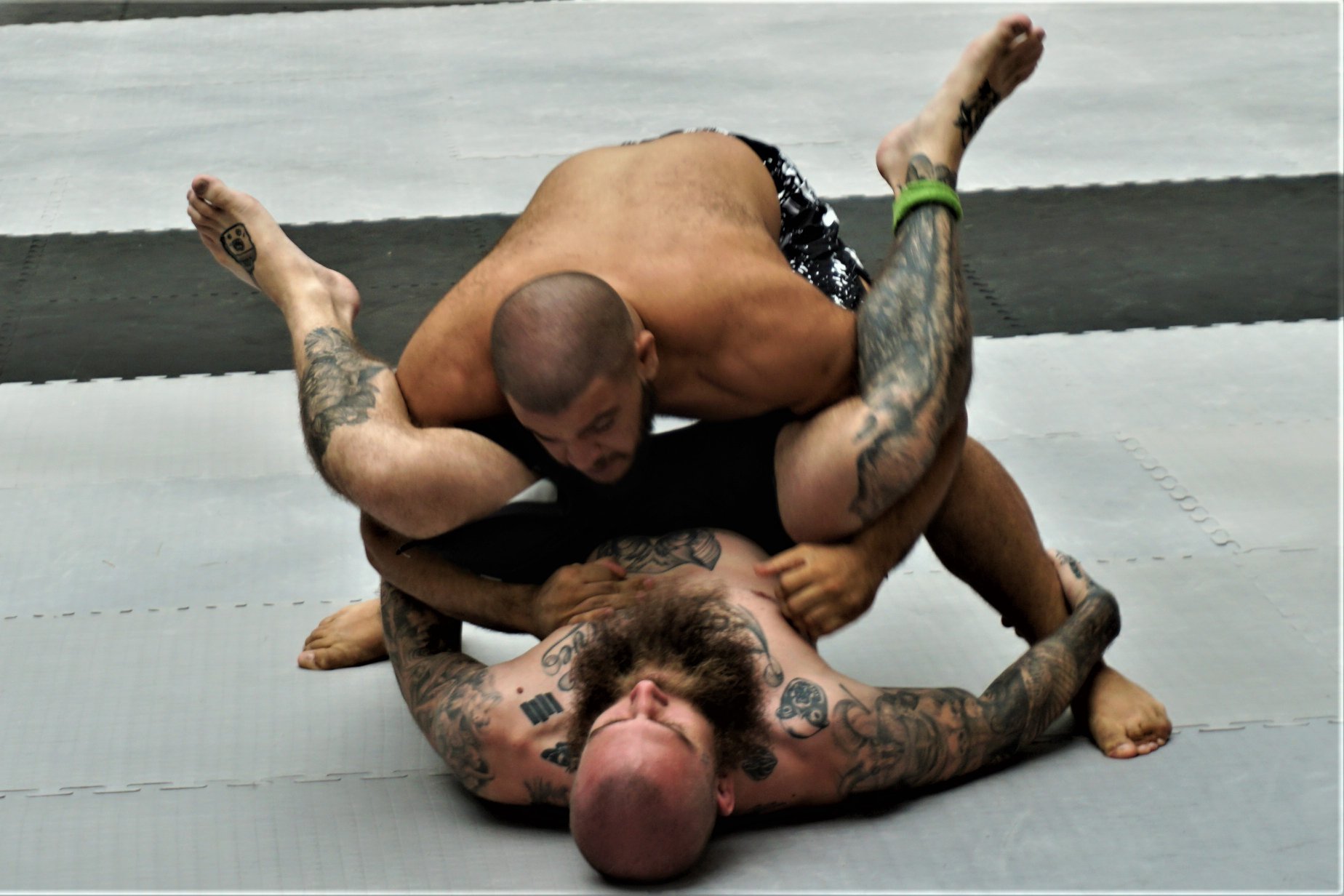 I have to ask, do all the tattoo’s give you an edge in competition? I mean surely there is the intimidation factor.

Tattoos have become so prominent among fighters (and the general population) that I really doubt anybody gets intimidated by them anymore plus at higher competition levels it’s hard to intimidate people in general. I would prefer people feared me for my Jiu-Jitsu rather than for my appearances. 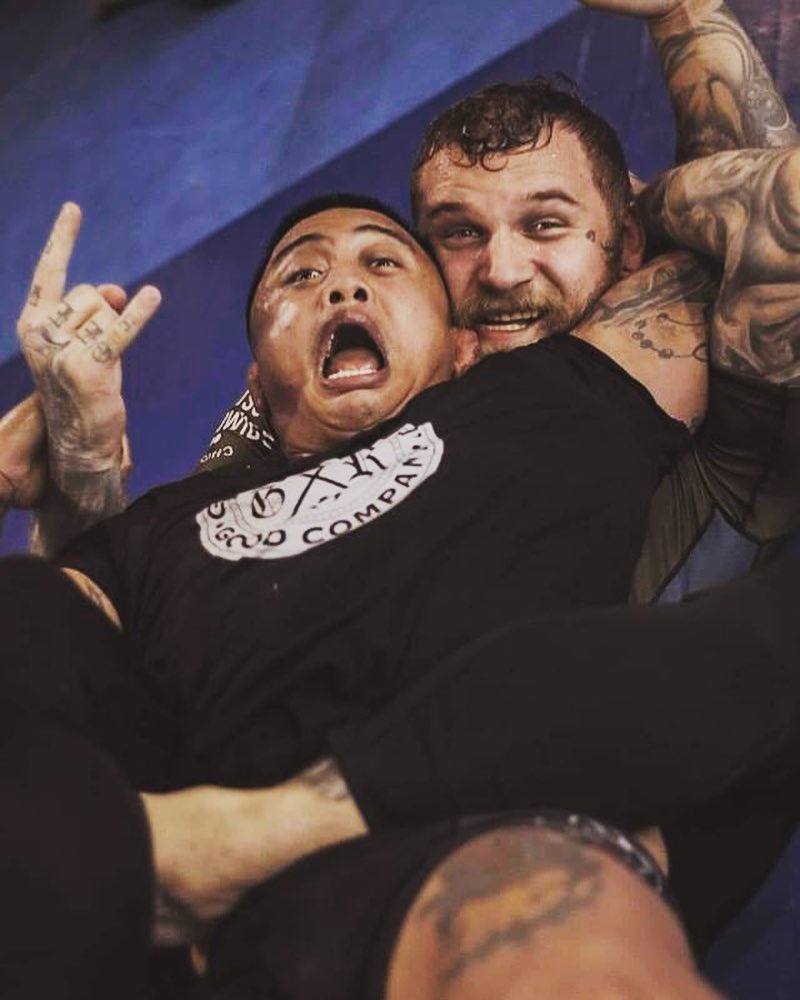 How do people perceive body art? In both the sport and daily life. In addition how is the general perception of tattoos changing?

I would say it’s changing for the better. I don’t think people associate tattoos with criminals like they used to a few years ago. Companies aren’t as strict with tattoos as they used to be. A sleeve isn’t as shocking as it used to be when I first started getting tattooed. Of course being the freak with an inked face I still get stared at on a daily basis. Sometimes random strangers compliment my tattoos when I’m going around and high-five me. There will of course always be people that hate everything that’s different, but that’s just their opinion. 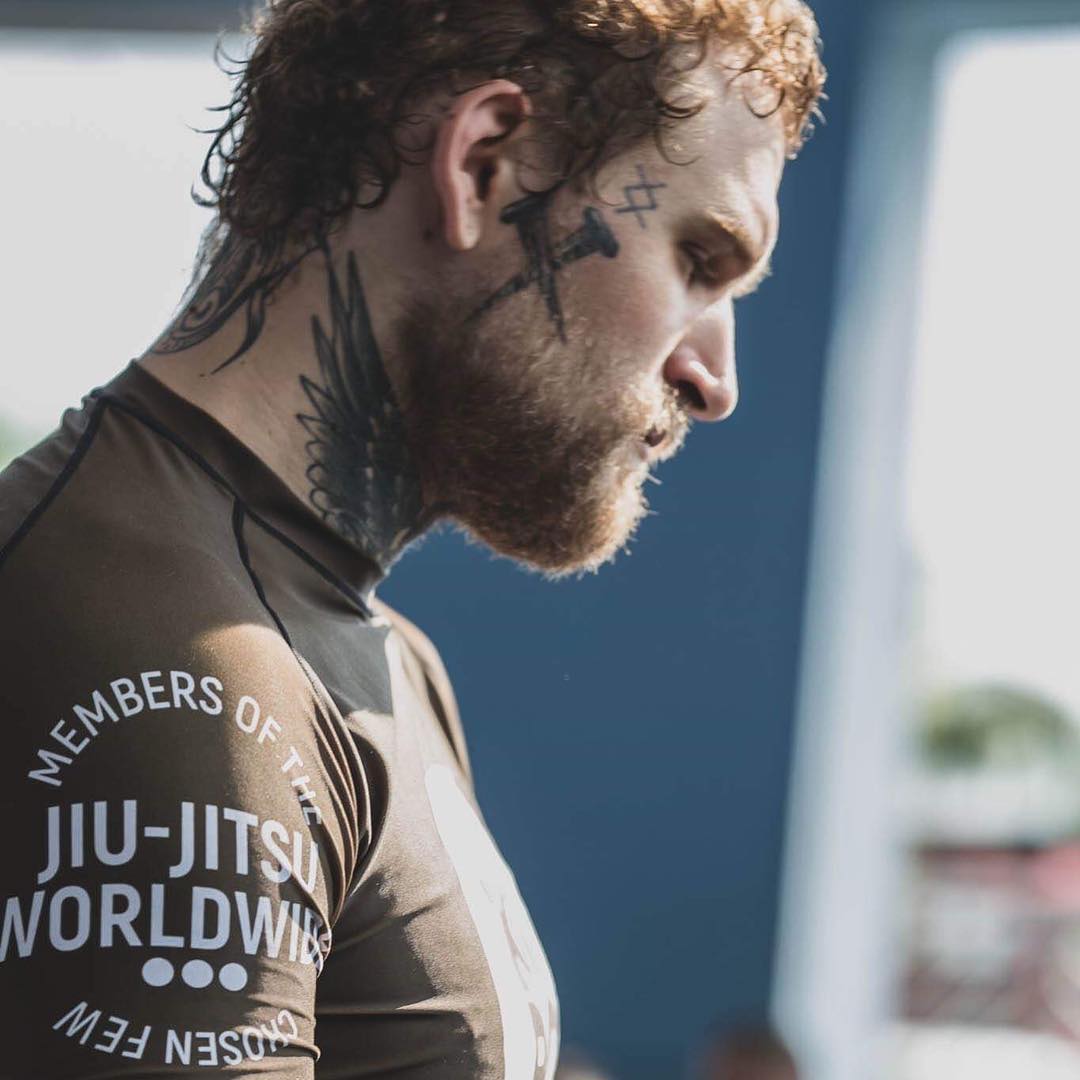 Now that you are a brown belt teaching, travelling and competing you inevitably become a role model. To your students and those that follow you on social media. What advice can you give to those wishing to pursue the jiu jitsu lifestyle?

Shut up and work hard. Your actions should speak louder than your words. Sometimes I feel people want to get sponsored the moment they win their first medal. In reality, there are no shortcuts to living the jits life. I still work full-time every single day to support myself, my family and my passion. Sure, it’s gotten a bit easier since I have some awesome people supporting me with the occasional gear, but I don’t go around asking people for money because I don’t want to work anymore.

One day you win double gold at a tournament and the next day you have to show up to work – it’s the circle of life. I know this sounds a bit dark, but nothing can replace hard work. And who knows? Maybe if you work hard enough you can become the next Jiu-Jitsu sensation? 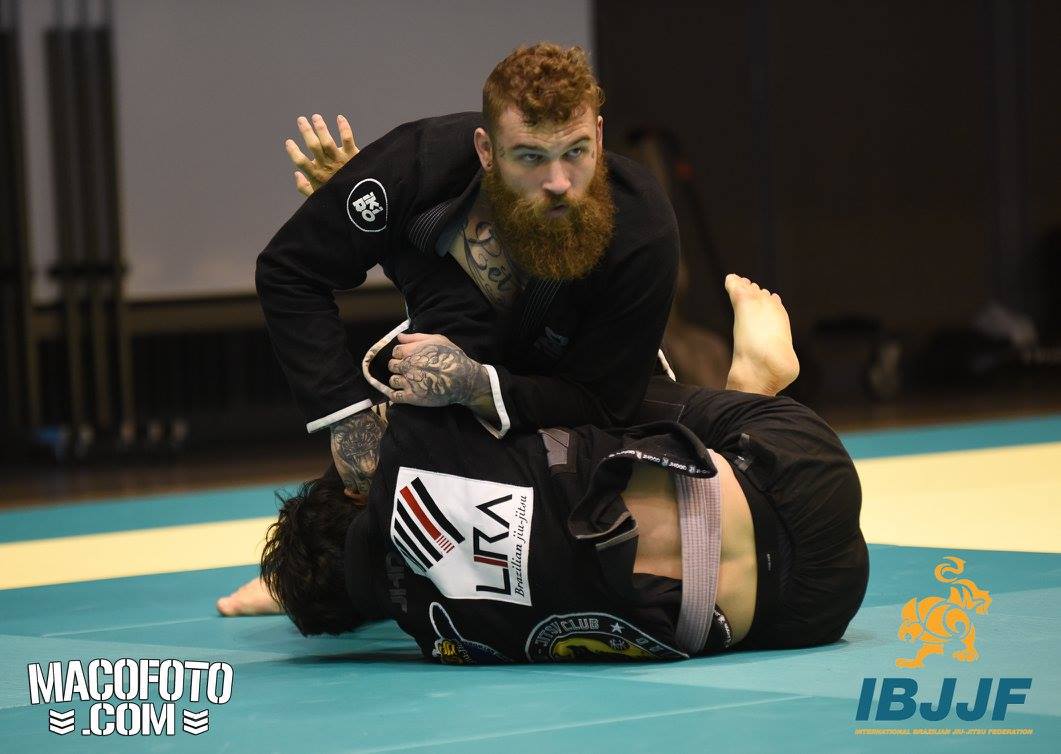 Thanks for your time Jakub.