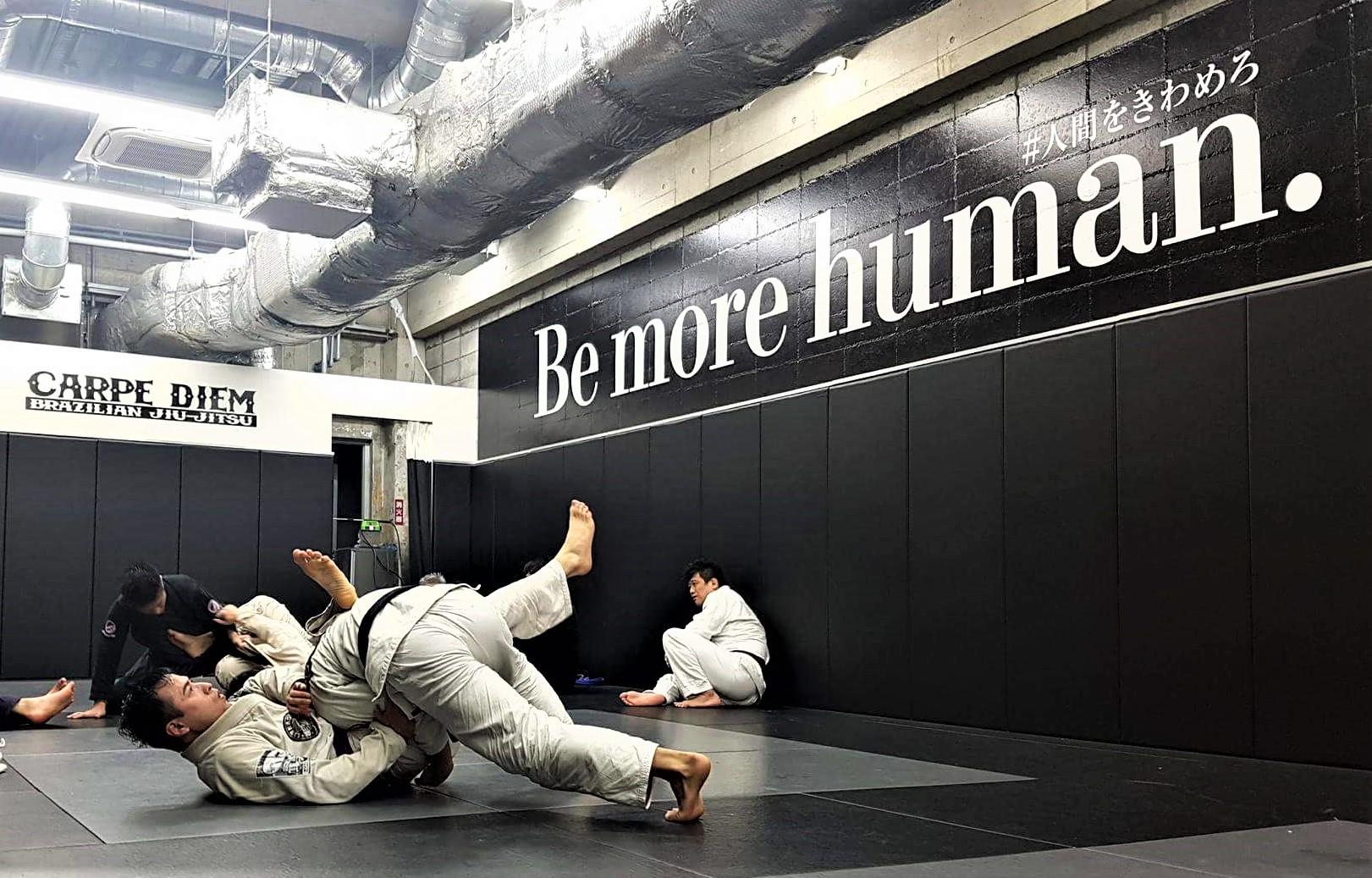 Recently, I had the privilege to visit Carpe Diem Mita in Tokyo. Attending part time study at Temple University in Tokyo I was walking distance to the gym and was keen to see what the hype was. Gi packed and class finished, I made my way to the basement gym. 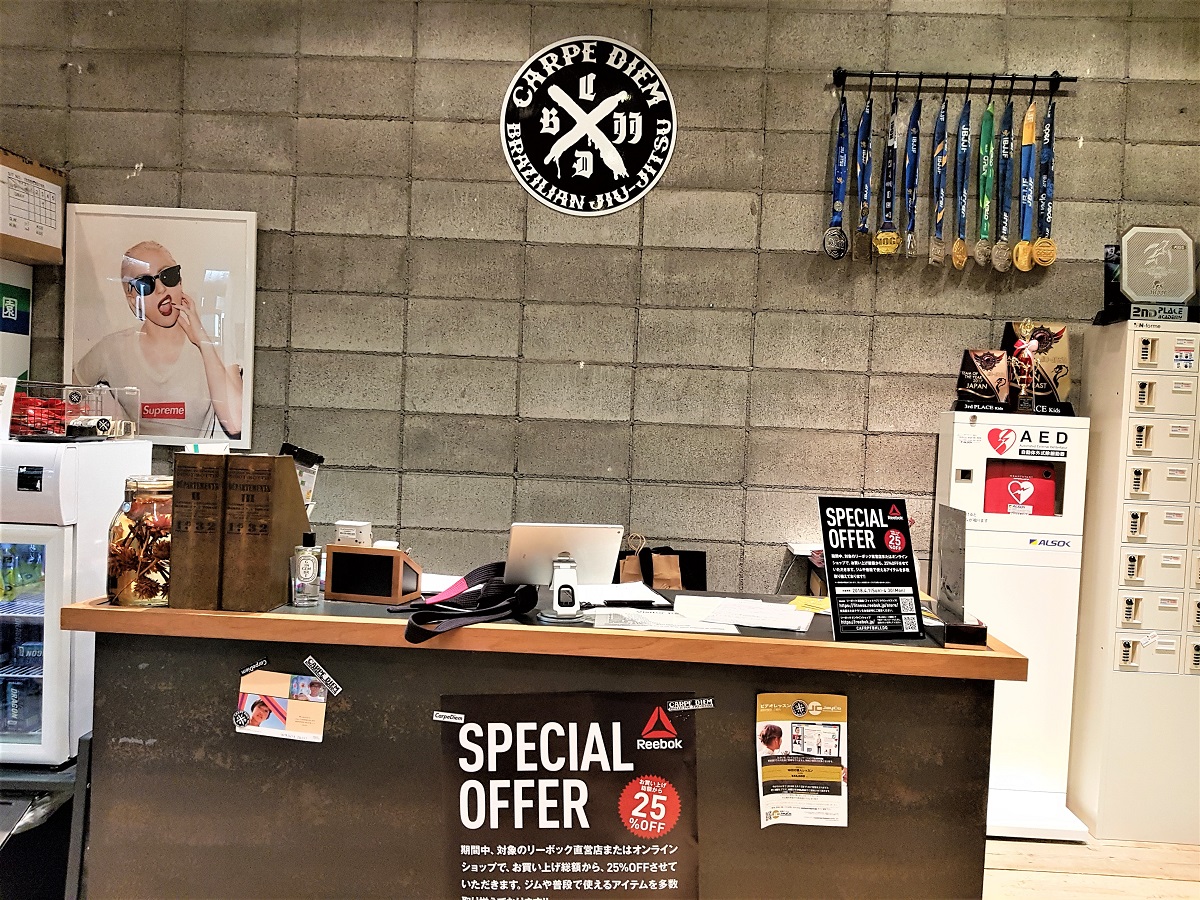 Carpe Diem was founded by Yuki Ishikawa in 2013 and after having been training abroad and teaching under the prestigious Tri-force banner, he decided that he would create something new, from his perspective. As many know from the popular “Dead Poets Society” the term “Carpe Diem” in Latin means “Seize the day,” a philosophy in which the gym strive for. From Ishikawa’s vision, 5 years on the team has become a Jiu-Jitsu powerhouse not only in Japan, but on an international scale.

Carpe Diem now have 4 branch gyms outside of Tokyo (which has 3), located in Fukuoka, Nagasaki, Kawasaki and Gifu. Additionally, the Hiroo branch now have a separate Carpe Diem “Girlz” branch which cater exclusively to women, a first of its kind in Japan. Now, they have cemented their international acclaim in the form of its first international branch in London, led by Tsuyoshi Tamaki.

Rapid expansion aside Carpe Diem hosts a just as strong competition team, tearing through the regional and international circuit. Masahiro Iwasaki has just won silver at the Europeans to start off 2018 and the head instructor of the Hiroo branch Tomoyuki Hashimoto has legitimized Carpe Diem with a gold in the IBJJF Pan American Championship 2018. The sky is the limit for these competitors and 2018 looks to become Carpe Diem’s biggest year yet.

So the question is how does the gym stack up to their mighty reputation? 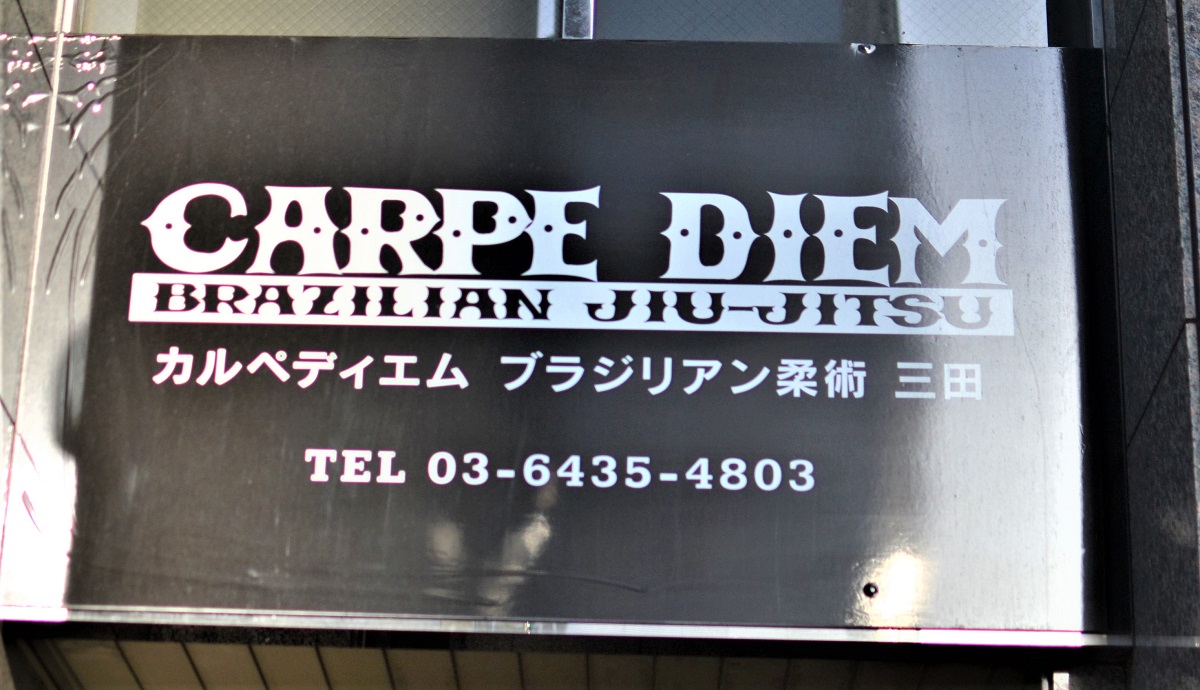 Carpe Diem Mita is a 5-minute walk from both the Mita Subway Station and the JR Tamachi Station. A great view of Tokyo Tower can be seen on the main street leading up to the gym. If you can see the tower, on a great wide road you are going in the right direction.

A nice little tourist spot is the prestigious Keio University on the same main street.

Keep walking on the right side of the road until you reach a Tully’s coffee, right next to it the basement entrance leads to the gym itself. You won’t miss the sign just above the entrance. 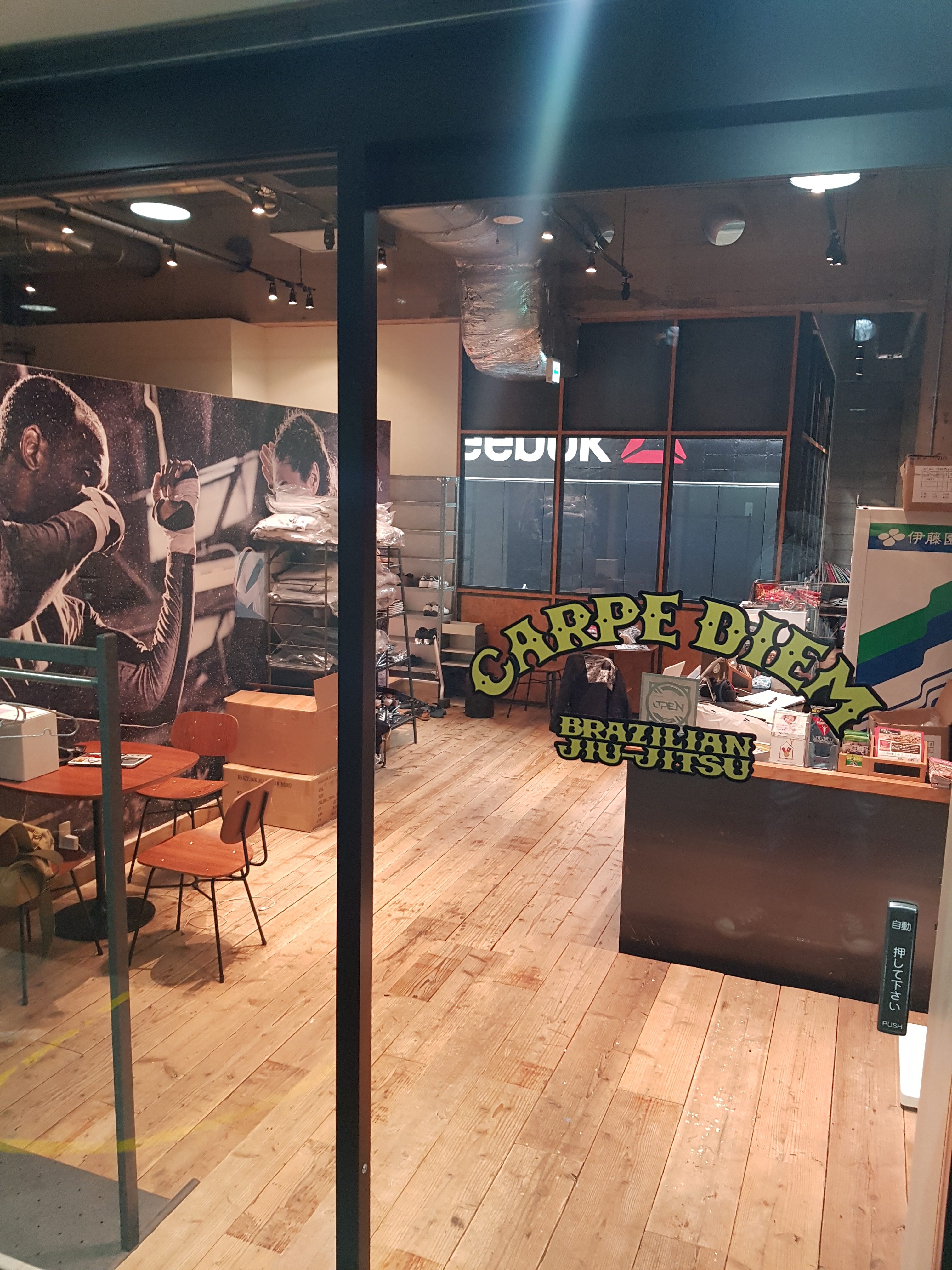 Masahiro Iwasaki greeted me and gave me all the relevant information needed and once the visitor fee (3000 yen) was paid for myself and my friend it was off to the races to train. The facilities once down the stairs in a word is impressive. There is a small lounge area where you can sit and relax before and after class with a little bench portion that peers into the separated dojo room for any visitors wanting to check out the classes on offer. Mats are clean, well-attended and taught by none other than the European silver medallist Masahiro Iwasaki. The white belt class which I caught the tail end of consists of 8 white belt students and Mr. Iwasaki taught a variant of sit up guard to single leg take down.

Once the technique portion ended the students were ready for sparring which I excused myself from watching to see what the men’s changing rooms were like. The flooring is a grey wood variation and despite the rotation of students regularly you can tell immediately that the gym is cleaned thoroughly and regularly. Students can make use of the 2 showers, 1 men’s bathroom and branded beauty products provided by the gym at their leisure. The female room from what a friend visiting told me is just as up to the high standards in the men’s changing rooms.

Rental Gi’s are available at 1000 yen and a free towel is provided to make use for the shower. There is also a drinks machine installed if you forget to pick up water on the way to class. If you want any gi’s, patches or key-chains they are all available in house. (Shoyoroll gi’s) 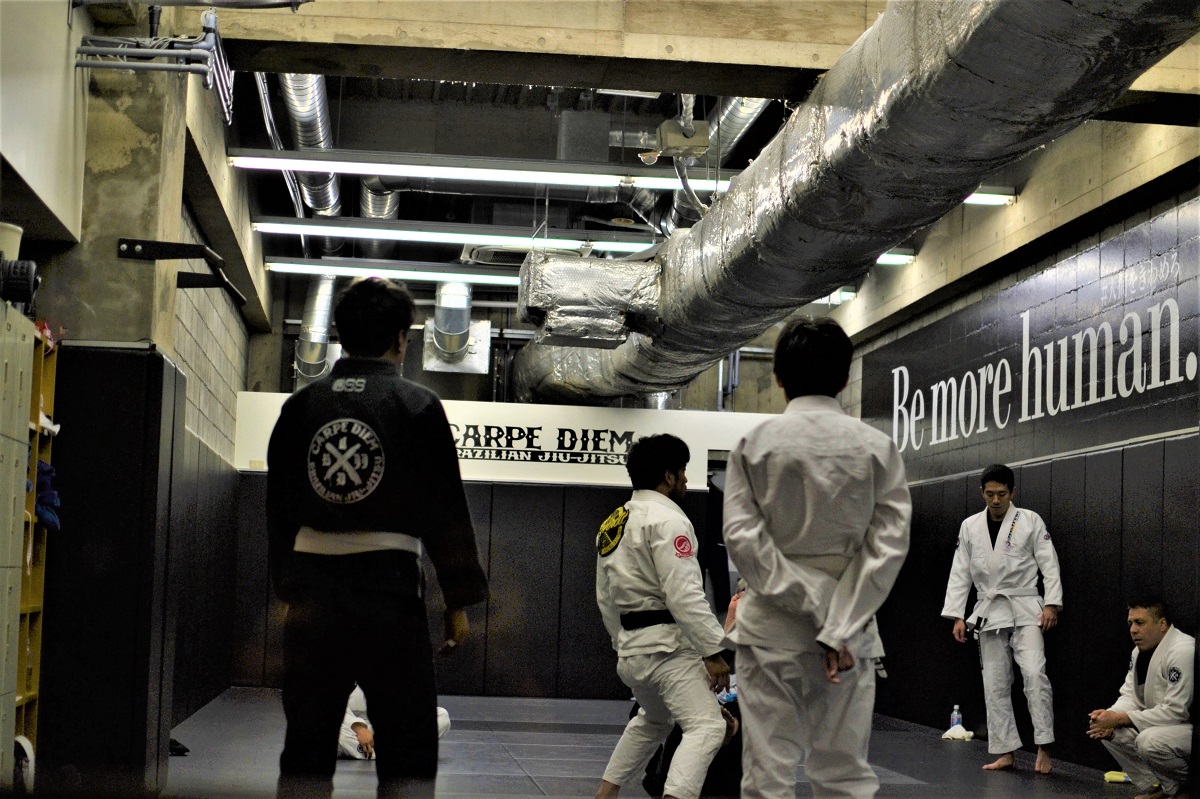 The all belt class begins bang on time at 2pm and we pair up after the instructor shows us a guard pass variation. Then we proceed onto a half guard pass variation, a Z guard smash pass and a closed guard pass. All instruction is taught in Japanese however being bilingual I was lucky enough to relay the instruction onto my drilling partner. The drilling and technique portion of class ends around 30 or 40 minutes into the class and we go straight into the sparring. 5-minute rounds with 30 second rests in between. With 25 coloured belts gracing the mats I had a good number of partners to spar with and did so well into the next open mat class from 3pm to 4pm.

I had the privilege to roll with 2 black belts one of which was the instructor Iwasaki himself.

The standards were high and the techniques modern, Iwasaki himself was both gracious and welcoming to the gym and I cannot thank him enough for the warm welcome and great class. 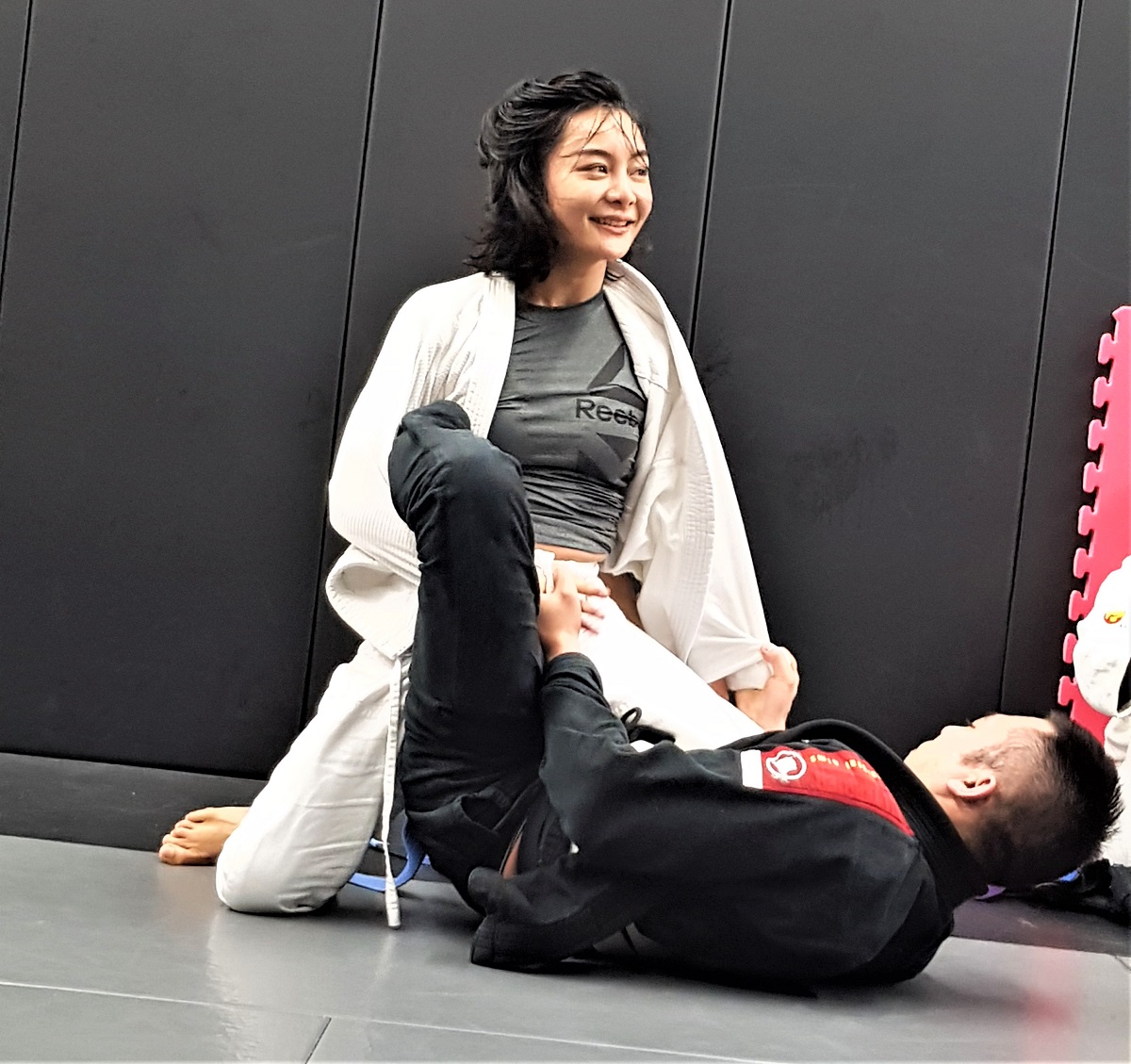 A clean, neat and well thought out space, foreigner friendly with great instruction. The hype is real and I would recommend anyone to train here if they have a chance to do so.

About the Head Instructor

Masahiro Iwasaki is Marco Barbosa Black Belt who has an extensive competitive background and is currently competing in the Light Weight division under Carpe Diem. 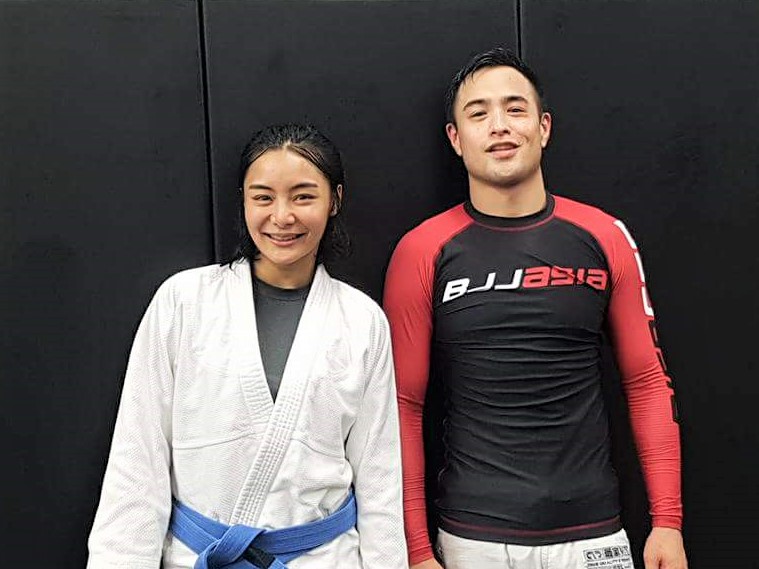