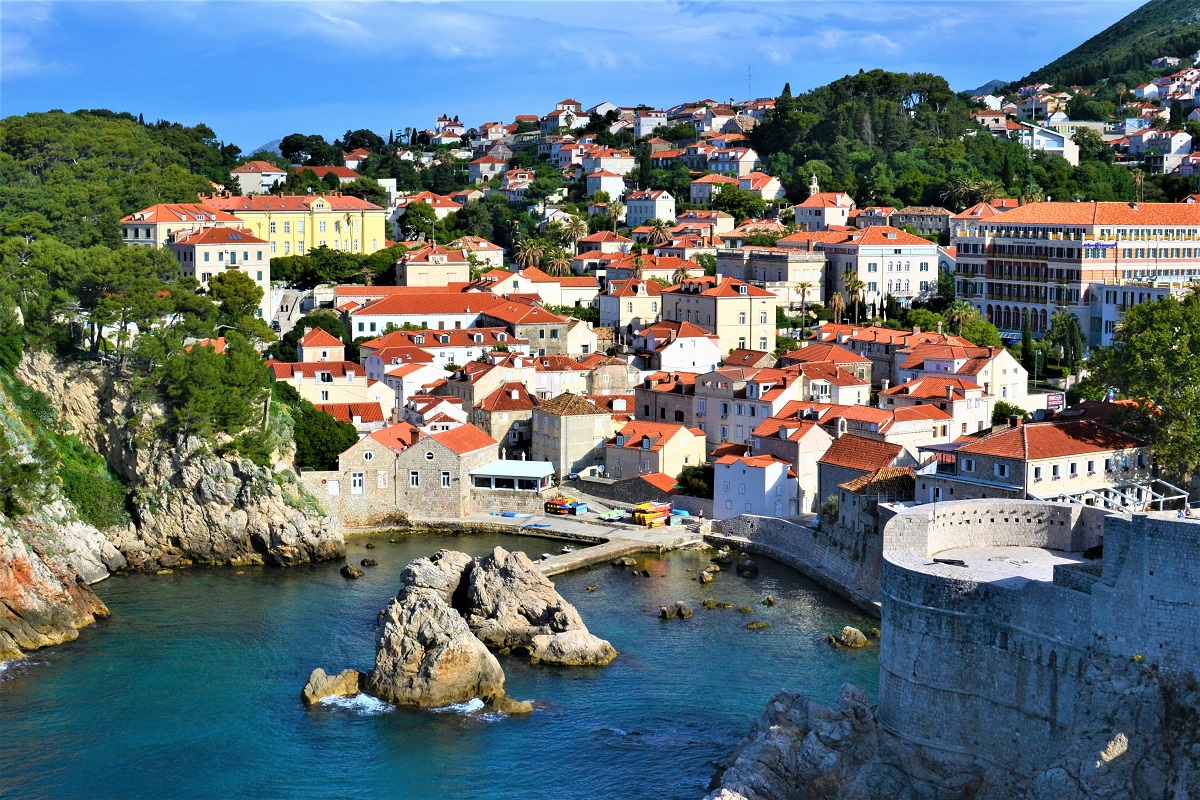 I had been given a lot of notice of the impending marriage of Christina and my old work mate Vipin for a long time. They had let me know that they wanted me at their wedding in either India (fuck that) or Dubrovnik in Croatia. A small nation that become a hot tourist spot over the years due largely to the popular TV show Game of Thrones in which Kings Landing was filmed. Just to clarify I have nothing against India or its people. My stomach does. In fact my stomach seems to have an issue with me period; therefore I thought the little town of Dubrovnik overlooking the Adriatic coast would be easier for my gut. So I accepted the invitation to Croatia and knew that in the month of May of 2017, I would watch my mate Vipin and Christina tie the knot in the beautiful seaside town of Dubrovnik. 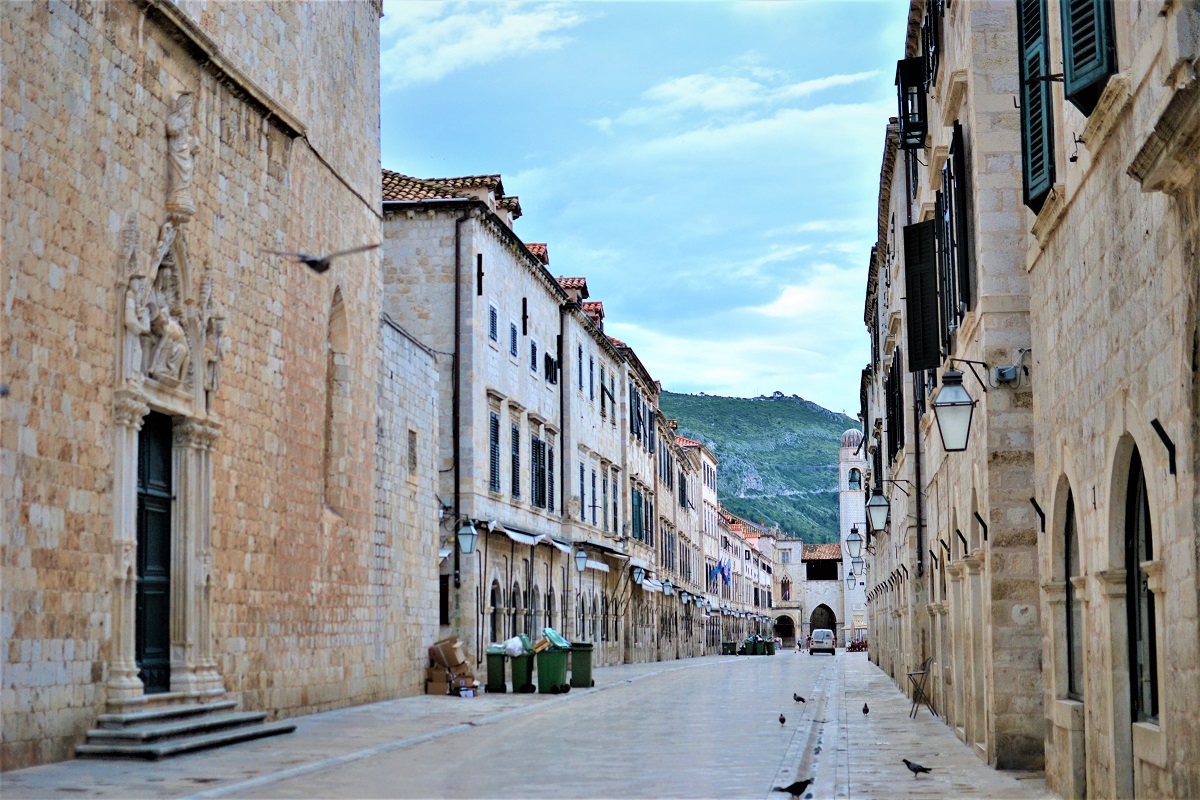 Now I know that the choice of the word ‘impending’ gives off a negative impression to the couples union, nothing could be further from the truth. It’s just my own insecurities on intimacy and my chronic bachelorhood that makes me use the term; this does not reflect the couple in the slightest. I have watched these two people progress from best friends in University working on their respective Post Graduate degrees to now; a driven power couple based in London. So, since I am going to travel what do I do? I Google BJJ in Dubrovnik. Do not judge me, it’s a wedding/vacation not a couples retreat or a work trip. 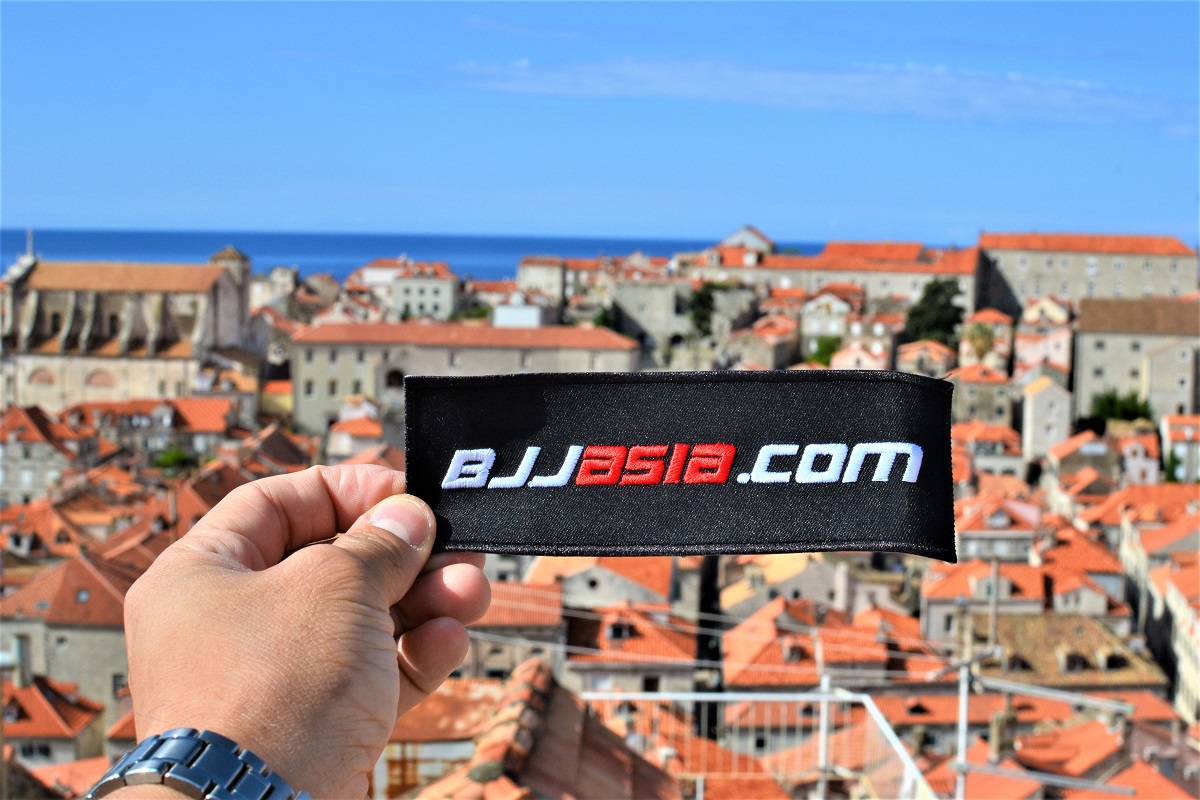 My plus 1 on this occasion is Jiu Jitsu and as lame as that sounds travelling and training have always been a large part of my travel experience. So what did google come up with? Nothing, Forums on Facebook? Nothing. Slightly disheartened I started searching hashtags on Instagram, managing to stumble upon a certain individual training in Dubrovnik with the Gladiator MMA team. Elated, I slid in a DM (direct message) to Mr. Alexandr and asked him for some details on training in Dubrovnik and my chances of getting in a session or two with them.
The response was not promising as Aleksandr went back and forth between Zagreb and Dubrovnik and he may not be available during my time there. But he did recommend me to contact a Mr. Karlo Caput who could arrange training with their local MMA team. Happily, I thanked him and packed both training gear and got ready for my long flight and long ass layover in Istanbul. Just long enough to teeter off the edge of sanity in transit and just short enough where I can’t leave the airport to see what Turkey has to offer. 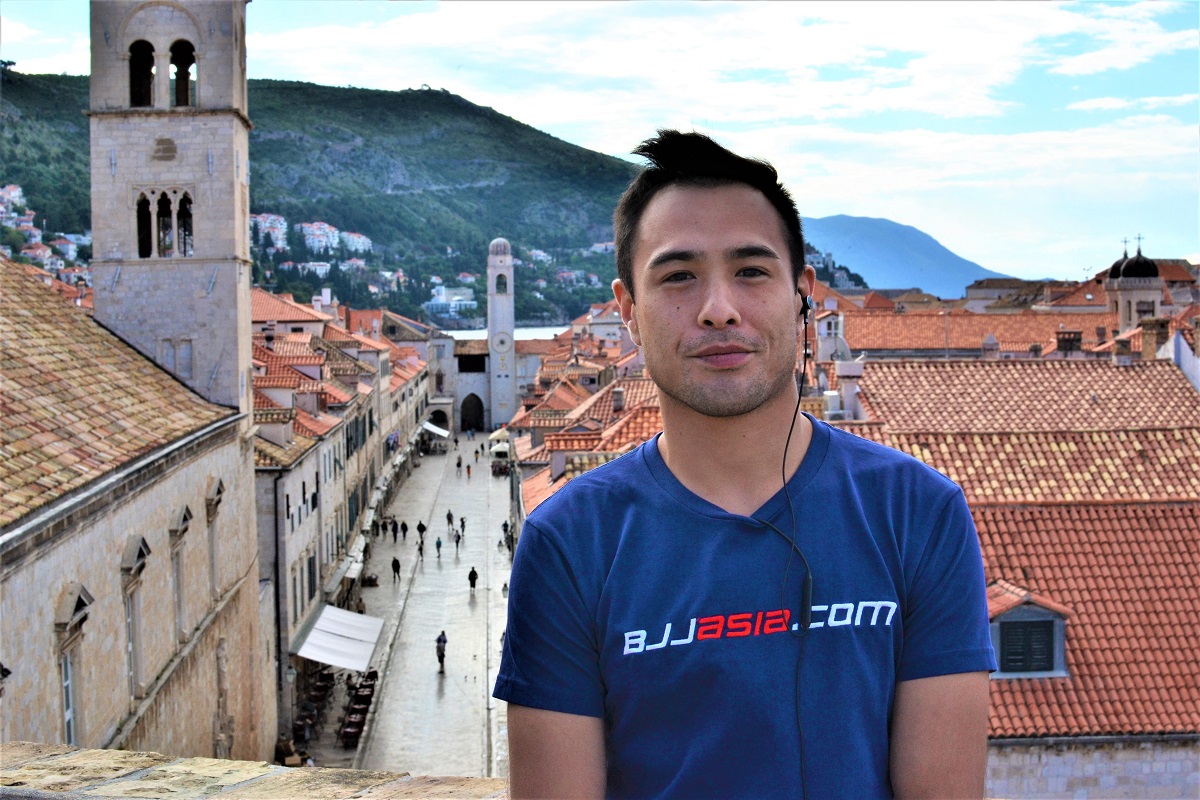 The first leg of the trip was on a Friday with a 12 hour flight to Turkey from Narita. Fortunately for me I got a seat next to a gentleman who can only be described as rotund oozing onto my side of the seat and stinking of alcohol. I was however given the choice of seat prior as the alternative to stinky was sitting next to a screaming baby for 12 hours. I felt I chose wisely but it didn’t help my impulse to elbow the man’s face when he snored and burped on me.
After the 12 hour flight and the residual effect from the sedative plus wine I stumbled out of the plane into Istanbul airport at 4:30am Saturday, fully aware that I had 5 hours to kill with little else to do but wait impatiently until my flight was called. Eventually, my flight was called on time and as I got on the plane I promised myself to make sure my flight home would not be as infuriating as the last. Once arriving safely into Dubrovnik airport I managed to find my ride to the apartment and shared a van to the location feeling only slightly violated from the 20 hour trip from Japan. 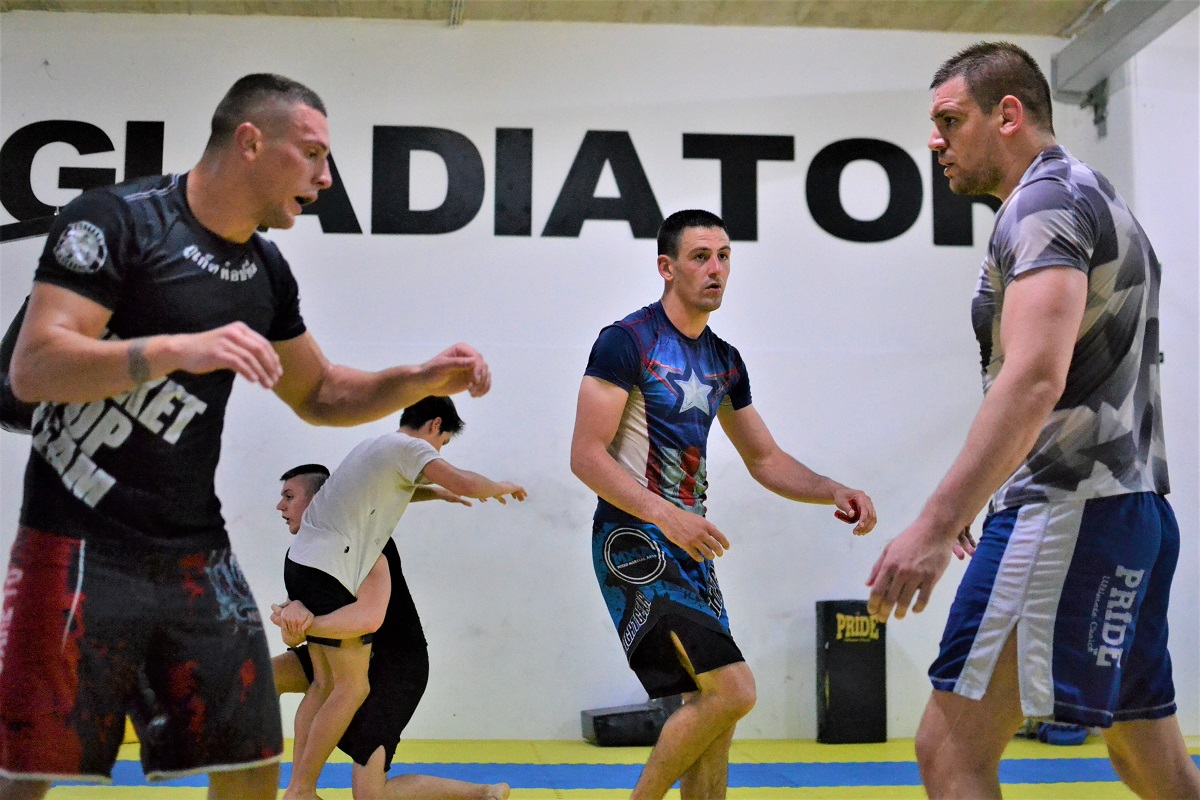 Once settled, I made my way to the little town of Dubrovnik to meet the happy couple for a quick lunch. I made my way down to the ancient city of old town to look around find my mate Vipin and Christina for lunch. On a side note once couples marry I feel as if referring to them as a single entity is appropriate. The city was breathtaking unfortunately it was ruined by the 20 hours of travel therefore I bid my farewells and promised both Vipin and Christina I would see them after the training session at 4pm I had arranged.
I woke 13 hours later at 4:30am Sunday missing both the training and dinner. Apparently during the 13 hour coma I had slept through a thunderstorm and a miscarriage of an unfortunate wedding guest. Feeling revitalized by the mini coma I decided to get the Nikon out and take some photos of the beautiful town at dawn and wait for the walls to be open at 8:00am. Walking through the narrow city streets, I was suprised to see party goers coming out of the local club stinking of pot at 6:00am. Eyes wide no doubt from the party prescription they had taken that evening. Walking past the party goers I proceeded through the streets and took photos until the walls opened at 8:00am. Set aside the GOT the city is magnificent in its own right, preserved for hundreds of years, a well preserved piece of history and the wall gave you all angles of the town and you could feel yourself within a town in which time froze. 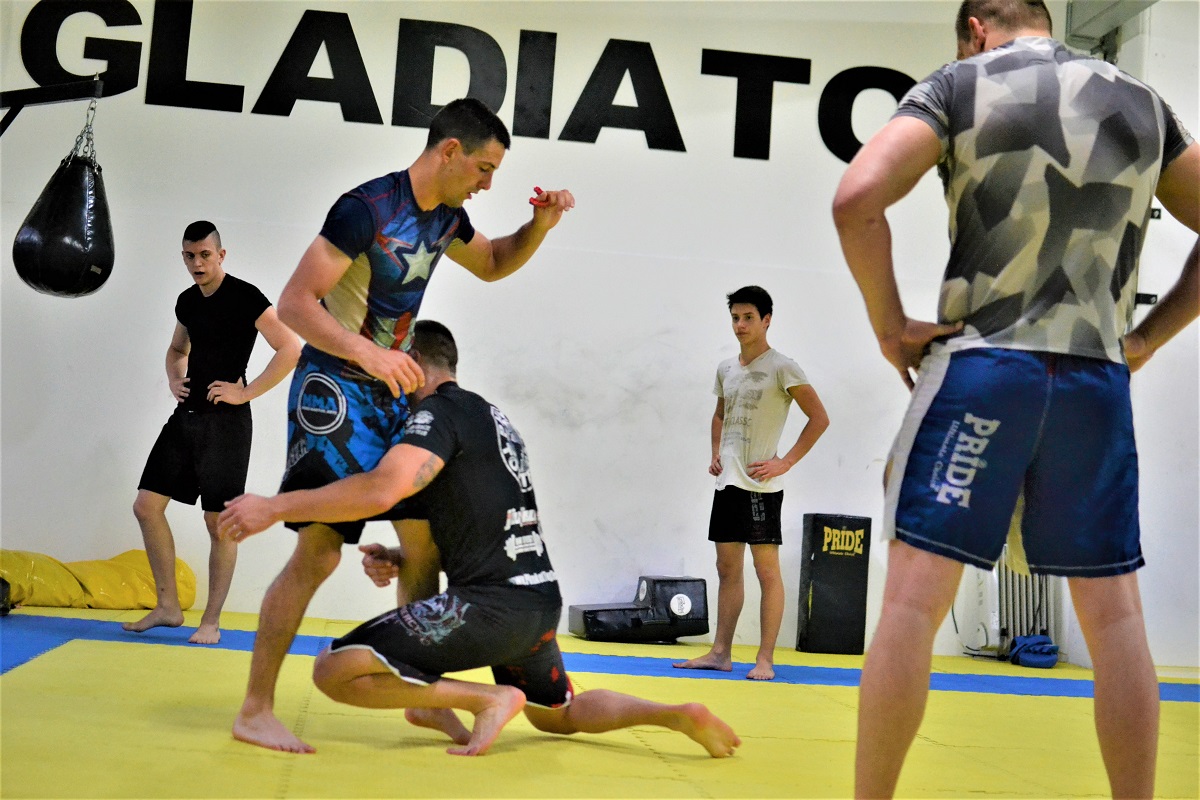 2:30pm rolls around, the scheduled time to meet a few of the male guests and the groom to be and we set off for beers, food and debauchery. Given this is a catholic country with 2 clubs I was sceptical of the prospects on a Sunday. The night culminated in too many beers, the worst heart burn of my life by bread, so much fucking bread and having had enough, I stumbled out of the Irish pub in which we spent a bulk of the time watching an increasingly angry pub employee making sure guests did not overflow out of the pub with drinks in tow. Once I got bored and couldn’t get any drunk than I already was I said fuck it and left for my bed up a ton of stairs. So many stairs back to my apartment in fact I’m pretty sure my cardio improved.
I awoke a little later in the morning with the usual alcohol remorse and I promised myself that today I would treat myself to an evening of grappling with the Gladiator MMA Team. Karlo, one of the resident fighters of the team was nice enough to pick me up and take me to the facility where they trained which turned out to be a hospital. Once inside we get changed into no gi gear and start the stretching and getting ready before 6 other team mates join class and a man that can only be described as a Croatian hulk begins the team warm up. Karlo then takes over after a light jog around the mats space and we practice wrestling drills and triangle at the end of which we begin to roll. Croatia has a long standing love of Japan and as it turned out judo as well. As Karlo effortlessly ragdolls me to the ground and executes a few well timed leg locks on me. We go through roughly 5 rounds of rolling and luckily I was spared the 2 big men who can only be described as hulks. (Though as you can see clearly the 15 year old in the photo is the only guy my size while the rest stand 5’10 and above)
We sit and chat a little before the next class directed by another MMA fighter and I am then given a lift by Karlo to have a post work out smoothie at a friend’s stall. They both tell me about Croatia, its history and Karlo’s aspirations as a fighter (Currently 7-0)and his desire to fight in Japan one day like his hero Crocop did dominating Pride (a now defunct MMA organization). 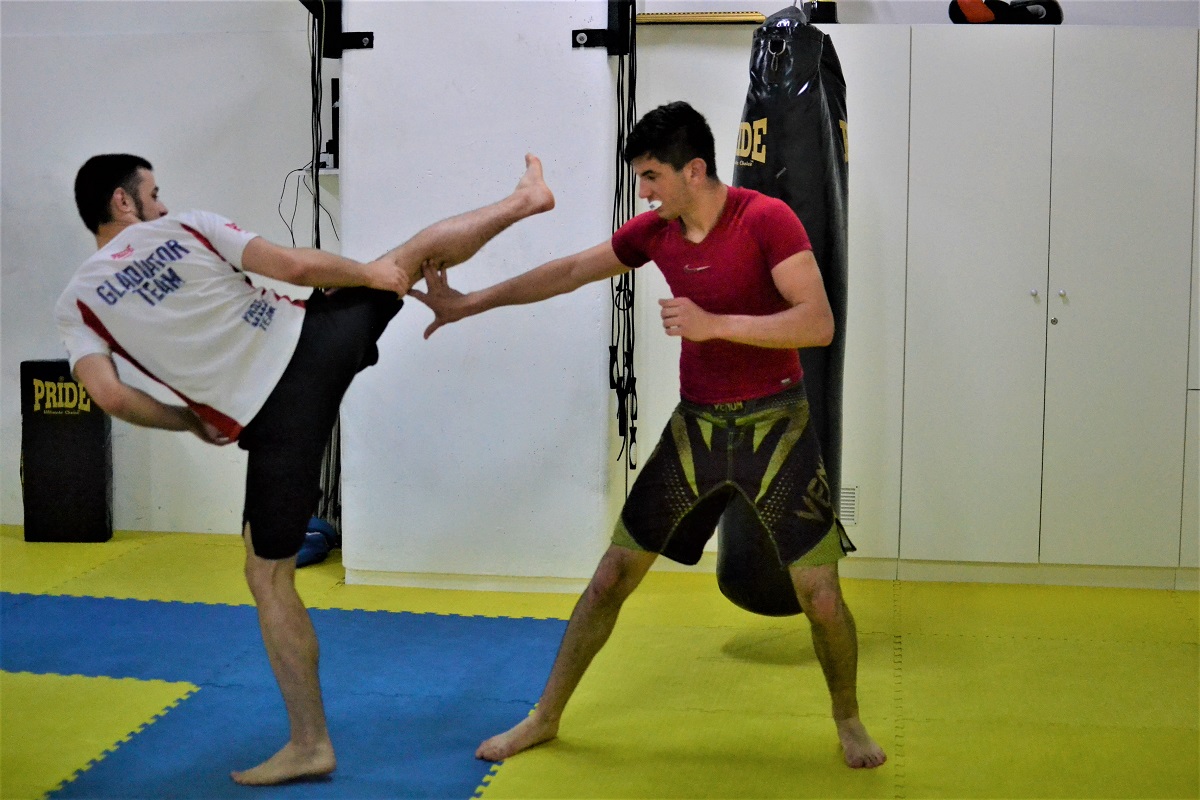 Karlo drops me off home and he offers me to come train with him again while I’m there and we shake hands and off he goes as he has work early in the morning. Despite being in a hospital the facility was large, had clean showers, tall ceilings and filled with very motivated young fighters. Later I learned they were all at least 5 years younger than me. Well apart from the 15 year old that was my height. The team are very welcoming, offer expert grappling both gi and no gi and I cannot recommend to drop in to train enough. 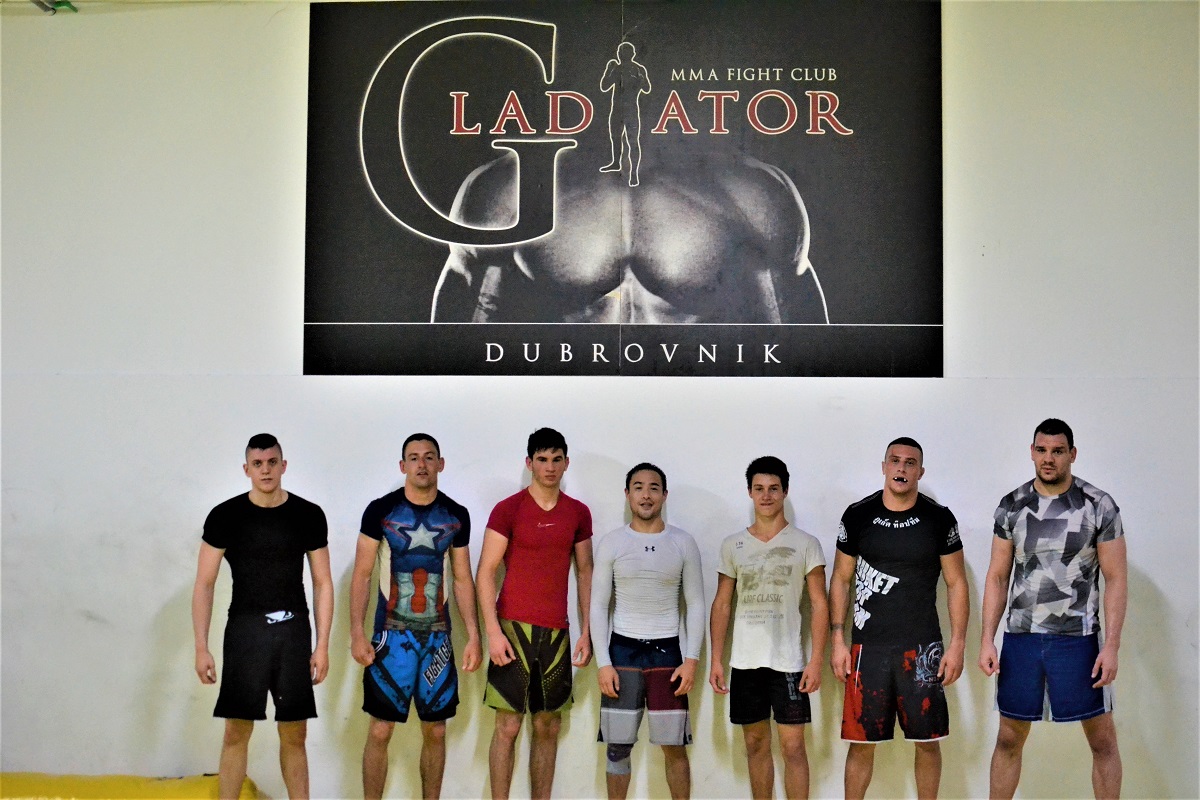