As an avid competitor Mike has traveled extensively around the world and has competed in competitions in both Gi and No gi with great success.
Formerly based in the UK, Mike traveled to South East Asia and having spent time in Thailand, Singapore and Malaysia he is now based himself in Kuala Lumpur, Malaysia where he heads his gym AOS (Art of Submission) Studio as part of the GFTeam Malaysia affiliation under Professor Pedro Falbo. 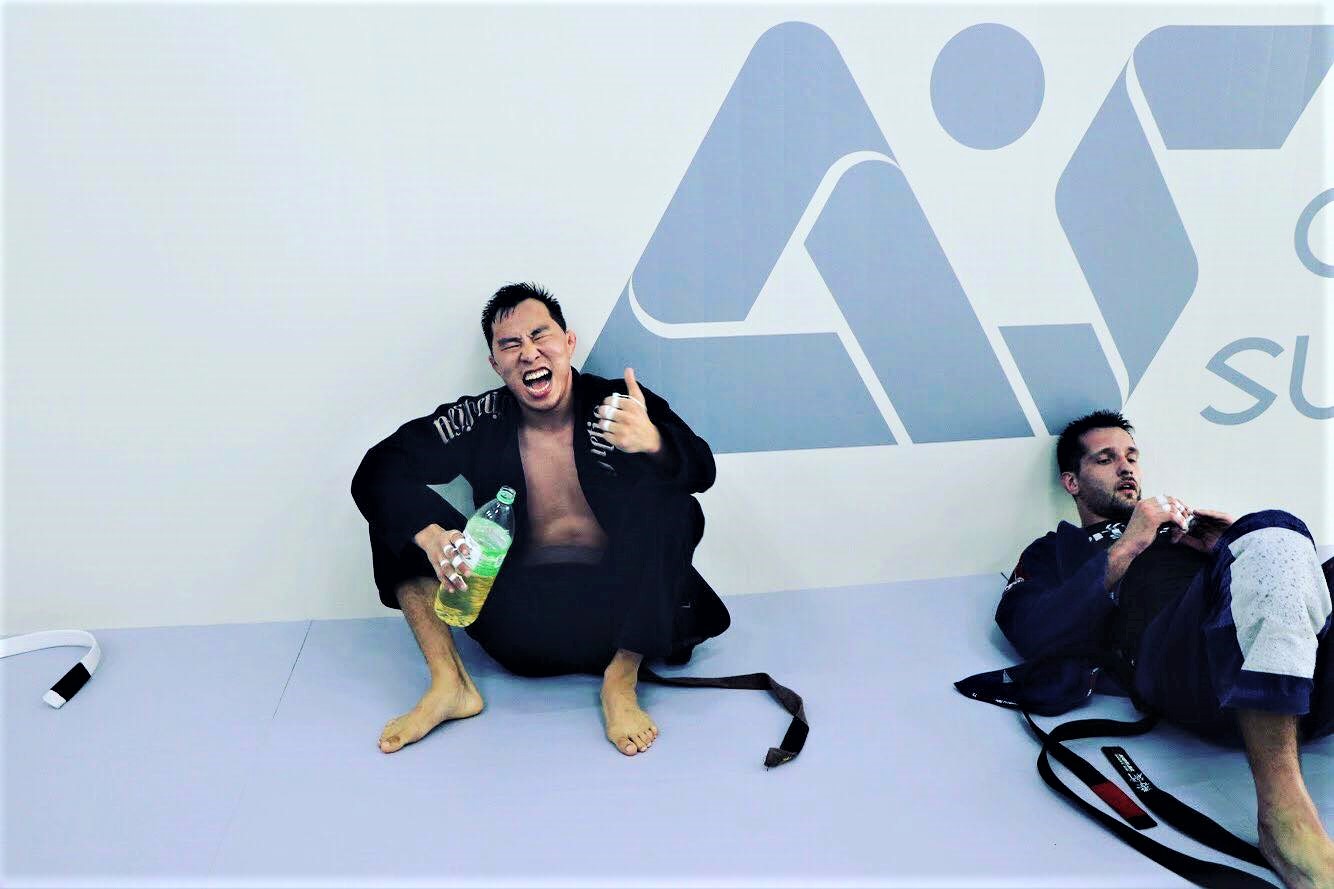 Let’s start with the origins of ‘Red Uka’ and BJJ. How did you come about to training in BJJ?

Like most others who get into BJJ I guess, I was already practising some striking and decided to try a NOGI class which was on after my kick boxing class at the MMA gym I was training in at the time, when I was in my late teens back in London. Got my ass kicked and decided to take a break from striking until I “learnt” this Brazilian Jiu-Jitsu thing and here I am still learning some 10 or so more years later LOL.

You have a traditional background in martial arts; so based off of this generic question did ‘Jiu Jitsu save your life?’

I did some karate and some other traditional martial arts when I was a kid, like most people I imagine but nothing serious until I started boxing when I was about 15 years old. So I’m not sure if I would say I have a background but as for BJJ saving my life, for sure I owe a lot to Jiu-Jitsu, among the many important things I have learned or gained from practising BJJ such as confidence, social skills and improved observation analysis. By far the most important thing I would say I have gained is “learning how to think”, now as funny as that sounds I don’t believe enough people are taught to think right without any biases or being inhibited by their emotions at a particular point in time. If you’re unable to think clearly without being overwhelmed by emotions such as anger or fear, then you will have lost before you even begin the match. 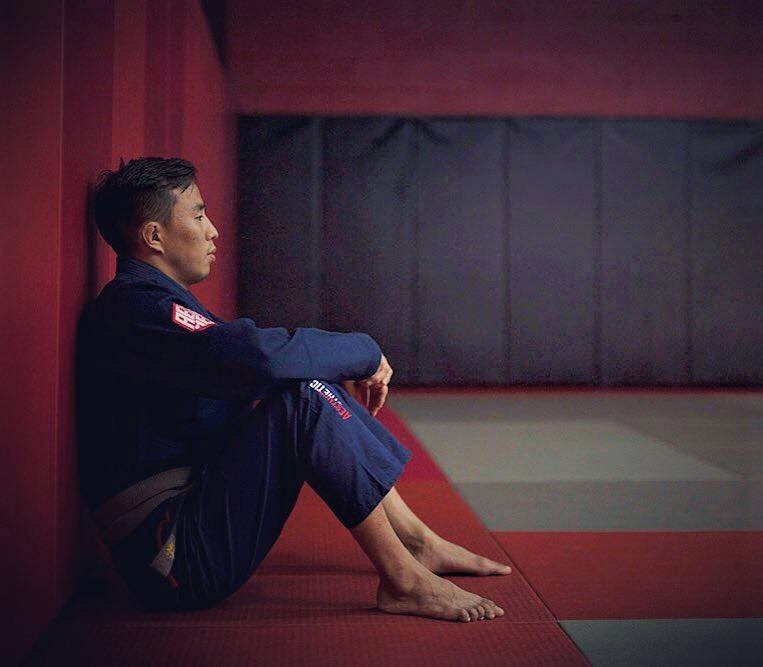 At first I found it pretty challenging to balance both roles as a coach while being an active competitor (not as active as I would like to be), however I soon realised that it is in fact more beneficial to be a coach and a competitor rather than a full time athlete who just follows all the instructions of their coach, without having to think why. Now I’m not saying it’s the easiest way but I do believe it will help more in the long run to have worked out details for yourself through trial and error rather than just having someone tell you what to do. Because provided that you can solve the problem at hand, you can then use the same concept to then solve more BJJ problems and evolve a game of your very own with a unique style that’s best suited for you rather than trying to mimic a coach’s style that was best suited to him. So I always encourage my students to try new things and cross-train as much as possible to maximise the amount of research material for the development of your style. 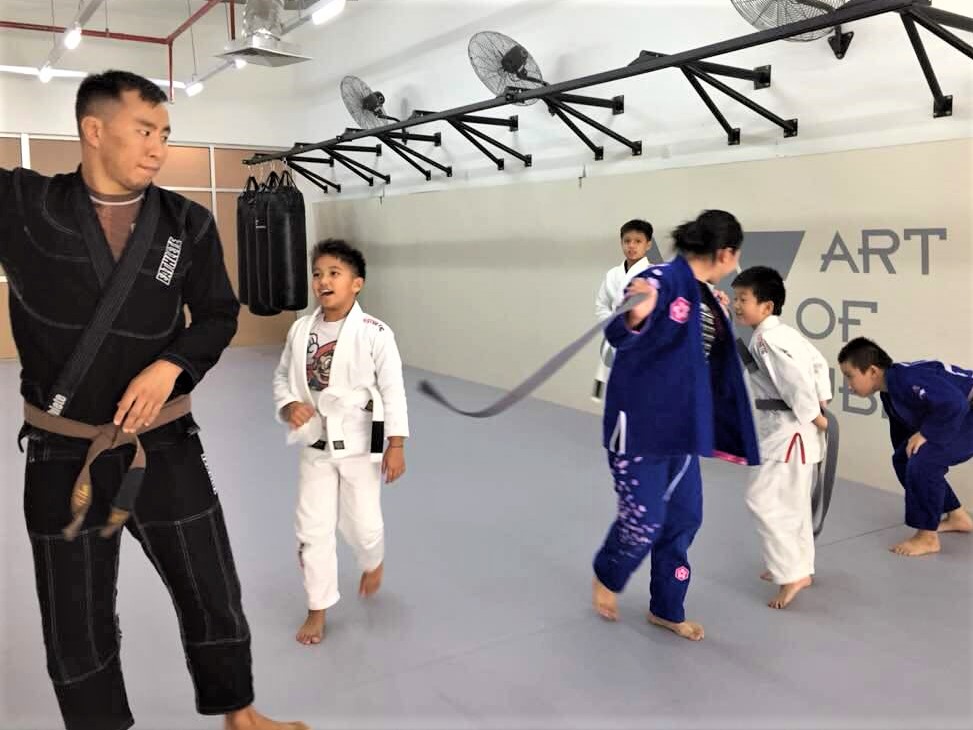 What would you consider an optimal training and nutritional plan? What has worked for you?

I used to follow a very strict diet to cut weight before competitions paired with an extremely tough training program, which I used to stick to no matter if I was injured or sick but needless to say that wasn’t sustainable. After multiple injuries and great deal of emotional stress LOL, I have learned to listen to my body and relax more when it comes to training and competition, so I don’t take it as seriously these days but more importantly I try make it sustainable and continuous, which I found yielded better results for me. So for example, I do more yoga and jogging and less heavy lifting, I don’t spar hard everyday any more and try to limit it to about 2/3 times a week while making sure I get enough to eat to recover and rejuvenate. 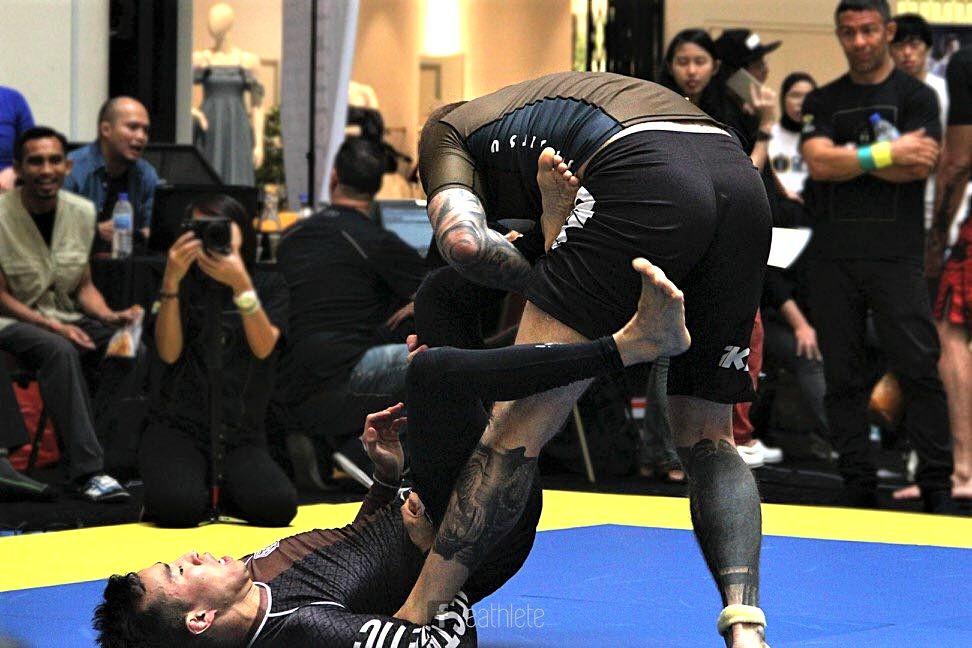 It’s very difficult for me to make solid plans at this point in time because not only do I coach at the gym (AOS studio), I manage and run the day to day operations as well so its a timing issue for me. If I am able to find someone to help to cover my duties and classes I would very much like to participate in as many of the major international or even regional competition as much as possible. And some sponsors wouldn’t hurt either LOL. As for goals outside of BJJ, I would like to make the gym a success and self-sustaining so I can travel and compete more, maybe help spread BJJ to new parts of the world where it’s less known. I would also like to become a certified yoga instructor as well. And I got a few other ideas for the future after I slow down on the BJJ in my later years but nothing concrete just yet, so I’m looking forward to seeing how life turns out. 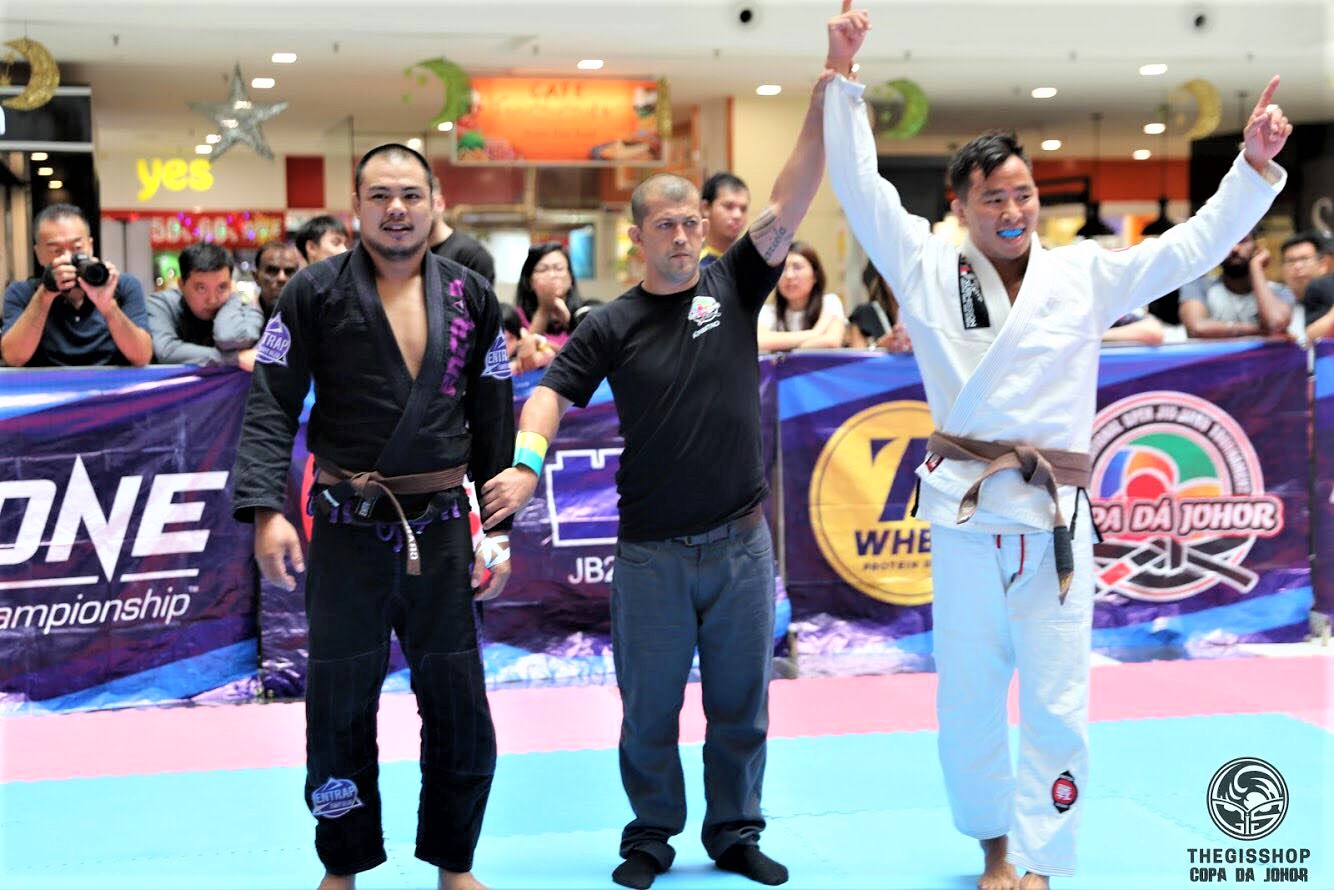 Out of all of the competitions that you have entered which was the most important to you personally?

That’s a tough one, I never really thought about that before, hard to say really but if I had to choose, I would say it was when I was a purple belt back in 2012 at the IBJJF London open, because earlier that year I had lost in the second round at the Europeans to the winner but I was able to win in a bracket with 2 European champions to win gold at the London open. This gave me the confidence that I can actually beat these guys, but now i just needed make sure it was at the right competition for the right title when I did beat them. 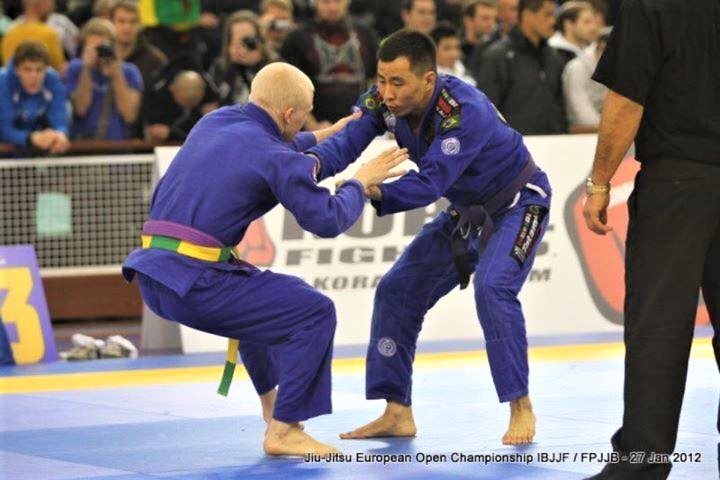 What are your thoughts of the current scene of Jiu Jitsu in Asia?

I think its developing fast and in the near future I think we can expect to see some real competitors coming out from SEA on the international scene, I have already seen one of my old students from Malaysia medal at the IBJJF worlds in adults blue belt middle weight division, which is no easy task. However I’m sure it will still be long awhile before it catches up to the likes of the U.S or Brazil but even so I can only picture BJJ growing more and more in the region with no signs of slowing down with ever increasing interest from world class competitors to come to the region whether for seminars or for an opportunity to live and teach as expatriates. 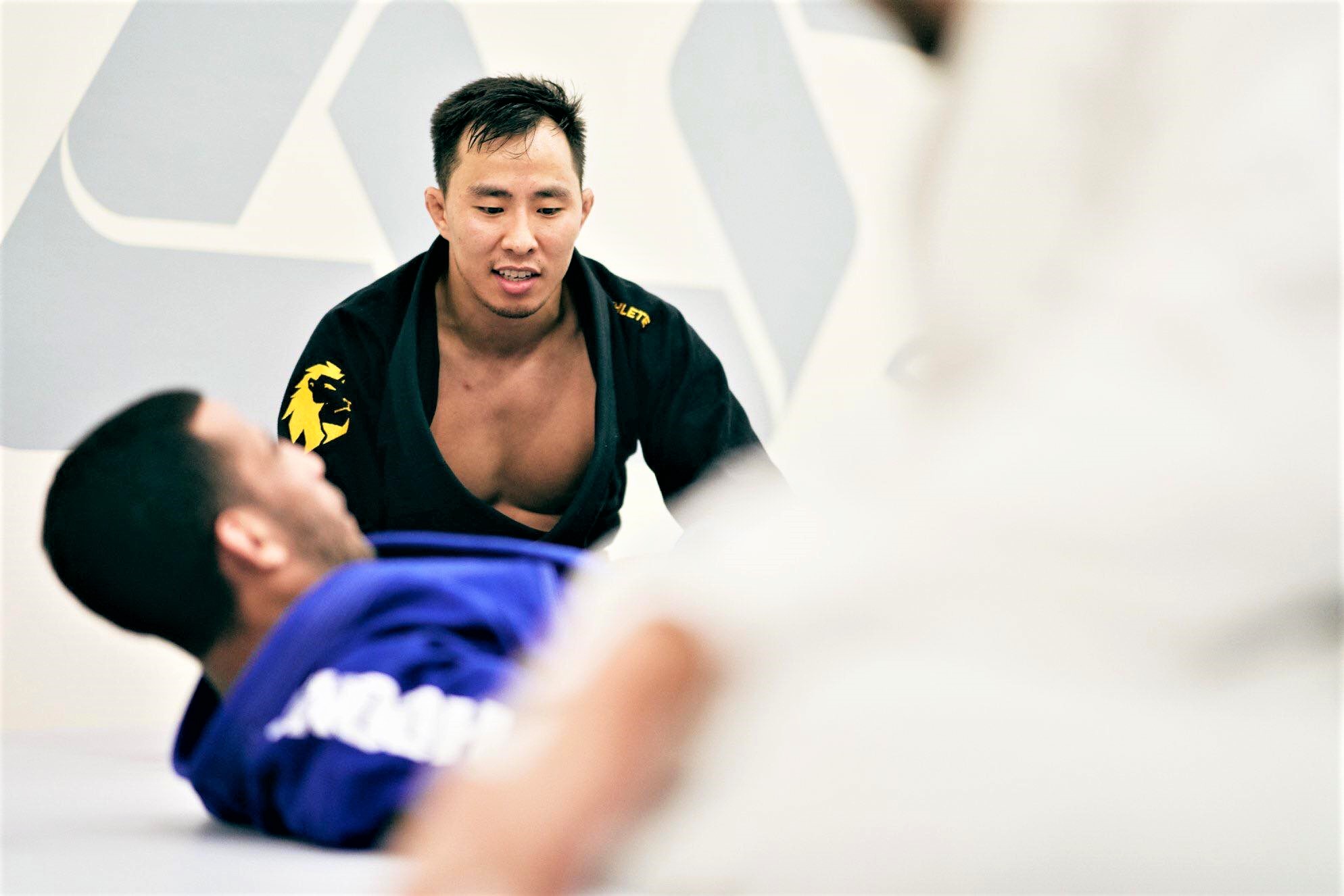 How do you find the training environment abroad in comparison to that of your home gym in the UK?

In London there are a lot of high level black belts so naturally one would improve faster if one has better training partners but otherwise it’s pretty much the same to be honest, besides the heat of course. However having said that I do feel like I have improved my BJJ considerably in Kuala Lumpur, thanks to the help of my many visiting black belts and a few good local based Black belts including professor Pedro, Bruninho and my good friend Ian. So I’m pretty grateful to have these people around otherwise I’m not sure how long I would have been able to stick around for. 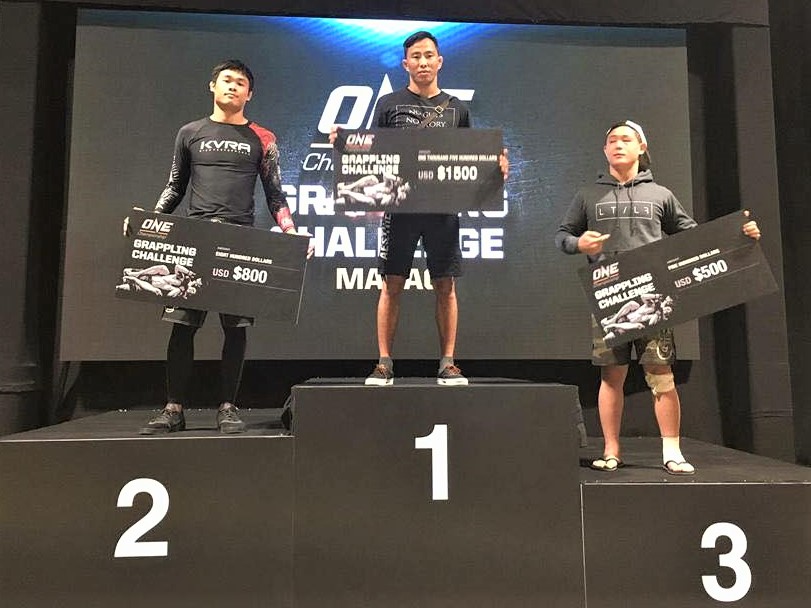 Are there any similarities or distinct feature gym to gym in the various countries you visit?

I’m not sure about distinct features exactly however I do find that each country I visit has a very similar “vibe”, so for example I find its very chilled and relaxed in Malaysia with very minimal structure, whereas other countries might have a bit more traditional and serious vibe to their gyms. But then again I think that depends more on the instructor and less on the country. Sorry that’s the best I got for that question. I guess a distinct feature at our gym in Mont Kiara would be the foot wash area with a hose that members can use before stepping on to the mats, as you can tell we’re a bit OCD about hygiene at AOS studio. 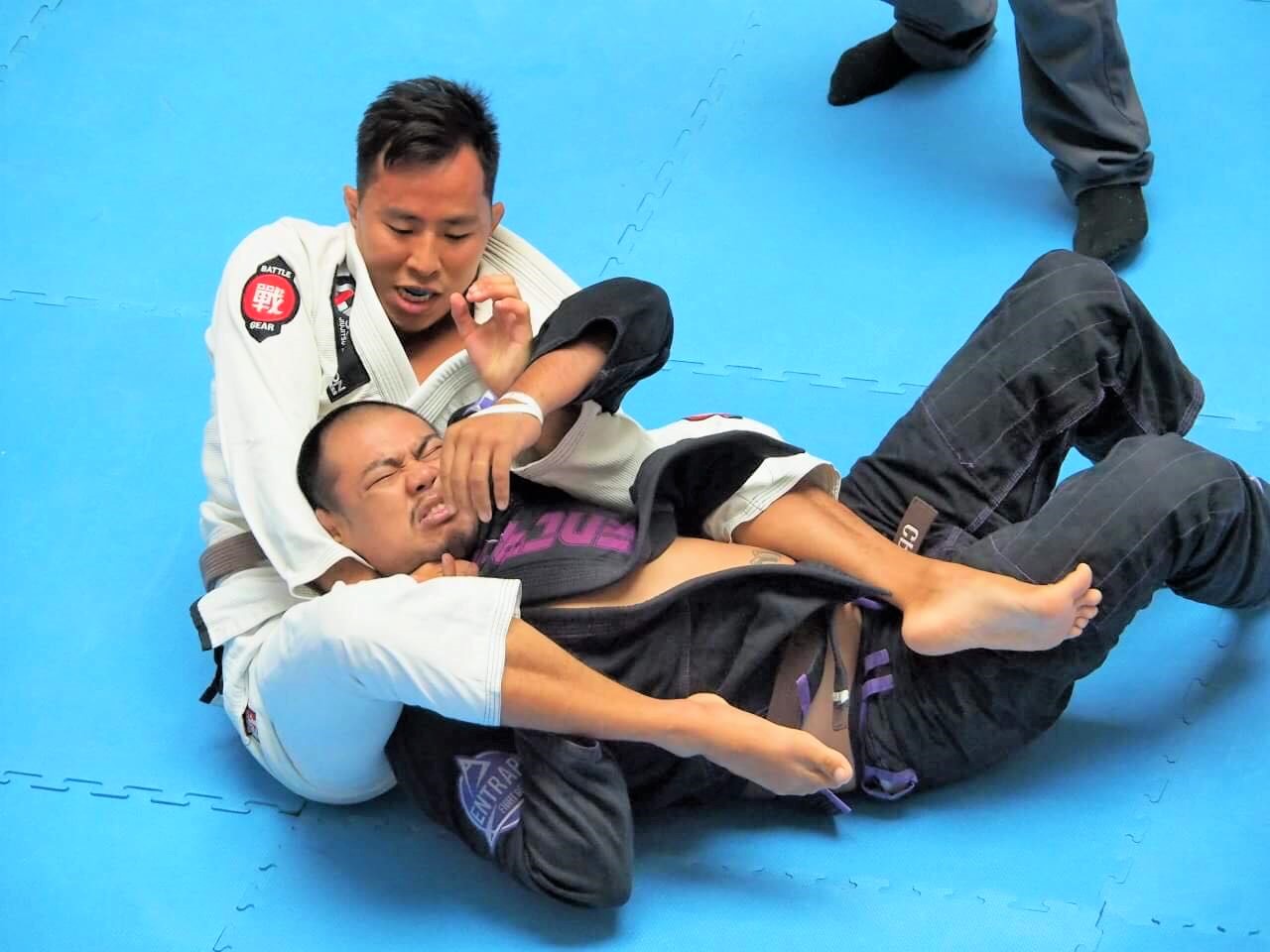 Can you tell us a little more about your initial involvement with Aesthetic and how this came about to you being based in Malaysia prior to opening AOS Studio?

So one of the owners of Aesthetic was a student of mine when I used to teach back in London so when he was going back to Malaysia after finishing his studies in the UK, he invited me to come and try teaching out there. I was young and keen to see new parts of the world and so I came out here not planning to stay any real length of time but now I find myself still here after about 4/5 years LOL. I really enjoyed the freedom and the opportunity to have my own gym and live the “BJJ lifestyle” full time. Unfortunately since then I have parted ways with Aesthetic but the goal is still the same and I don’t plan on repeating any of the same mistakes I made before, I also wish the best of luck for Aesthetic in the future for their business. 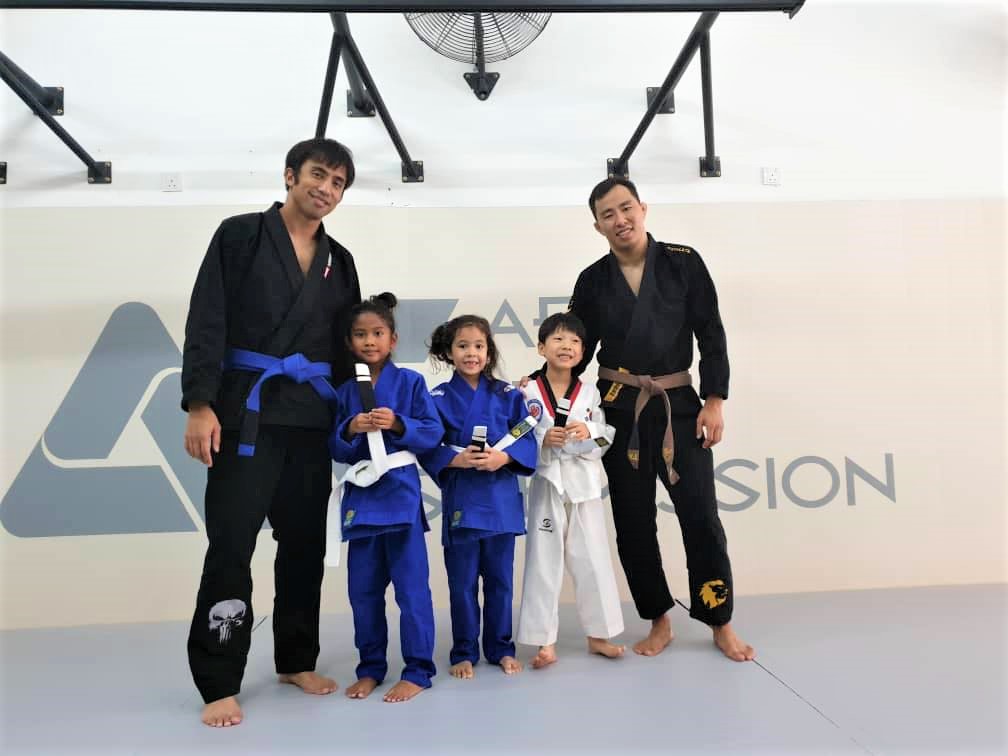 Which is your favourite city and why?

As much as I love Kuala Lumpur, I must say London is my favourite city, having grown up there I didn’t really appreciate the character of the city but after some time away from family and friends I do understand how truly unique the city is. Followed closely by Bali and Thailand. 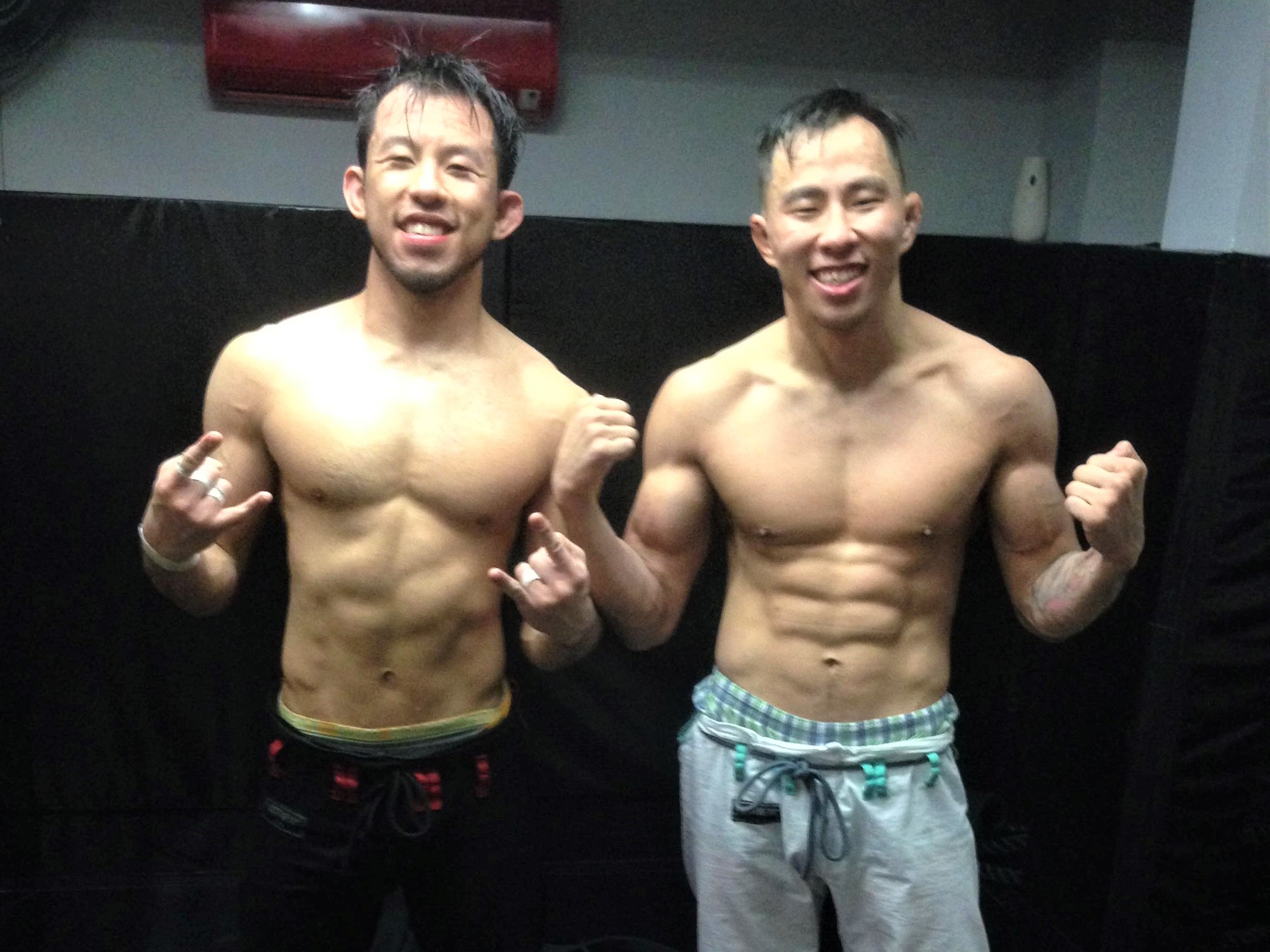 Who’s more handsome you or Ian Lee and why?

Please don’t ask silly questions, ME! OF COURSE! LOL, I’m just kidding, its funny but we get asked if we’re brothers a lot and Facebook even asks me tag myself in pictures of Ian from time to time.

Lastly, who would like to thank? (Sponsors, Team mates)

It would be an extremely boring and endless list of names if I thanked everyone that has helped me along, but I do want to give a special shout out to Professor Pedro as well as all my previous professors and to Chris, Nick and Eathlete for sponsoring me with gis, oh and of course to BJJ Asia for giving me this opportunity to share a little bit about myself. OSS! 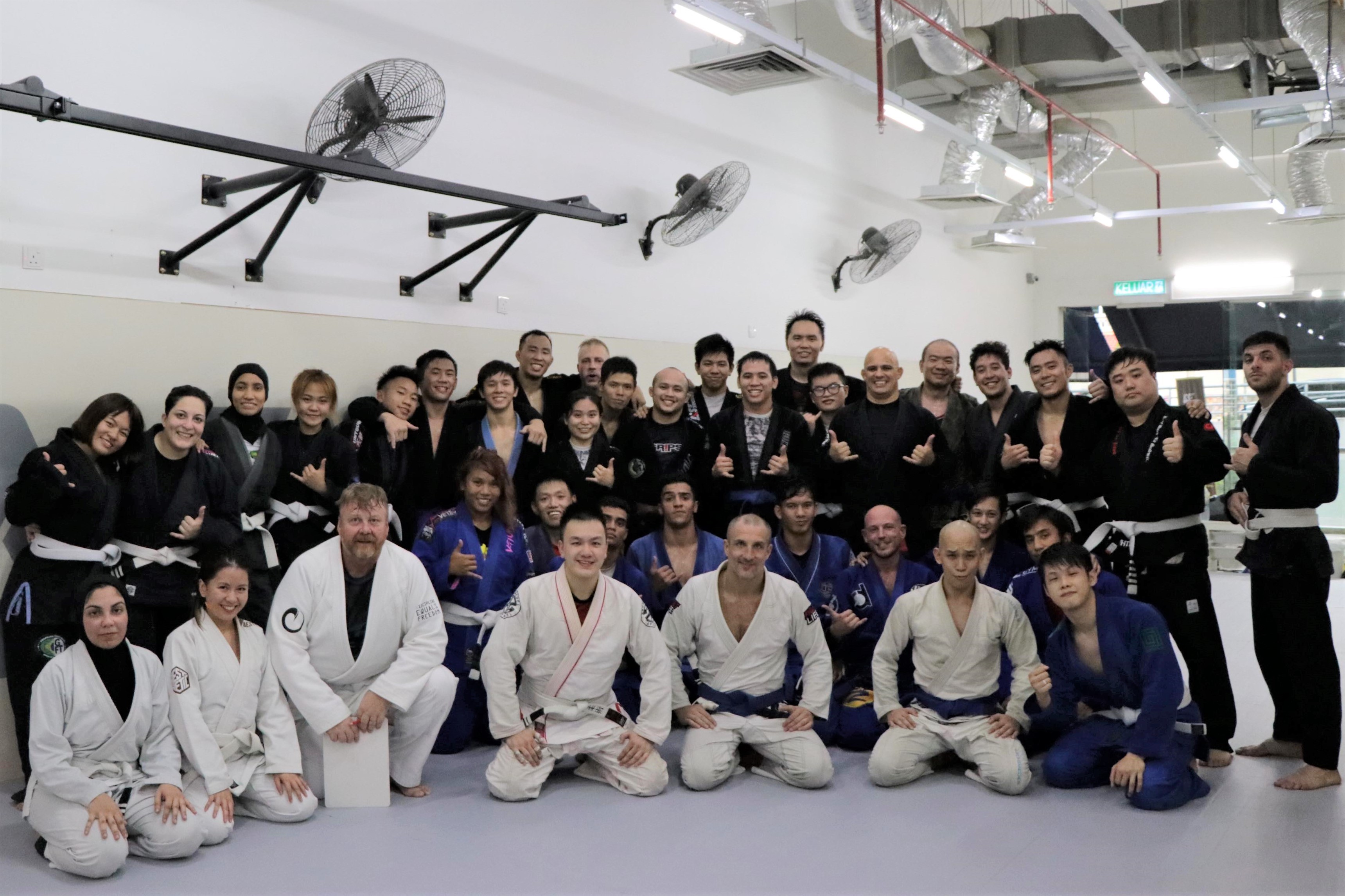 We would also like to congratulate Mike on his recent promotion to Faixa Preta after 11 years of hard work and dedication to the Gentle Art!! 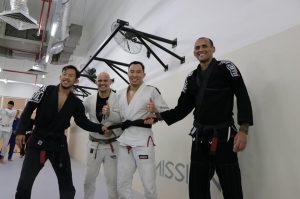 Mac is a former Businessman in the Japanese Construction Industry.

Hearing is calling, he left his former life behind him to bring Functional Fitness to Myanmar.

Now a Manager, he coaches both Trainers and Clients alike.

In his spare time he is the Head Instructor for BJJ Myanmar.

No images found!
Try some other hashtag or username